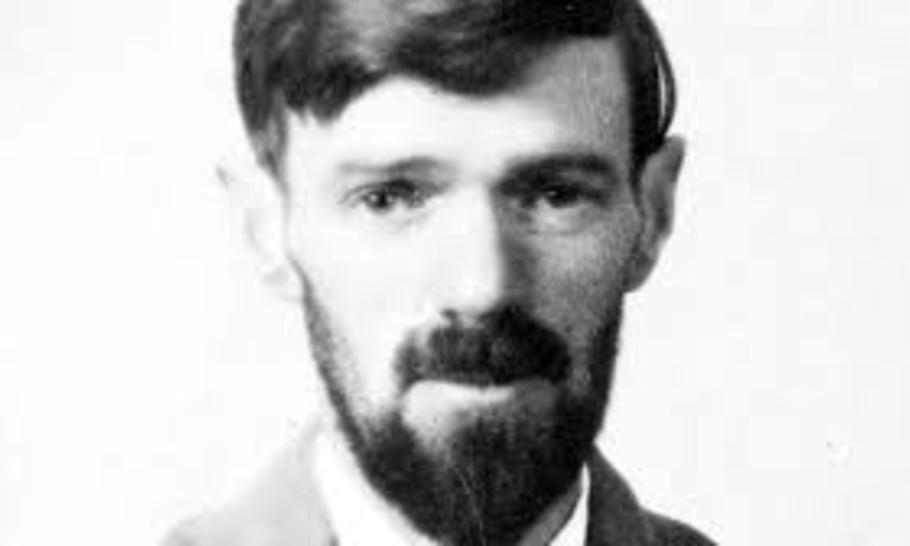 In Burning Man (Bloomsbury, £22.50), Frances Wilson, in her acclaimed new biography of DH Lawrence, challenges Kate Millett’s 1969 attack on Lawrence as a literary misogynist. That attack dealt a mortal blow to his reputation and forced him off university reading lists. Wilson admires him and rescues the great writer of Women in Love, Sea and Sardinia and Birds, Beasts and Flowers. She praises “his solidarity with the instincts, his willingness to cause offence, his rants, his earnestness, his identification with animals and birds, his forensic analyses of sexual jealousy, the rapidity of his thought, the heat of his sentences.” But she is not Lawrence’s first female biographer; Brenda Maddox preceded her in 1996.

Wilson’s book is based almost entirely on printed sources, and even the photos on matte paper are familiar. So, like most literary biographers, she needed an apparently new approach to attract a publisher. She stakes her dubious claim to originality by focusing on Lawrence’s middle years from 1915 to 1925, though in 1996 Mark Kinkead-Weekes published a volume on Lawrence’s decade from 1912 to 1922. Wilson gives “major roles to those figures otherwise assumed to be minor” and aims “to reveal a lesser-known Lawrence through introducing his lesser-known works”. To make Lawrence more appealing, she strategically excludes his contentious “leadership” novels: Kangaroo and The Plumed Serpent. She divides her book into three sections — on his life in England, Italy and America — highlighting in each his wife Frieda, his parasitic friend Maurice Magnus and his patron Mabel Luhan.

Wilson’s intelligent, well-written and lively book is radically flawed by dozens of far-fetched comparisons of Lawrence to Dante, with Shelley thrown into the mix, which interrupt the narrative and are more distracting than illuminating. Wilson declares with typical obfuscation, “In his pursuit of Paradise, however, Maurice Magnus took on a major role: replacing Shelley as Lawrence’s guide, he led the pilgrim up the mountain of Purgatory.” In other words, he invited Lawrence to the monastery of Monte Cassino. She persists with: “Magnus carried, like Dante’s doorkeeper, his keys on a chain”—as if this were unusual. “Virgil bids farewell to Dante, and that night Lawrence announced that he would be leaving.”

In Wilson’s absurd Paradiso, Lawrence contracts fatal tuberculosis and Mabel is his Beatrice. But no one could be more different from Dante’s vision of idealised love than the egoistic, domineering and four-times married Mabel. In a lucid moment, Wilson calls Mabel “a manipulator, an exhibitionist and a bully . . . jealousy was her guiding star and love an obstacle rather than a goal”.

Despite the errors in the book, Wilson effusively thanks her incomparable copy editor. But Metz in Lorraine, where Frieda grew up before the First World War, was then a German, not a French, garrison town. The French Foreign Legion, which Magnus joined, was not the “most elite fighting force in Europe”. As Wilson herself writes, it combined “regiments of the lowest type” composed of “cutthroats and sharpers and sodomites”. Herman Melville’s Omoo is a travel book, not a novel. In an astonishing howler, she states that the hero of Melville’s Type “is marooned on the island of Nantucket and lives for four months among cannibals”. In another geographical mistake she claims that Mabel’s birthplace, Buffalo, “is a city much like Freud’s Vienna”. Wilson is quite wrong to claim that Mabel Luhan, obscure in America and unknown in England, was “as famous when she knew him as Lawrence was himself”.

Strangely deviating from the truth, Wilson believes that “it is the biographer’s remit to edit those facts that don’t fit”. She asserts that Magnus’ great friend, the English author Norman Douglas, “is surely the model for Lolita’s Humbert Humbert”. But Douglas, a pederast, had sex with young boys, while the heterosexual Humbert is in love with the young girl Lolita. When Claire Tomalin speculates, without evidence, that Lawrence infected Katherine Mansfield with tuberculosis, Wilson transforms this into “he killed Mansfield”. She maintains that every house Lawrence lived in “was positioned at a higher spot than the last”. In fact, Lawrence’s ranch in the Rocky Mountains (not the foothills) was at 8,600 feet and after that all his houses were lower.

Wilson says it’s hard “to understand why he hated [Ceylon] so much”. At first, however, Lawrence was fascinated by the spectacular beauty of the tropical island. But when his tuberculosis was badly affected by the oppressive heat and humidity, his enthusiasm changed to revulsion and he desperately wanted to escape to a healthier climate.

Wilson distorts the views of previous biographers in order to stress her own originality. She claims that “Lawrence is traditionally described as humourless.” I published an essay on Lawrence’s humour in Salmagundi (Autumn 2006). Wilson insists “there is no evidence” for Lawrence’s homosexual relations with the handsome farmer, William Henry Hocking, in wartime Cornwall. But she contradicts herself by writing that Frieda told Mabel about “Lawrence’s affair with a young Cornish farmer during the war”. Wilson states that “Lawrence has never found a home in the canon of twentieth-century travel writers.” But in The Legacy of D.H. Lawrence (1987) I showed Lawrence’s profound influence on the travel writing of WH Auden (pictured below), Louis MacNeice, Christopher Isherwood, Graham Greene, Henry Miller, Lawrence Durrell and Gerald Brenan — all, surely, canonical writers. 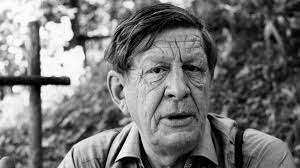 Wilson ends her book in a disastrous way. She first quotes disgusting gossip: “A third version of what happened to Lawrence’s ashes was told to me by the sister of a friend. . . . Frieda, Mabel and Brett sat down together and ate [his ashes].” Then, in a weird jump that confirms her obsession with Dante, she compares these three “blessed women” of Taos to Beatrice, St. Lucia and the Virgin Mary!

Despite these egregious faults, which might easily have been corrected by a good editor, Wilson’s book has many useful insights. Comparing the New Zealand-born Katherine Mansfield and her husband Middleton Murry to Hilda Doolittle and her husband Richard Aldington—both men treacherous friends of Lawrence—Wilson notes: “In each case a brilliant and bisexual expatriate woman attached herself to a handsome and priapic intellectual opportunist who made a career out of knowing Lawrence.”

The best part of this biography is Wilson’s portrayal of the blood-sucking conman Maurice Magnus, who pursued the impoverished Lawrence and mercilessly extorted his money. He was the subject of Lawrence’s brilliant memoir and of his vampiric poem The Mosquito:

I behold you stand

For a second enspasmed in oblivion,

Like the French poet Max Jacob, Magnus was a Jewish-born homosexual and Catholic convert. Wilson writes that “Magnus learned to speak several languages badly, to produce indifferent prose, to mismanage money, to appreciate good food and to keep up appearances.” When cornered by the police in Malta, Magnus committed suicide (like Emma Bovary) by scorching his throat with prussic acid. His last message stated, with egoistic bravado, “I want to be buried first class, my wife will pay.” Though Lawrence gave Magnus generous assistance, he felt guilty about his death and concluded, “I could, by giving half my money, have saved his life, but I had chosen not to save his life.” Yet handing over more money would merely have postponed but not prevented Magnus’s suicide.

Portraying Frieda as the most important woman in Lawrence’s life from 1915 to 1919 is scarcely a revelation. Wilson states: “The problem with Frieda for literary historians is . . . that she could not write . . . Her sentences lack narrative energy . . . and are dull to read.” But like most biographers of Lawrence, I saw Frieda as the greatest inspiration in his life and admired her valuable memoir Not I, But the Wind (1934). After quoting Witter Bynner’s sexually suggestive description of Lawrence’s rage about Frieda’s cigarettes —“There you sit, with that thing in your mouth and your legs open to every man in the room!”— Wilson wittily calls “their smoking number the best-rehearsed act of the Lawrence roadshow”.

Lawrence was both the beneficiary and the victim of the unbridled sexual appetite of Frieda, who had more lovers when she was with Lawrence than she had when married to her first husband, Ernest Weekley. Her affairs began with Harold Hobson, during her honeymoon with Lawrence, and ended when Lawrence was impotent and dying of tuberculosis, with the Italian officer Angelo Ravagli. Like Frieda, Ravagli left his wife and three children, and married her after Lawrence’s death. In Lady Chatterley’s Lover the virile Mellors and the paralyzed Clifford are both based on Lawrence, who believed in sexual freedom and tolerated Frieda’s humiliating promiscuity. His acceptance of her infidelities showed how much he needed her. After his death she wrote: “He never lost his own wonder of life. He never compromised with the little powers that be; if ever there lived a free, proud man, Lawrence was that man.”