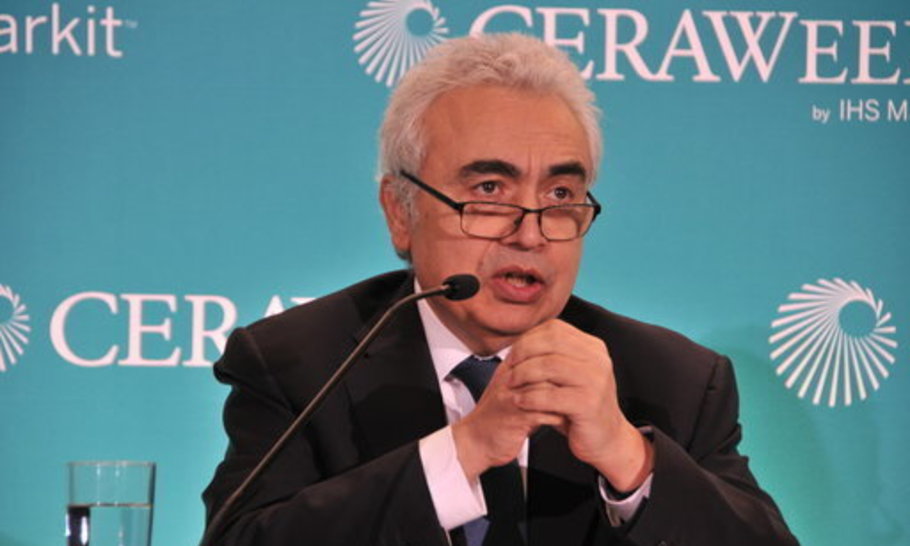 This week the International Energy Agency (IEA) published Net Zero by 2050 – A Roadmap for the Global Energy Industry. The roadmap lays out “a narrow but still achievable” set of policies, investments and innovations that by 2050 would restrict global warming to 1.5 degrees celsius from the 1990 base level. The study has been produced at the request of the British Government, as it prepares to host the COP26 conference in Glasgow this November, the latest in a long series of meetings designed to achieve concerted action on climate change.

The roadmap is a rigorous piece of work and deserves to be studied carefully by climate sceptics as well as climate activists. And theoretically it delivers the goods – or at least it shows how they might be delivered:

“By 2050, the energy world looks completely different. Global energy demand is around 8 per cent smaller than today, but it serves an economy more than twice as big and a population with 2 billion more people. Almost 90 per cent of electricity generation comes from renewable sources, with wind and solar PV together accounting for almost 70 per cent. Most of the remainder comes from nuclear power. Solar is the world’s single largest source of total energy supply. Fossil fuels fall from almost four-fifths of total energy supply today to slightly over one-fifth. Fossil fuels that remain are used in goods where the carbon is embodied in the product such as plastics, in facilities fitted with carbon capture, and in sectors where low-emissions technology options are scarce.”

The IEA is a serious body whose mission is to “work with governments and industry to shape a secure and sustainable energy future for all.” Its original purpose, set in 1974, was to enhance security of oil supply for OECD members in the wake of the first OPEC oil shock. Since then, it has evolved into an effective and impartial analyst of the entire global energy market, and the role of energy in climate change.

Environmentalists tend to distrust the IEA’s oily origins, but they are wrong to do so. Under its Turkish executive director, Fatih Birol, the IEA has welcomed major emerging countries as members in order to deepen cooperation on energy security, data and statistics, energy policy, energy efficiency, and the use of clean energy technologies. Its work is rigorous and impartial.

This focus is evident in the roadmap, which takes various governments’ policy commitments and aspirations and places them in the context of achieving the now generally accepted target of 1.5 degrees by 2050. Unlike the vague nostrums peddled by Extinction Rebellion or more sober bodies such as the United Nations IPCC, the IEA has rigorously examined the current and potential future uses of energy and identified 400 “milestones” – policies, actions and technical developments – that could, in theory, achieve the stated goal.

The increase in electrification will require eye-popping investments in infrastructure all across the world, from electric vehicle charging points to new transmission grids as well as huge expansions of solar and wind generation. Other significant developments should include biogases, hydrogen and hydrogen‐based fuels. Big advances in battery technology will be needed for electric vehicles and to provide backup for interruptible wind and solar generation. The IEA says annual investment should increase from $2 trillion in 2020 to $5 trillion in 2030.

This is an unprecedentedly ambitious programme, and it requires the wholehearted efforts of all significant governments, as well as banks, industry and the research and development sector. The IEA has examined the commitments already made by national governments and, unsurprisingly, found them wanting. Birol’s message to the leaders who gather in Glasgow for COP26 is that radical and concerted action must start now. It is no longer a question of promising something in 2025 or 2030: policies must be agreed, coordinated and implemented without delay. It is particularly important that a turbocharged effort to switch to clean energy takes place in the coming decade – if that doesn’t happen, there is no chance of making up for lost time after 2030.

Birol’s suggestion that new drilling for oil and gas must stop immediately has understandably grabbed headlines. Current oil and gas production should continue, but no new fields may be developed. It is not the IEA’s job to say how precisely this should come about. Birol acknowledges that it will lead to economic upheaval in many parts of the globe, although it would play to the advantage of countries like Saudi Arabia, whose large low-cost oil reserves would take a rising share of a shrinking market. It is unlikely to be popular with Russia, whose government depends heavily on revenues from oil and gas.

The roadmap sees human population rising from 7.8 billion people in 2020 to 9.7 billion in 2050. But, driven by the huge investments needed to switch to clean energy as well as delivering that energy to the most impoverished communities, the global economy grows 45 per cent by 2030; by 2050 it will be more than twice as large as today’s. In other words, the journey to net zero should also provide economic justice for the world’s poor, while actually increasing the overall wealth of the human race.

The journey to net zero aims to deliver justice to those many parts of the world which lack not only electricity and clean water but also the rule of law and decent education. These are laudable ambitions but require level of dedication not previously seen among the community of nations.

At least 150 governments of all shapes and sizes, spread all over the globe, must come together at Glasgow in November, agree to a series of radical and unprecedentedly expensive measures, harmoniously implement them without delay, and keep on pushing until net zero is achieved in or around 2050. Although the IEA doesn’t say so, it would be so much more straightforward if we all gave up our national sovereignty in favour of world government.

One does not need to be unduly cynical to see that the chances of such agreement being reached and, more importantly, acted upon, are pretty slim. But amid the hurricanes of green spin and breathless reportage that will undoubtedly accompany COP26 – just imagine the BBC’s orgasmic celebrations of Greta Thunberg and David Attenborough – remember that the IEA has now worked out how it might be done. If only we could all be trusted to keep our word, we have a decent roadmap for an indecent world.