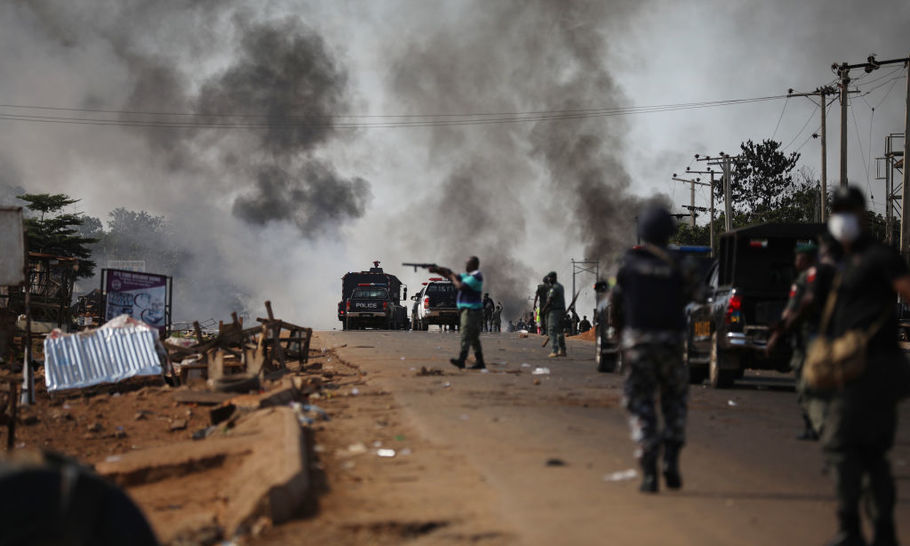 An uninspiring state of the nation address by Nigerian President Muhammadu Buhari on Wednesday night, October 21, has done little to calm protests over the brutal behaviour of the Special Anti-Robbery Squad (SARS), a highly controversial unit of the Nigerian police which was set up to fight violent crimes.

Since Buhari’s statement, social media has been awash with criticism. The President did not mention any investigation into the use of lethal force by police against peaceful demonstrators, who have been in the streets demanding police reform. He also said nothing about justice for victims of torture by SARS officers.

People have been protesting across 21 Nigerian states, demanding an end to police brutality, extrajudicial executions and extortion by SARS. A viral video showing the unprovoked killing of a man by SARS officers in Ughelli, a town in southern Delta State, on October 3 sparked the #EndSARS protests that have attracted global attention.

At least 56 people have died across Nigeria since the protests began on 8 October. About 38 people were killed last Tuesday alone. According to Amnesty International, in many recorded cases, the security forces used excessive force in an attempt to control or stop the protests.

The SARS was founded in 1992. Its task was to fight the increase in violent crimes, such as robbery and kidnapping in Nigeria’s largest city, Lagos.

The formation of the SARS was linked to the killing of Colonel Israel Rindam of the Nigerian Army at the hands of police operatives at a checkpoint in Lagos in September 1992. Several police officers were later arrested for the killing, and this was followed by a stand-off between the army and police. Thus, SARS emerged from this tense situation.

Initially credited for fighting crime, the SARS has over the years evolved into a rogue unit, accused of the same crimes it was formed to fight.

In June 2020, Amnesty International published a report titled “Nigeria: Horrific reign of impunity by SARS makes mockery of anti-torture law.” The report showed that the SARS was responsible for widespread torture and other ill-treatment of detainees in their custody, despite promises of reform and accountability by the Federal Government.

According to Amnesty International, between January 2017 and May 2020 there were at least 82 cases of torture, ill treatment and extra-judicial execution by SARS.

However, the SARS has continued to operate with impunity, resulting in the current protests that have attracted global attention and outrage as police have used deadly force.

From the United Nations, European Union and African Union to celebrities and soccer stars such as Manchester United striker Odion Ighalo, the message to the Nigerian government is the same — stop the killings.

“I’m sad and I’m broken,” Ighalo said in a recorded statement. “I would say, Nigerian government — you guys are a shame to the world, for killing your own citizens, sending military to the streets to kill unharmful protesters, because they are protesting for their rights? It’s uncalled for.”

Amid this global outrage, President Buhari claimed in his announcement that the SARS has been disbanded, while pleading with “protesters to stop demonstrating and engage with the government.”

However, beyond anger with SARS, Nigeria’s problems go deeper. Falling oil prices have spelled disaster for Buhari’s administration that receives about 60 per cent of its revenues from oil. More than 55 per cent of the country’s population are unemployed and the country’s economy is projected to contract by 4.3 per cent this year. This is not a recipe for calm, but for for anger.