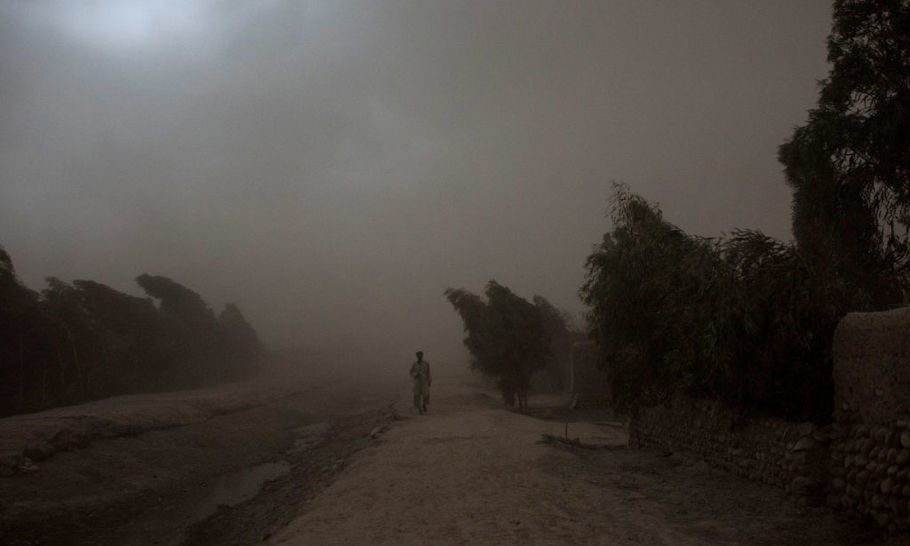 In the late 1990s I spent two years hunting war criminals in Bosnia as commander of a small Nato search team. Locating them and seeing them taken to the Hague was one of the most rewarding things I have ever done. Later, as a civilian investigator in the aftermath of the Kosovo War, the work was far more unpleasant. It involved assisting at exhumations of dozens of shallow graves and the documentation of the stinking, lonely temporary resting-places of people tortured and killed by militias or “special forces” of one side or another. Through all of this, one could retain a certain sense of superiority. Soldiers calling themselves “special forces” engaging in serial murder of “fighting age” unarmed non-combatants, is to be expected in places like that. Shooting captured and terrified men in the back of the head for “trying to escape” was not our way. It was surely clear that we were better than them.

In those days I simply would not have believed that any British soldier would or could ever commit, condone or ignore such crimes. A decade or so of involvement with our failed wars has led me to believe otherwise. There are some who would do these things, and have done so. Others would be happy to overlook, cover up for or condone war crimes. Not many; but be sure of this, they are out there. Further, we know who they are. As the military emails revealed by the Sunday Times and the BBC Panorama team have shown yet again, our own special forces seem to have operated Balkan-style death squads, killing unarmed “fighting age” men. Further, the documents appear to show that it is not dodgy lawyers identifying these crimes, but their own officers. Neither the few soldiers involved, nor the commanders have yet faced justice

The Overseas Operations Bill which went though it’s first reading in Parliament in March is designed to make sure that they never will. It provides a five-year time limit, after which prosecutions for war crimes have to pass through a triple-lock procedure before they can proceed. Oddly the only exceptions are crimes connected with sex. This is presumably due to a trace memory of the otherwise long-forgotten initiative of William Hague and Angelina Jolie against sexual violence in war. Like so many similar priorities of government, this one fell by the wayside several years ago; it has “lost momentum” in the language of government. The strange upshot is that sexual assault may be prosecuted without restriction, but torture and mass murder may not.

If passed, the Bill will amount to qualified privilege for those very, very few soldiers who commit war crimes, provided they can ensure that evidence does not emerge for five years. Most war crimes come to light well after five years. It should be a surprise to no-one that criminals try to conceal crimes for as long as possible. Many of our more murderous activities in Iraq and Afghanistan are only coming to light now. There are plenty more where they came from, as recent reports indicate.

This Bill is of course driven by popular politics, and an instinctive resistance to ambulance-chasing lawyers, which holds that our boys have been victimised by wayward solicitors. Given that prosecutions are always and only instituted by government lawyers called prosecutors, this seems a strange view.

It is true that some soldiers have been the victims of false or malicious allegations. Probably the worst such case is that of Robert Campbell, a true hero who underwent a series of incompetent and dishonestly founded investigations. The solution to this kind of ramshackle mess is not to undermine our traditions, reputation or commitment to both the rule of law and human dignity. The remedy for misconceived prosecutions such as Campbell’s is to make sure that soldiers who are investigated are treated as innocent until proven guilty, are given the resources to defend themselves at state expense, and are dealt with fairly by the police. These measures might cost some money — they won’t cost us our integrity.

The usual suspects promoting this squalid draft law, including some senior officers with a taste for appearing on TV, are being challenged by steadier political and military hands. They see the dangers. Our most senior retired soldier (and former commander of the SAS) Field Marshal Lord Guthrie has said of the bill that it amounts to a “de facto criminalisation of torture,” and “a stain on Britain’s standing in the world.” Colonel David Benest, a former senior Parachute Regiment officer and a leading expert on the history of British war crimes has written that the bill risks reinforcing the “cover-up” culture that we saw in clear detail in this week’s leaked emails.

The House of Commons Defence Committee is also asking questions, not least about one rather pertinent matter: that if we are not prepared to deal with war crimes, the International Criminal Court will do it for us. The statute of that court, which some of our finest legal experts helped to draft, states that if a country is not prepared to act against its war criminals, the ICC will step in. Given that the UK led in the development of this fine initiative, ICC intervention would be nothing less than tragic as well as extremely embarrassing.

Beyond the legal principles however, is the practice. The sponsors of this Bill have failed to realise that when the ICC does come for us, which it will if this bill is enacted, it won’t be the soldiers they’ll be after. The men we hunted down in Bosnia were not the trigger-pullers. They were the commanders, the generals and the politicians who sent them and allowed these crimes to happen. Our teams, which by the way included some fine SAS soldiers, made sure they saw the inside of a courtroom in the Hague. Food for thought perhaps. Fortunately, if the ICC comes for our politicians and commanders, we’ll know where to find them.