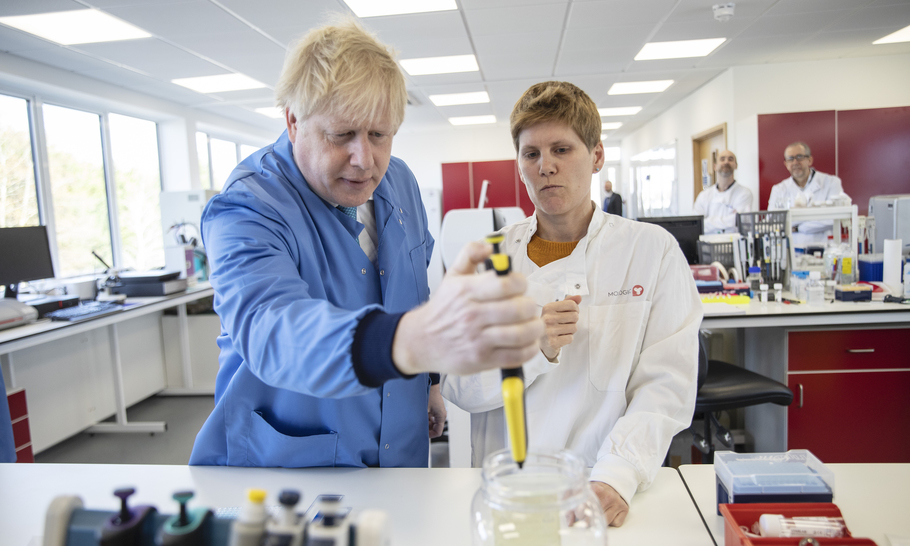 The government has decided to “follow the science”, forcing us to follow it also, through the checkpoint and down the path that ultimately leads to a police state. So here are two questions: can we have faith in “the science” and, if so, should policy be formulated exclusively on the basis of it?

To say that we should follow the science is to assume that there is such a thing as “the science” to follow, a science that it is “settled”. But except, perhaps, in the rarefied fields of mathematical physics, science is never settled. Scientists who insist otherwise are normally in the business of shouting down alternative points of view (try getting a job in a university biology department if you are suspected of offending against the neo-Darwinian orthodoxy). In the empirical sciences, talk of “proof” is conceited, which is not that surprising given that science is at its heart a human activity and therefore vulnerable to infiltration by the usual eccentricities and imperfections of the human character. Hubris being one of them.

To be fair, the government scientists have so far shown humility in the presentation of their modelling. They know that those models, however impressive the algorithms that drive them, cannot adequately capture the elusive variables of human behaviour. Predictions about human behaviour must make assumptions about the human person, and the human person is a product of many things, including the national, cultural and religious context which she inhabits. More of this below.

Humility is not in the make-up of the human person who inhabits the office of First Lord of the Treasury. The Prime Minister has become that embarrassing creature: the overzealous convert, and like all such creatures he has taken it a bit too far. He seems to have moved from a healthy respect for science, which is fine, into the mindset of scientism, which very much isn’t.

Scientism holds that the only truths about the universe and our role in it are those which are discoverable by the natural sciences. It has a peculiar grip on the modern imagination, partly due to the influence of people like Richard Dawkins and Stephen Hawking: brilliant scientists, but nursery level philosophers. Scientism when stated as a principle is a metaphysical thesis, not a scientific one, and is therefore self-refuting. What empirical demonstration, after all, would count as confirming it?

But our classicist Prime Minister seems not to have noticed this. Therefore his evaluation of this crisis, and his response to it, are determined purely by considerations of the epidemiological science. He has decided to operate a sort of grubby calculus of mortality, whilst seeming oblivious to those deeper truths of the human condition.

I keep referring to the “human person”. This is deliberate. The human person is not the same as the human being. As the late Roger Scruton used to point out, we are not just entities in the world, we are also perspectives on the world, relating to each other as “I” to “I”. This relation is one which will remain invisible to the natural sciences; it is, to put it another way, possible to protect the human being while doing damage to the human person.

There is, therefore, more to life than being alive. Aristotle wrote that “Man is a social animal; he who lives without society is either a beast or God”. When we “self-isolate” we go against our essential nature, we fail to flourish as Aristotle would put it. To instruct someone to self-isolate, similarly, is to inflict a form of spiritual violence. Violence is sometimes justifiable, but is this species of harm being adequately factored into the government modelling? The answer is that it cannot be, because it is a deeper truth about the human person, one which will elude models which take the human being as a basic unit of measurement.

In slavishly following the science, the government is fighting off a physical disease via the imposition of a spiritual crisis. It is redefining “harm” as “physical harm”. I don’t completely blame the Prime Minister for this. He is a human person like the rest of us and will be influenced by the scientific types that now form his public comfort blanket. And ours too. Our spiritual and religious leaders have long fled the scene and locked the church doors behind them, thereby confirming that for them, too, temporal considerations are of more importance than eternal ones. We have only secular advice to rely on. And that advice has, inevitably, morphed into instruction.

I don’t doubt that the Prime Minister’s heart is in the right place. In fact, that is what worries me. The exercise of unchecked power is especially addictive when you have persuaded yourself that it is in service of a benign cause. So where will the checks come from in a culture which prizes the scientific over the spiritual and which has become, to put it euphemistically, “relaxed” in its defence of the dissenting voice?

The answer is, I guess, from us. From those who are sceptical about the efficacy and morality of the government’s shoddy calculus of mortality. It is for us to become the heretics who constantly remind Boris Johnson that, pace the assumptions of his Chief Scientific Officer, it is not possible to mathematise the needs of the human soul.