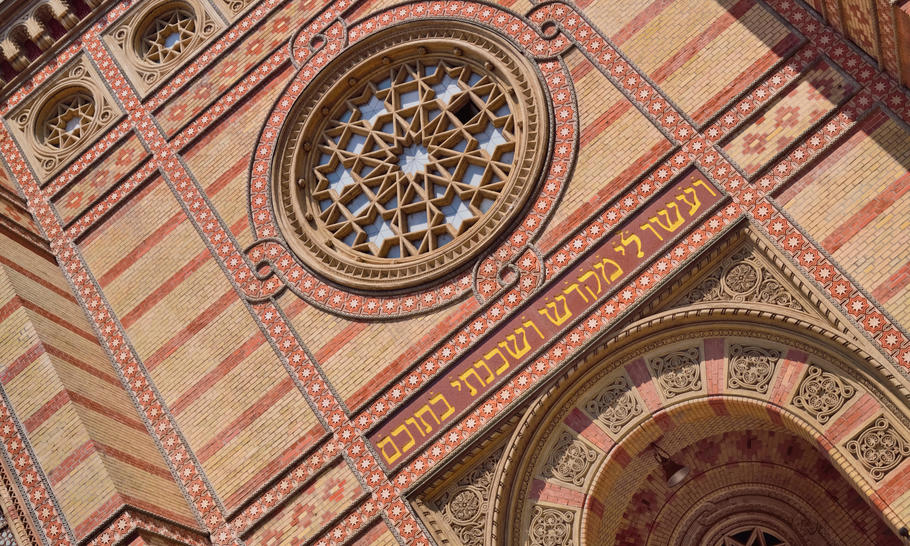 Nobel Prizes represent rewards for the highest intellectual performance. They are coveted by all countries and individuals. The distribution by country is highly unequal, and no political correctness will make the distribution equal. The US has close to 400, the UK has about 140, Germany has 110, France has 70 and then the numbers slowly decline to zero.

There are 120 countries with no Nobel laureates at all. In this hierarchy Hungary has the position of number 13; not bad for a small country. It needs to be noted that the above count is only approximate, mainly because the same winner may be claimed by more than one country and there are no universally accepted criteria for determining the country of the Nobel Prize winner. 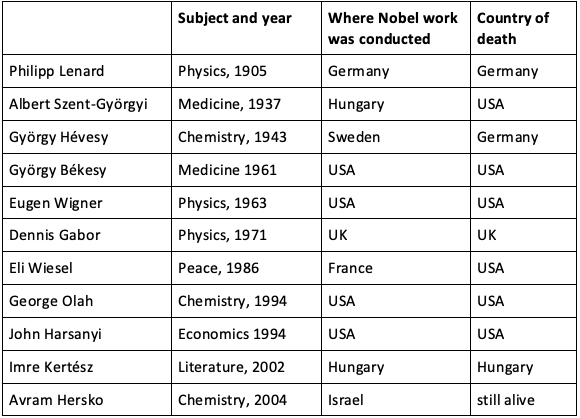 As it happens, Endre Czeisel, a well known geneticist, made a very thorough study (two books and several articles) of the Hungarian Nobel Prize winners. His main interest was the influence of the extended family (sometimes going back several generations) on the emergence of genius. I cannot comment on the genetic implications, but I take issue with some of Czeisel’s criteria regarding who can and can’t be regarded as Hungarian. His list has 16 names, but such a high number seems unjustified. In my view, Czeisel stretched the definition of “Hungarian” too broadly.

To give an example: he included Milton Friedman on the basis that his parents were Hungarian. True, they were, but they emigrated to the United States before their son was born. Friedman had a distinguished career. His studies in Economics influenced many a decision-maker, Mrs Thatcher among them. I would love to claim him as a Hungarian, but alas I do not think that Hungarian parentage is a sufficient criterion. Apart from not being born in Hungary, and not being a Hungarian speaker, he had no professional contacts with Hungary either. I think he has to be excluded from the list. And there were others. My list above excludes all those who were born outside Hungary, spoke no Hungarian and never worked in Hungary. This leaves us with 11 Nobel Prize winners.

Column 2 gives the discipline and the year in which the Nobel Prize was awarded. This shows that it was not in a narrow field in which Hungary happened to excel, but that talent was spread widely over all the various disciplines: Medicine, Physics, Chemistry, Economics, and Literature. There is also a Hungarian winner of the Nobel Peace Prize.

Column 3 shows the countries in which they did the work that resulted in the award of the Prize. Only two did their Nobel-work in Hungary. The rest did it in Germany, France, Britain, Sweden, US and Israel.

Column 4 gives information about the country in which they died (one of them is still alive). It shows that in later life most of them gravitated towards the US, two died in Germany, one in the UK and a single one in Hungary. It is a good indicator of the magnetic pull of the US’s vast resources.

If we look further into the 11 Nobel Laureates on my list, we find a surprising result. Eight out of the 11 Laureates have Jewish origins  (at least one parent Jewish). They are: Hevesy, Wigner, Gabor, Wiesel, Olah, Harsanyi, Kertesz, Hersko. My aim is not to dwell on the world-wide preponderance of Jews among Nobel Prize winners. It is about 20 per cent and it is well known. There is a considerable literature on the subject. My aim is much narrower. I shall try to explain what could possibly be the reason for such a high percentage (69 per cent in Czeisel’s, 73 per cent in my count) of Jews among Hungarian Nobel Prize winners.

It started with the Ausgleich in 1867, a historic compromise between Austria and Hungary that set up the Austro-Hungarian Empire under a Habsburg Emperor and lasted until the end of the First World War. It was boom time for Hungary. The economy grew fast. GDP doubled in that period. I am not sure which figures could best represent economic progress. I found a few which I think should qualify. In that period (i) Budapest was the fastest growing capital city in the world; (ii) the Hungarian Parliament built towards the end of the century was the biggest in Europe; (iii) the first underground railway in Continental Europe was built in Budapest; (iv) the density of Hungarian railways was the 6th in the world. Or, to give a direct example of industrial development: the number of Hungarian workers in industry trebled between 1896 and 1906.

It was also boom time for the Jewish population. In 1867 Jews in the Empire were emancipated, with few objections from anywhere. In historical Hungary those who regarded themselves as Hungarian at the time were below 50 per cent. Including Jews they would have crossed the 50 per cent mark. Hence the Jewish movement to assimilate was greatly welcome.

Traditionally, Jews always worked in commerce. But in the Austro-Hungarian Empire they were also at the forefront of industrialisation. There was some competition from the non-Jewish middle class and the lower nobility, but not very large and not very fierce. The latter were much more interested in jobs in the Civil Service and in the Army. They regarded industry and commerce as degrading.

As a result of Jewish involvement in this budding Hungarian industry, a prosperous Jewish upper middle class developed. This was an important factor in their offspring’s rise to eminence. The parents could afford to send their children to the best schools, and later could finance the children’s higher education, at the best European universities. Thus a considerable proportion of Jews born around the turn of the 19th century in Budapest were in a privileged position.

By the time Admiral Horthy’s nationalists came to power in 1920, Hungarian Jews were ready to seek their fortune in foreign lands. First they went to Germany. After 1933 they tended to go to the United States. It was a push-pull situation, as migrations usually are. First a push to make them leave by the official anti-Semitism of the Horthy regime, then a strong pull by the scientific excellence of German universities. The next push was provided by Hitler and a pull by the British and American scientific establishments.

Note that there are only two Nobel Laureates on the list whose story follows strictly the above pattern, but there was actually a pool of scientists, some with very similar backgrounds who, in my view, could equally have become Nobel Prize winners: Zoltan Bay, Theodore Karman, Nicholas Kurti, John von Neumann, Michael Polanyi, Janos Szentaghotai, Leo Szilard, Edward (Ede) Teller. By scientific output they were above that of the average Nobel Laureate, and one of them, John von Neumann, was far above the average. Once, when historians of science were asked who they consider to have had the finest mind in the 20th century, Neumann was accorded the first place. And there is the case of Michael Polanyi. The Nobel Committee was so ashamed that they failed to award him the Prize that some decades later they gave one to his son, John.

What about the future? Will there be many Hungarian Nobel Prize winners again? I don’t know. Those historical circumstances were unique. I am not familiar with the present scientific map of Hungary. If I had to make a guess, I would say that Katalin Kariko and Peter Somogyi are in with a good chance. Kariko’s research, mainly in the US, provides the basis of many a vaccine against the coronavirus. Somogyi did his research in Oxford on the brain. Quite recently he resigned his Fellowship of the Hungarian Academy of Sciences as a protest against the take-over of the Academy by the Government of Viktor Orbán.