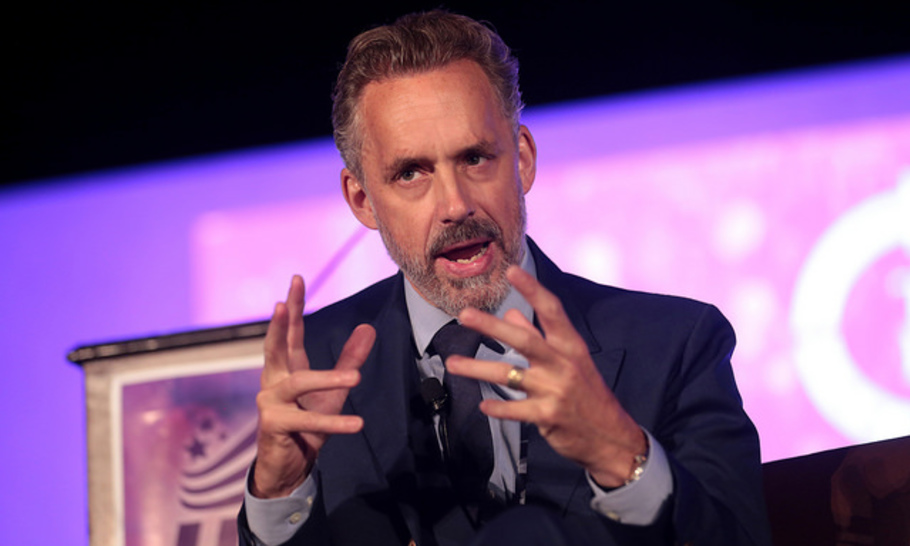 Jordan Peterson sees the decision to deny him a Cambridge University fellowship as a violation of his fundamental rights. He believes that ‘free speech’ should entitle him to a post in the Divinity Faculty, even though he has no formal education in theology and has not published any scholarly work on religion.

Recent articles on Peterson’s spat with Cambridge suggest that the institution invited him to take up a formal fellowship before discourteously rescinding the offer via Twitter. This is not true. In fact, Peterson approached his personal contact in the department to ask for a visiting post. This post – which involved delivering a lecture series on Genesis – was not an established position, it may not have entailed official membership of the faculty, and it is unclear whether Peterson would have even been paid for it, as Cambridge academic Priyamvada Gopal has pointed out. The psychology professor did not learn of the decision to revoke the offer over social media; he says he was informed by a ‘colleague and friend’ (perhaps the same one who invited him?), before finding out more details on Twitter. From what we know of the affair, then, Peterson requested a professional favour from a friend of his. The friend said yes, but this decision was subsequently blocked by members of the faculty with greater academic integrity. At which point this development was conveyed to Peterson in the exact same manner as the initial invitation: through his network of personal connections.

Neither the Divinity Faculty nor Peterson come off well here. The former almost established an academic link (albeit a tenuous one) with a man who has no credentials in their discipline. At least one Cambridge scholar let cronyism – and perhaps a misplaced respect for Peterson’s YouTube following – outweigh the objective criteria which must be employed in any hiring process. Meanwhile, Peterson himself has such an inflated opinion of his own work that he will deride anyone who questions his place at the world’s leading research institution. His histrionic blog post describes those who oppose his fellowship as a ‘devious’, ‘narcissistic’, ‘ill-informed, ignorant and ideologically-addled mob’ full of ‘cowards and mountebanks’ with ‘propaganda-addled souls’ who pedal ‘ideological-puppet-babble’ informed by ‘desperate and pathological nihilism’. Is this the language one would expect from an Oxbridge-standard academic? Or is it the discourse of a self-pitying pseudoscientist whose under-researched polemics have won him social media stardom?

It is not a question of whether the rescindment was motivated by Peterson’s unserious scholarship or by his ‘controversial’ statements about race and gender, for these tenets of his work are inextricable. Peterson is not an important academic who debates cultural issues on the side; he is a breathtakingly poor academic whose biased and myopic research methods sustain his prejudicial views. Numerous critics have observed his persistent failure to use citations, his inability to distinguish between vastly different intellectual traditions, his lack of engagement with relevant peer-reviewed work and his neglect of vital historical context (especially in his surveys of religion). The conclusion one draws from reading Peterson is that he simply hasn’t read very much, which is what allows him to expound his weird ideas: that human societies should be modelled on lobster societies; that there is an inherent cognitive distinction between Jews and gentiles; that the universe is animated by a struggle between ‘masculine order’ and ‘feminine chaos’, and so on.

Yet the greatest irony of the Peterson scandal is that free speech on campus is under threat. There are some self-victimising snowflakes who attempt to silence opponents and shut down debate. And one of them is Peterson himself. The academic has launched multiple lawsuits against those who dare to disagree with him. In August 2018 he filed a $1.75 million claim against Wilfrid Laurier University because its professors criticised his work during a private staff meeting. When the University issued a statement accusing Peterson of ‘unduly limiting expression’, he hit them with another claim for $3.25 million, warning that “careless university professors and administrators…[need] to be much more circumspect in their actions and their words”. Peterson has also threatened to sue Wendy Lynne Lee for criticising his work on Twitter, citing her influence as a university professor as the reason for this step. “Please immediately retract all of your defamatory statements, have them immediately removed from the internet, and issue an apology in the same forum to Mr Peterson”, his lawyer wrote to Lee in June last year. Alongside these intimidatory tactics, Peterson has spoken repeatedly of his wish to close down entire university departments with whom he disagrees. In Peterson’s view, faculties that examine gender politics, ethnic or racial studies ‘have to go, and the faster the better’.

So Peterson should be able to exploit his personal connections, stand at a Cambridge lectern and propound his views without any academic qualifications. But those who challenge these views deserve to be hounded by lawyers, extorted for millions and stripped of their job titles. This is indeed an attack on free speech, and Peterson is the petulant aggressor.