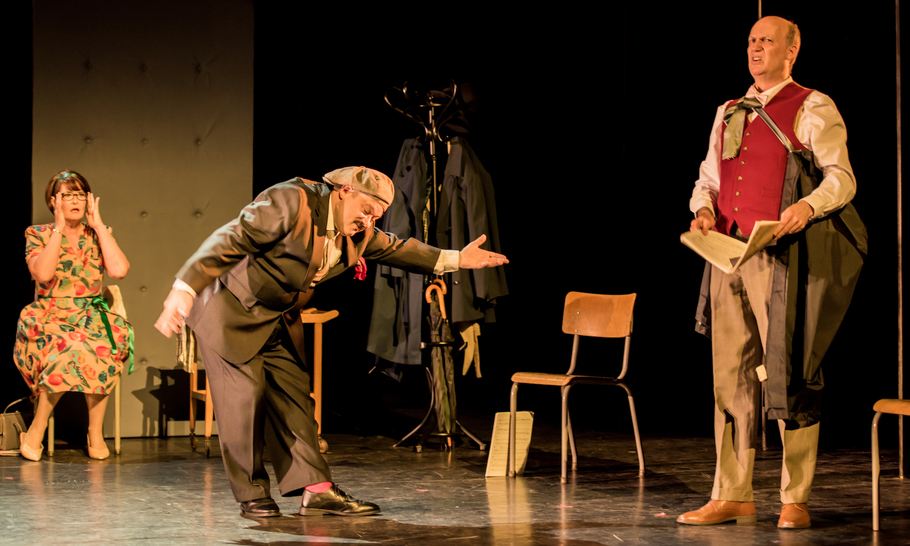 Now theatres are open again it was a great pleasure to be at the Buxton Festival in the Derbyshire Dales for the start of its 2021 season. Your reviewer went to three operas: Matthew Arnold’s Dancing Master, Errollyn Wallen’s Dido’s Ghost, based on Purcell’s Dido and Aeneas, and Jonathan Dove’s Enchanted Pig, an unexpected delight based on old fairytales.

The highly talented composer Matthew Arnold was let down by a lack of robust mental health and a preponderance for drink, and the idea for the one-act Dancing Master came from its librettist Joe Mendoza. Their collaboration on a great opera (about the first black ruler of Haiti) to rival both Boris Godunov and Otello had been abandoned, and they went to the opposite extreme by turning a Restoration comedy into an opera. The original 1671 play by William Wycherley deals with a young woman named Miranda whose father spends time in Spain while she lives in the care of an aunt who sees her niece as a perfect spouse for her own son. He has lived in Paris and adopted French ways, but Miranda won’t have him, and while plotting her escape falls in love with a young admirer. When he is found in her room she saves appearances by claiming he is her dancing master.

This was seventeenth-century drama in modern musical clothing, where by contrast Dido’s Ghost places seventeenth-century music in a modern libretto by Wesley Stace. Composer Errollyn Wallen, inspired by Dido’s Lament in Dido and Aeneas, combines Purcell’s music with her own, adding an electric bass guitar and percussion to evoke the atmosphere of Carthage in North Africa. The libretto focuses on Aeneas, now parted from the late Dido, who encounters her sister Anna, and the lament is his, at the very end.

Entirely different from either of these seventeenth-century adaptations is Jonathan Dove’s Enchanted Pig, whose subtlety belies its fairytale title. A young woman named Flora must use the power of love to break a spell on the husband chosen for her by fate. He has been turned into a pig, and the antidote to this enchantment is true love. Flora is willing, but her love has the desired effect only at night time. A full transformation requires persistence, and she is easily tricked into a short cut by an older woman who intends to marry the prince to her  own daughter Adelaide. To win him back Flora must take a great journey via the moon, the sun, and the stars, but on her return finds mother and daughter keeping her beloved in a drugged stupor, and preparing for a huge wedding. This 2006 opera is even more apposite today in the light of recent royal events, and the spoilt Adelaide enjoys her future role by ordering servants around in preparation for the wedding, until Flora breaks this second enchantment to win her true love.

The magic of Jonathan Dove’s score was beautifully brought out by five musicians, playing percussion, trombone, bass, cello and harp, under the baton of Katherine Stonham. Nick Bond directed an excellent young cast headed by the pure and compelling voice of Katherine Macaulay as Flora, and the youthful vocal energy on stage was helped by the fine acoustics of the Pavilion Arts Centre, essentially a large shed that made a better venue for this than the  beautiful opera house.