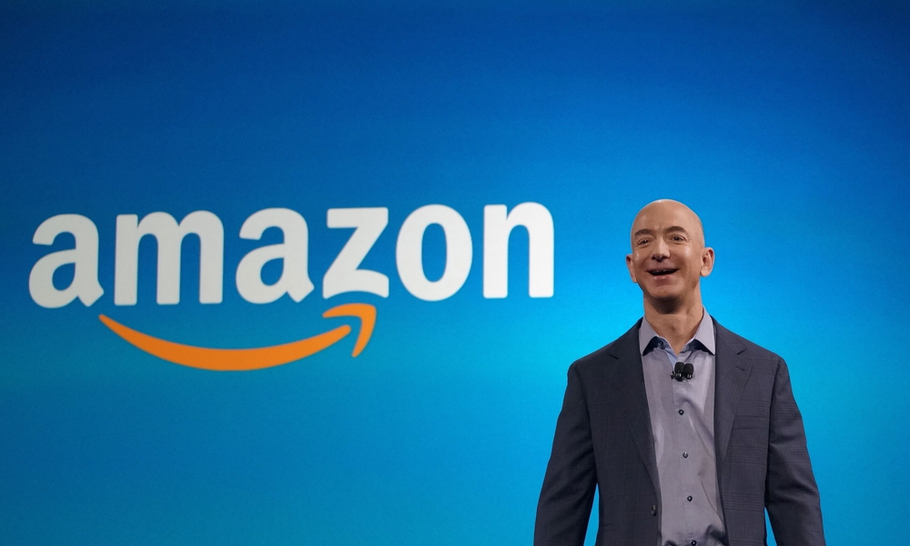 No, Jeff Bezos can’t end world poverty. He can’t bail out world governments’ debt, and no, he can’t give everyone a million dollars every week for a year — whatever you may have tea on social media. You guessed it: Oxfam’s annual analysis of global wealth inequality is back, with all its wilful misunderstandings of how wealth works. These claims only serve to create clickbait headlines. However, they are not only reported by fashionable Left-wing outlets, but also by mainstream platforms such as the BBC and the Mail Online.

This year, Oxfam has told us that Jeff Bezos could pay every Amazon staff member a $105,000 bonus just from the additional wealth he made in the first six months of the pandemic. If that sounds too good to be true, it’s because it is. Statistics like this treat wealth as if everyone’s net worth is merely how much money they have in their bank. The truth – which seems so obvious that it shouldn’t need pointing out – is that cash makes up only a tiny proportion of Bezos’ wealth. Around 95 per cent of Amazon’s founder’s wealth is in shares.

Of course, a dissenter may argue he could sell all of his shares. But this would create two problems. Firstly, this would result in Bezos losing control of the company which he built from the ground up, and therefore ridding the company of his valuable expertise and leadership. Secondly, and more importantly,  it would drive down the price of Amazon shares. If investors see the founder of Amazon rapidly unloading his almost $170 billion in shares of the company, they’d conclude that there must be great faults at Amazon, and they’d likely follow suit. Panic selling would ensue, causing the company to crash and significant financial disorder along with it.

Oxfam’s flawed statistics do not actually get to the heart of the problem. The policies they propose somehow manage to be a lot worse.

One idea they explore is a confiscation of pharmaceutical companies’ intellectual property related to Covid. The idea behind this sounds nice at first. Huge companies are withholding their inventions to help maximise their profits, while thousands of people are dying every day worldwide. How dare they? Surely we should put a stop to this.

However, once you realise that vaccines most likely wouldn’t exist without the protection of intellectual property, things get tricky. Developing a vaccine is expensive and time-consuming. While we don’t know the specifics for the various Covid vaccines, we do know that the average drug costs about $750 million and over a decade of work to create. The late economics professor Edwin Mansfield pointed out that as much as 65 per cent of healthcare innovations would not have been introduced if it were not for the safeguards that intellectual property laws provide.

Allowing governments to seize the means of manufacturing these drugs would mean sacrificing the next big innovation in healthcare. It might get things done today, but what about the next time we need to develop a vaccine at lightning speed? Indeed, Pfizer’s CEO explained its decision not to take any state funding for the vaccine it developed with BioNTech was intended “to liberate our scientists from any bureaucracy.” Too much government involvement has the effect of constraining scientists’ abilities to innovate.

A second ill-thought-out highlight of the Oxfam report is the plan to introduce a maximum wage of £100,000 ($137,000). Research from the Institute for Fiscal Studies tells us that high-income individuals are incredibly sensitive to tax increases. So, now imagine that they’re told they must pay an effective 100 per cent tax on all income over £100,000. Perhaps some of them would pay it, but a huge number of high earners would just look to avoid, evade or emigrate to seek higher incomes. All this would achieve is to rid an economy of some of its most productive people.

Indeed, in the UK we already have an over-representation of migrants at the highest levels of our society. These are people who moved here seeking a better life and gained it. If that better life disappears, then why shouldn’t they vanish too? Finally, one has to ask, how will Oxfam’s own CEO, who clocks in more than their proposed maximum, respond to the news his own organisation is seeking to cut his salary with the help of the Government? If Danny Sriskandarajah agrees with the policy, shouldn’t he lead by example?

To their credit, Oxfam has achieved a huge amount of good in its long history. In 2018 alone the charity helped 19.5 million people by creating long-term development and offering humanitarian aid. One of the first lessons that students will learn in economics is the theory of comparative advantage. This explains why countries specialise in areas that they hold a comparative advantage, creating an overall net increase in resources produced. Clearly, economics is not Oxfam’s comparative advantage. In the future, Oxfam should avoid unwarranted attacks on easy targets like Jeff Bezos and stick to what they do best: humanitarianism.