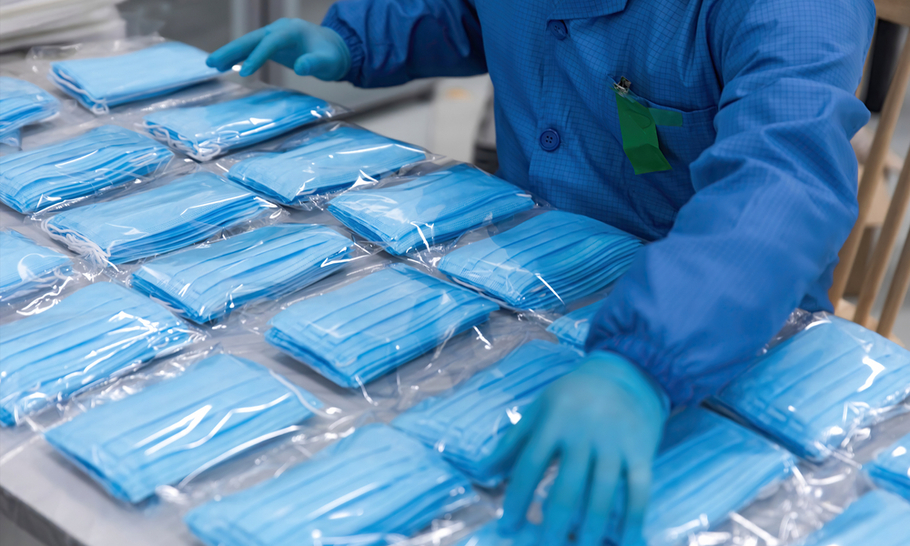 The Government, or more precisely Michael Gove in the Cabinet Office and Matt Hancock at the Department of Health, have spent over £18 billion of taxpayers’ money on 8,600 contracts in response to the pandemic. Of that just under £11 billion was spent on contracts that were awarded directly, bypassing the competitive tendering process. Most of this went on buying PPE for hospitals and care homes.

Many companies have no previous experience in procuring health equipment: a jeweller in Miami, a coffee and nut supplier in Northern Ireland, an offshore private equity company with government contacts are some examples. Some companies only existed on paper with just about enough assets to buy a second-hand Vauxhall Corsa. Others did not exist at all before the government opened its procurement portal. Some of the equipment, worth hundreds of millions of pounds, turned out to be unfit for purpose.

A great many of these deals were struck through a confidential, fast-track VIP channel. Referrals for these lucrative contracts came from MPs, peers, officials and friends. Some companies are Tory party donors. Others are said to have business links to ministers and advisers such as the now departed Dominic Cummings. Record-keeping was poor.

One contract for £122 million was awarded to a company set up in May by an associate of a Tory peer with a share capital of £100. Another for £253 million was signed off with a private equity firm whose senior director is a government adviser.

The audit trail was flawed. Contracts were not published. There continues to be a serious lack of transparency. In some cases, contracts were only drawn up after deals were struck and money handed over. Value for money was questionable. Contracts were awarded to unsuitable suppliers and there was potential bias and conflict of interest.

This, in summary, is what the National Audit Office  – the nearest thing we have to a government efficiency and corruption watchdog – concludes in its damning report on pandemic procurement.

The Audit Office acknowledges, that, faced with an urgent and dangerous threat to public health, the government had to act fast. But its report concludes “While we recognise that these were exceptional circumstances, there are standards that the public sector will always need to apply if it is to maintain public trust”.

The Government has swatted away the criticism. Boris Johnson has responded by saying he is proud of the Government’s record in procuring PPE. Jacob Rees-Mogg is indignant at the suggestion that the Government has acted in with anything other than the utmost propriety. Business Secretary Alok Sharma says there is nothing to say sorry for. Once again, we see a mindset at work that believes the means justifies the end. The same mindset that argues it’s acceptable to break an international treaty if that delivers a purer Brexit.

I find this response personally offensive. This is my money. The taxpayer is not an abstract concept which can be anonymised. It’s me and you, our working lives, our savings, our taxes, my children and their desire to better themselves. When I read that a Spanish businessman has pocketed £21 million for services not rendered, (to a Miami fashion entrepreneur awarded a £200 million PPE contract) my blood pressure rockets. That’s 1000 ventilators or 700 senior nurses paid for a year.

Let us put this in context. Britain, like every other nation on earth, was faced with a lethal scourge. Unprecedented perhaps but certainly not unforeseeable. Thousands were dying. The NHS was struggling under a flood of very sick people. The economy was facing a crisis of lethal proportions. The country was demanding action.

One can imagine that, once the penny had dropped, once Boris Johnson, faced with those stark numbers that foretold perhaps half a million dead, like the captain of a ship taking in water in a storm, declared: “Right lads. All hands to the pump”. Throw precedent overboard. Throw caution to the wind.

We can sympathise. But that won’t do. Not in a democracy.

First, we need to ask: how did we get here? The fact is that by the time the Prime Minister had finally woken up to the calamity facing the country the global market for PPE had become a cut-throat race. President Trump was intercepting consignments intended for Germany. Doctors, nurses and care-home workers were dying. Britain was having to play catch-up. The EU had put together an emergency procurement programme in January which we refused to join.

Finally, on March 27 the Government opened its portal, inviting tenders from all-comers. It received, according to the Good Law Project, 24,000 offers from 16,000 suppliers. The case is now before the High Court to approve a judicial review.

The legal argument is straightforward. The Cabinet Office issued a “guidance note” on March 18 waiving the requirements for goods and services, that are urgently needed, to go through the normal vetting process. But the law is clear, mandatory and unconditional: Regulation 50 of the Public Contracts Regulations 2015 gives the Government 30 days to publish details of contracts. It is routinely ignoring the law.

This is a Government that believes in the free market as the ideal solution to the needs of the country. The state is an obstacle to efficiency and should at best be an adjunct to private enterprise. Yet its record on procurement is dismal. It has a habit of rewarding failure. It blames everyone and everything else for its failure. It lacks, as Daniel Johnson argues, humility.

Boris Johnson’s stewardship of the pandemic has been hopeless. He likes big ideas. He wants to launch a British rocket by the year after next. But he never seems to be across his brief. As a result, his reach consistently exceeds its grasp. This lack of grip is taken across government as a license to freewheel.

You can call the procurement affair corruption. You can call it carelessness. But it cannot be allowed to go on like this. The worrying thing is that the Government doesn’t seem to think it’s done anything wrong.

Now that Dominic Cummings has gone, the Government needs to start thinking about productive reform. Not cutting the civil service down to size or shipping it off to Manchester and calling that reform. But working with the best and brightest in Whitehall to find a better way of combining private enterprise with public ethos.

Government is the custodian of both our money and our trust. It cannot manage one without the other. At the moment it is squandering too much of both.