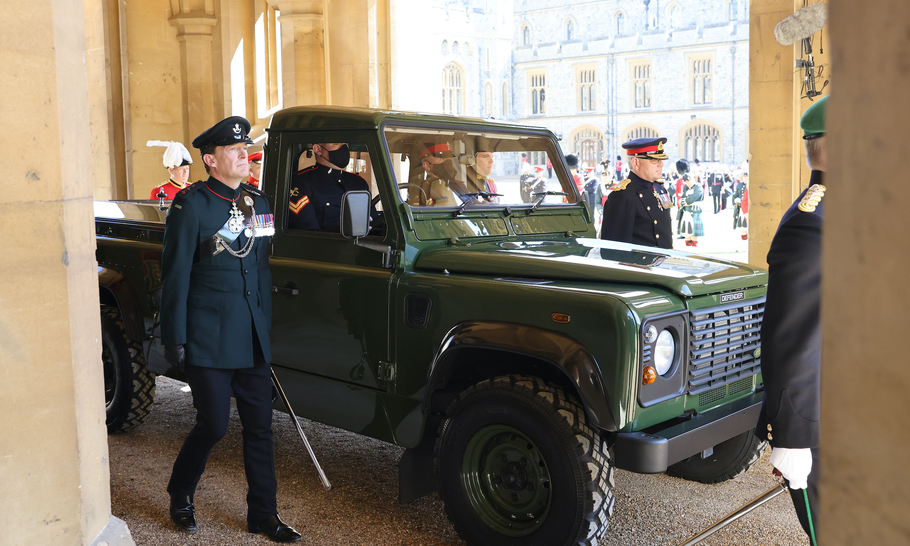 The Duke of Edinburgh’s funeral at Windsor we witnessed yesterday reflected the man’s legacy. Patriotism, loyalty, innovation, environmentalism. It was also a cathartic occasion for a country coming out of a pandemic.

This was ritual and ceremony of the highest order, whilst still being personal and hence deeply moving. If the Duke spent most of his life representing Britain, then his funeral represented the best of our nation. The coffin entered the quadrangle of Windsor Castle to the sound of Elgar’s Nimrod played by a military band. Less than an hour later it was lowered into the crypt of St George’s Chapel accompanied by the strains of a lone piper. In between we were given the opportunity to contemplate the life of a man who seemed to reflect the soul of a nation.

The funeral demonstrated the Duke’s ability to innovate within the realms of history and (sometimes stifling) royal protocol. He understood the power of ceremony, media and messaging summed up by that Land Rover hearse. It had a glint of humour, while celebrating British engineering and English eccentricity. It would be fitting for the Duke’s Land Rover to do the same for all royal coffins from this point on.

This was the funeral, not only of a Prince Consort, but also of a patriotic naval officer, cap and sword prominent on top of the coffin. The Teutonic presence among the 30 mourners demonstrated the Duke’s European lineage. This was the funeral of an immigrant who once described himself as “of no fixed abode”, being laid to rest in the beating heart of heraldic England. He served in the Royal Navy, against the tyranny of a country many of his family called home. The funeral proved true patriotism runs deeper than infantile flag-waving and nationalism.

The funeral venerated the military connections through the Duke’s life and was central to his distinctive brand of monarchy. More than 700 servicemen and women took part, in direct contrast to the absence of any political figure. It was the funeral of a man who was married to the crown but divorced from power; the Duke’s patriotism was grounded in service which is almost anti-political.

The order of service itself had been constructed by a man of faith. It is this element I found most surprising and therefore poignant. This was a man who worshipped a God slightly more of the Old Testament than the New: a direct, robust, Christian faith with evocative readings from Ecclesiastes and St John. Some might find this faith old-fashioned, overshadowed by more evangelical persuasions in the Church of England. What cannot be contested is that it is a clear faith; strong and dignified — like the man himself.

The Duke’s life demonstrated that nothing is more noble or venerable than loyalty, but nothing generates dysfunction like family. In saying goodbye to the Duke, the members of his family must have had cause to reflect on the loyalty he showed to the Crown. The true triumph of the Duke’s planning was that the ceremony ensured the institution outshone any of the issues which have exploded over the last year. Will it give the impetus for the family to heal its rifts? As we reflect on this funeral, interviews with Oprah and others look grubby, tacky, and cheap. The words exchanged afterwards between Harry and William, mediated by Kate, might indicate the unifying power of grief.

The family needs to step up as the Queen, at times, looked heartbreakingly lonely. In part because of Covid rules, in part because she has clearly lost her “liegeman of life and limb”. Even in death the Duke’s loyalty to his Queen continues. He has been laid to rest, temporarily, and when the Queen finally leaves us, his remains will be moved, once more, to be by her side in death.

This funeral could not be more at odds with that of Diana, Princess of Wales, 24 years ago. Then the country fell into a vortex of grief for a life taken too soon. This was the funeral of a long life well lived and gave us the opportunity to, not so much grieve, as reflect. The lack of eulogy, but hauntingly beautiful recitals from the three choristers and soprano gave us time to be with our individual thoughts. We had time to reflect on a life of service, self-control and fortitude, used as a means to overcome destructive forces, both personal and external. This was a stoicism we can learn much from, both in our own lives and national direction.

When King George VI was laid to rest in 1952, Dean Acheson, the then United States Secretary of State, attended the funeral on behalf of the American nation. In a report to the Senate Committee on Foreign Affairs he commented on the silence and stillness shown by the crowd, whom he called a “solid, courageous, but tired people”. Let us hope, if there were crowds yesterday, the same could been said of us. This would have been the most fitting tribute we could have made to the Duke.

The funeral gave us a chance to reflect, not just on the singular life of the Duke, but also a generation to which the rest of us owe so much. The Americans call this “the Greatest Generation”. The fact there is no British equivalent demonstrates we have taken this group, represented by the Queen and the Duke, for granted for too long. I hope this funeral reminds us to do something about that, at the very least.

This funeral therefore is not so much an end as a beginning — beginning of the Royal Family moving to its post-Elizabethan age. It’s also the beginning of how we as a country will progress after the pandemic. We could do worse than take with us some of the stoicism and loyalty we saw on display yesterday.