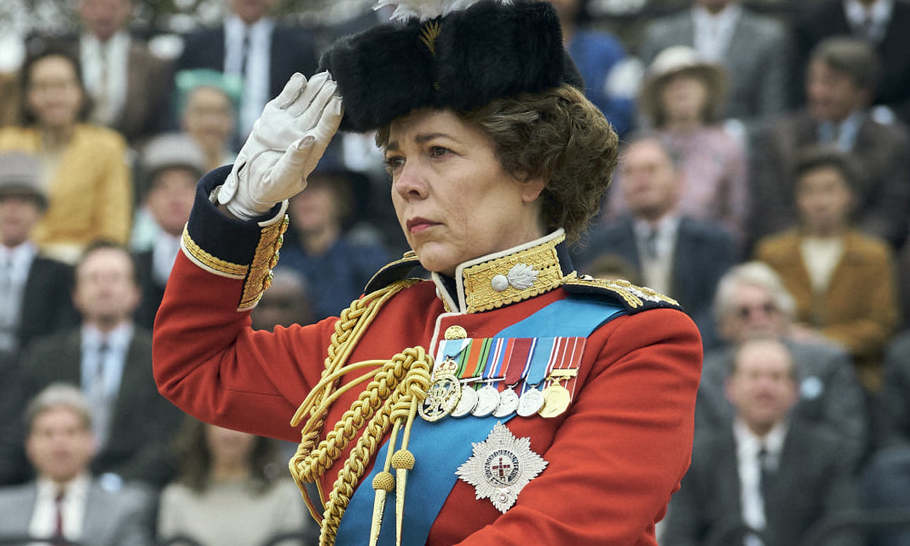 Since Season 4 of The Crown appeared last Sunday there have been two surprising things. First, how negative the response has been, especially on social media. Second, while some have attacked the series for its historical inaccuracy, others have said that that’s irrelevant, it was a drama not a documentary series.

The main attacks on The Crown’s historical inaccuracy have been in the Times, the Daily Mail and Private Eye. Over thirty years the royal historian Hugo Vickers has written books on The Private World of the Duke & Duchess of Windsor, Alice, Princess Andrew of Greece and Elizabeth, The Queen Mother. Writing in the Times last Monday, Vickers attacked Peter Morgan, the creator and writer of The Crown, for inventing the scenes where Mountbatten wrote to Prince Charles urging Charles to settle down, on the very day he was murdered by the IRA; where the royal family behaved appallingly to Diana accusing her of not knowing to whom she should curtsey and in what order; for implying that Prince Charles called Camilla regularly during the early years of his marriage; and for suggesting that the Queen wanted the world to know that she thought Margaret Thatcher was “uncaring”, leading to a story in the Sunday Times attacking the Prime Minister.

Private Eye pointed out how often Morgan changed the dates of key events in order to help him make the dramatic juxtapositions that are so central to his style. For example, “he needs to pretend the PM’s son went missing while the Falklands were in dispute, so that, with Prince Andrew about to get his chopper out over the South Atlantic, HMQ and her PM can simultaneously be mothers with sons in jeopardy.”

To this list one could add numerous serious omissions. This ten-part drama series about the Thatcher years from 1979-90 barely mentioned the IRA, Mrs Thatcher’s close relationship with Ronald Reagan, the coal miners’ strike in the mid-1980s, privatisation, her opposition to further European integration, the fall of the Berlin Wall in 1989 or the fact that she won three general elections in a row, two by a landslide. She divided Britain and changed British politics for a generation. There was barely a glimpse of any of this. It is like having Churchill without the war.

This can’t be wished away by saying The Crown is fiction. The characters are based on real figures, including some of the greatest figures in British and American post-war history, from Churchill and Kennedy to Margaret Thatcher and LBJ. Morgan can’t turn round and say, “Whoops! This was all just dramatic licence,” pretending that events coincided when they didn’t or simply inventing them. This has real consequences. Hugo Vickers is almost seventy; Penny Junor, another critic of the series, is 71. But what about people who weren’t even born when Mrs Thatcher was Prime Minister?

It’s not just The Crown that has been hammered for playing fast and loose with historical truth. Writing recently in the TLS, the historian Eamon Duffy attacked Hilary Mantel’s trilogy on Thomas Cromwell and the BBC series based on it for misrepresenting two central characters, Cromwell himself and Thomas More.

Duffy is fascinating about post-war historical novels and dramas about More, but his main focus is Mantel, who, he claims, turns More into “a religious fanatic and sadistic torturer… whose cruel humour masks self-loathing and a steely religious bigotry.” Duffy continues: “The novels harp on More as the supposed torturer – the theme recurs seven times in Wolf Hall alone, and in a flashback in Bring Up the Bodies he is portrayed questioning the evangelical barrister James Ranham on the rack.”

By contrast, writes Duffy, Mantel’s Cromwell appears “as a kind of secular saint, whose talents and humane attitudes foreshadow the twenty-first century. … His fictional household at Austin Friars is a paradise of religious tolerance, and a home for waifs rescued from the streets.”

But according to Duffy, it was Cromwell not More who was the torturer, responsible for the torture and execution of almost twenty-five Anabaptists and for the savage punishment of the English Carthusians who were “hanged and disembowelled at Tyburn”. According to Duffy, Cromwell’s role in the punishment of the Anabaptists is absent from Wolf Hall and the appalling death of the Carthusians is, writes Duffy, “evoked with a chilling absence of sympathy in Wolf Hall…”

Again, what is at stake is that these hugely popular books and the brilliant BBC dramatisations have changed the way a generation sees both men. Robert Bolt’s saintly figure of conscience in A Man for All Seasons, brilliantly played by Paul Scofield on stage and screen, has been replaced by the sadistic fanatic, played just as well by Anton Lesser in Peter Kosminsky’s series. “But the caveats of historians seldom shape popular opinion,” concludes Duffy. “Mantel’s trilogy has reconfigured perception of Tudor England for the early twenty-first century.”

In the same way, Morgan’s sixty-hour Netflix series will change the way many of us think of the Royal Family, especially Elizabeth and Charles.

Leaving aside specific issues in The Crown, the really damaging effect of Morgan’s series is that he provides a compelling picture of the Queen’s family as cold, heartless and completely dysfunctional. Diana, Princess of Hearts, and doubtless Meghan to come, are the saints. Everyone around them, fools and worse. These are one-dimensional caricatures. He has turned the Queen into some simplistic Freudian parable, the unloved daughter who becomes an unloving sister and mother. That’s neither history nor psychology. It’s character assassination. Worse still, much of it is just untrue.