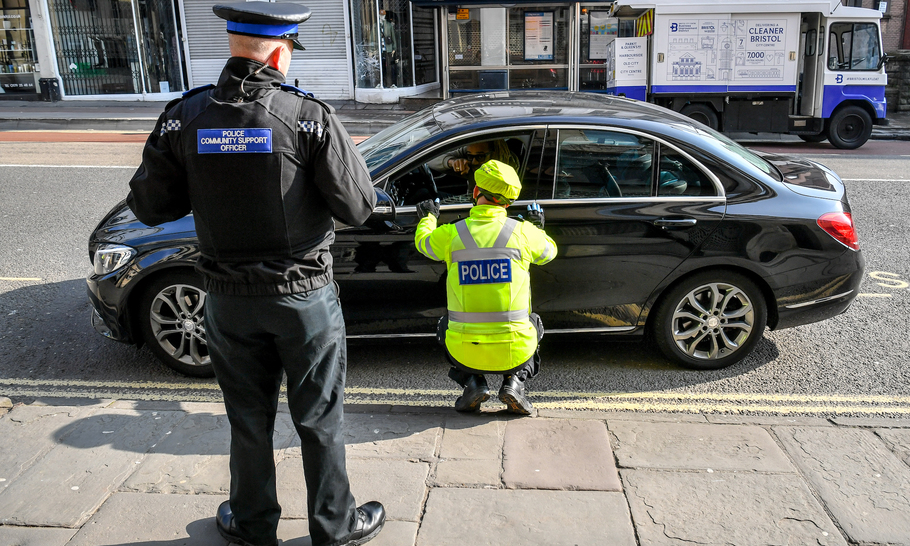 It was a busy weekend of crime-fighting for Britain’s police forces. Deep in the Derbyshire countryside, a group of miscreants plotted to go for a walk. There were serious incidents of sunbathing in London. One Warrington-based brigand was bored and took an unnecessary drive in a private car. Some unscrupulous traders even sold “non-essential” Easter eggs in shops.

The thin blue line that prevents our society from degenerating into lawlessness responded with warnings, passive-aggressive drone flying, summonses and tweeting — lots of righteous tweeting.

These selfless upholders of law and order ensure that you can sleep soundly in your bed at night. But that sense of security could be shaken if the crime-wave continues.

As resources become stretched, important aspects of policing are sure to be neglected. It’s possible, for instance, that a hate-filled tweet proposing that there are only two genders could go uninvestigated. Are we ready for that horror?

Admittedly, this sarcasm is a little unfair. No doubt, while some forces policed “social distancing” with deranged zealotry, others understood the limits of their new powers and acted responsibly and proportionately.

In any case, the police are only reflecting the government’s approach to stifling the coronavirus and, in turn, its strategies mirror the mood of the general public. We like to believe that in the UK we have “policing by consent”, and you could argue that that’s what we’ve been seeing — if you’re prepared to allow logic to meander a little.

Now, I am not a doctor, or an infectious disease specialist, or indeed a public health expert of any sort. I have no special knowledge of the science behind the virus and therefore I’ve been careful not to offer any opinions as to the best tactics to stop or delay its transmission.

But it turns out that that, in itself, is an insight that is not particularly common. Setting aside any debates about the government’s response to Covid-19, the disease has proved a fascinating case study in how our society responds to a crisis.

Most strikingly, when times get scary and hard, there is an almost irresistible clamour to do something, to do it now and, when you’ve done that, to do a lot more. This campaigning is detached from any serious discussion about how effective any action might prove or whether it is likely to have unintended consequences.

The chorus stayed more or less constant as the government escalated its response, and it is continuing into the early stages of something like lockdown. As yet, it’s difficult to judge whether Boris Johnson and his ministers have ignored the pressure and “followed the science”, but some of the measures they’re starting to enact certainly feel a little reactive.

While instances of members of the public ignoring social distancing have commanded a lot of attention, it’s far more surprising that most people have accepted drastic changes to their lifestyles without complaint. The vast majority are staying obediently in their homes, emerging just once a day and shopping infrequently, for things they really do need.

The pious social media bobbies and internet sneaks seem already to have forgotten the purpose of the government’s restrictions and are concentrating on the letter of the law, if not extending it far further than their remit runs. We’re staying at home, not because that act has acquired some merit. We’re supposed to be avoiding inadvertently spreading or acquiring the disease by coming into contact with others.

We can do this best if we’re allowed to show some common sense.

Driving to a remote car park, even if it contains half a dozen other cars, and taking a walk along a little-used path is not a foolhardy or irresponsible act, however Derbyshire police tries to depict it. Lord Sumption pointed out rightly that travelling to take exercise is not even prohibited under the new regulations. Using drones to film people going about their lawful business and shaming them on Twitter is sinister.

Meanwhile, the idea that we should be expected to live through this traumatic time without access to little luxuries like Easter eggs or alcohol is to show disdain for human nature. Even in far more difficult circumstances, people need distractions, amusements and a reason to keep going. The government must know, with its infamous team of behavioural scientists, that if they push the public too far, then it really will refuse to comply.

You could say that coronavirus is a perfect contagion for the social media age. It’s terrifying, but true, that the selfless thing right now is not to see those we care for, particularly when they are older, because by seeking human contact, we could kill them.

This fact overturns the most basic community impulses to reach out, visit and lend a helping hand, replacing them with a moral code where the highest virtue is to remain in a digital cocoon, projecting one’s superiority over any poor soul who leaves the house twice in one day for a walk.