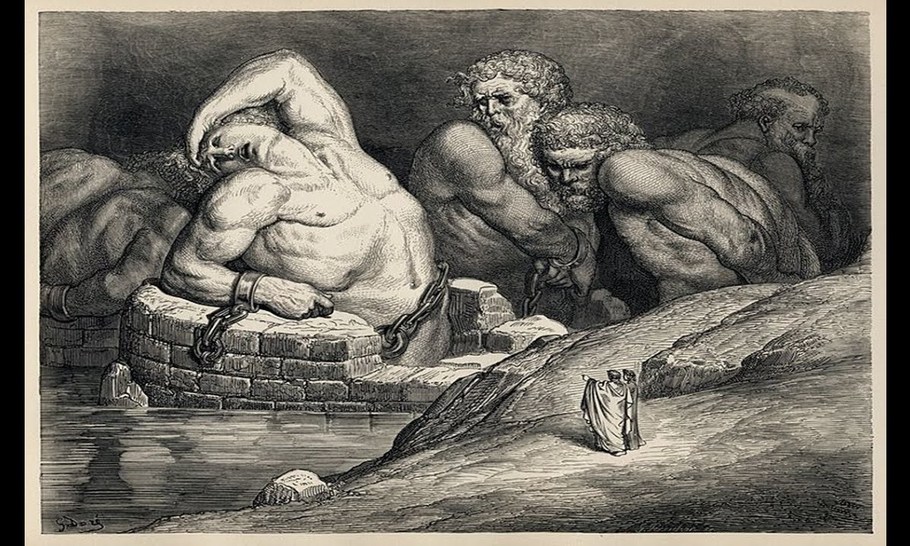 Donald Tusk has done all the hard work for columnists up and down this country, so I guess it would be remiss of me not to take him up on his generous offer and take this week’s column on a journey through Dante’s Inferno.

My mother always told me (and by always, I mean that it happened a lot) that the road to Hell was paved with good intentions. From this you can deduce that the lingering Catholic guilt is still strong in me, and that I was a difficult child to raise. My voting to leave the European Union was certainly paved with the best of intentions, but could it be that this warning, beaten into me as a child, was more prophetic than either of us realised?

Just where, exactly, will Brexiteers end up on March 29th, when the dead walk the Earth and the trumpets sound?

The first circle is a catch-all. It’s not bad, per se, but it’s still got WTO tariffs, so its not great either. It’s a circle everyone has been in for some time now, not just Eurosceptics. In the Inferno, it was where non-Christians of decent moral character went, so at least Justin Welby should feel at home. This is the realm of uncertainty; I wouldn’t go as far as to say it’s where the Irish backstop is, as that, presumably, is the place Brexiteers fear the most – but it’s certainly a form of transition phase.

The second circle, for those overcome by lust, will no doubt contain half of Westminster, too busy bonking people they shouldn’t be (whoever you are currently imagining in your mind’s eye: yep, them too). Sally Keeble might be here, as might Michael Fallon, and no doubt Boris Johnson will try to sneak in, as it’ll be better than what otherwise awaits.

The third, for the gluttons, will just be filled with MPs who fiddled their expenses, and staffed by officials from Public Health England, feeding vegetables for all eternity to Chris Snowdon and the libertarian folk at the IEA under the watchful eyes of Dame-on Sally Davies.

But what of the fourth? The greedy? Well, herein you will find rather a lot of Remainers. Those who fear to leave the EU for what it might do to their businesses, their profits, their wealth. Those who worry about the value of their London flats and houses that ordinary folk will never be able to afford. Those for whom democracy, the right of people, no matter how poor, to decide their fate, comes second to the size of the television or speed of their computer. And, perhaps here more than ever, we find the Eurocrats themselves: ever hungry for more power, more influence, and more money from the citizens of their countries.

The fifth circle, anger, is another all-encompassing one. Most people in politics are angry, and none more so than those consumed by Brexit. Everyone from Anna Soubry to David Lammy will probably end up here, alongside the louts on college green, Owen Jones and Paul Dacre, and no doubt a few Brexiteers. Evidence suggests Peter Bone will find a home in the fifth circle, and Andrew Bridgen and James Cleverly will spend eternity not talking to each other. But the big beasts? I’m not so sure.

The sixth circle is reserved for heretics, and it is here that we will find John Bercow, breaker of precedents, sat atop a great throne, shouting over himself to an audience of nobody for all eternity. The seventh, meanwhile, is for the violent, and is, thus far, thankfully as scarcely populated as the sixth, consisting of Mike Hookem and Steven Woolfe squaring up to each other, and continuously asking the other to step outside.

The eighth circle, for frauds, is where things start to get really interesting. It’s where any number of people could be, but as yet we can’t be sure. Fiona Onasanya will spend a few months here at least. Will Aron Banks or Nigel Farage join her? Alex Nix and Cambridge Analytica? How about George Osborne and the brains behind ‘Project Fear’? Will Bojo’s bus pledge get him a one way ticket to the eighth circle? Only time will tell.

And now, the final circle. The ninth circle. The realm reserved for traitors. And here we find sweet, innocent-looking Michael Gove, for having stabbed old Bojo in the back. David Cameron is also down at this deepest of the depths, having led the country into Hell and then promptly abandoned it. Brandon Lewis is here, for dobbing in the lustful Sally Keeble, and a worryingly large number of other Labour party members, who keep getting sent here every time they say something vaguely critical of Jeremy Corbyn.

But where is the Labour leader? For that matter, where is the Prime Minister, or the chief Brexiteers who drew the ire of Mr Tusk?

There isn’t really a circle for them; they haven’t betrayed anyone, nor been especially heretical. All they have done is stick to their principles, and try to do the best they can according to their interpretation of the world around them. There is no space in Dante’s Inferno for that.

So instead, we have to look beyond literature to find their corner of Hell, to the world of film. I may be paraphrasing, but I think it’s accurate. Because Hell isn’t a definitive place. For these people, the lack of preparation is their Hell. Yearning to leave something without a plan for how to do it. Norway, Canada Plus, Switzerland. It doesn’t matter. Because this is what Hell is. Eternity spent in negotiations. Eternity spent in transition. Eternity spent unable to follow through on promises. Eternity without securing a deal. Eternity spent in bureaucracy.