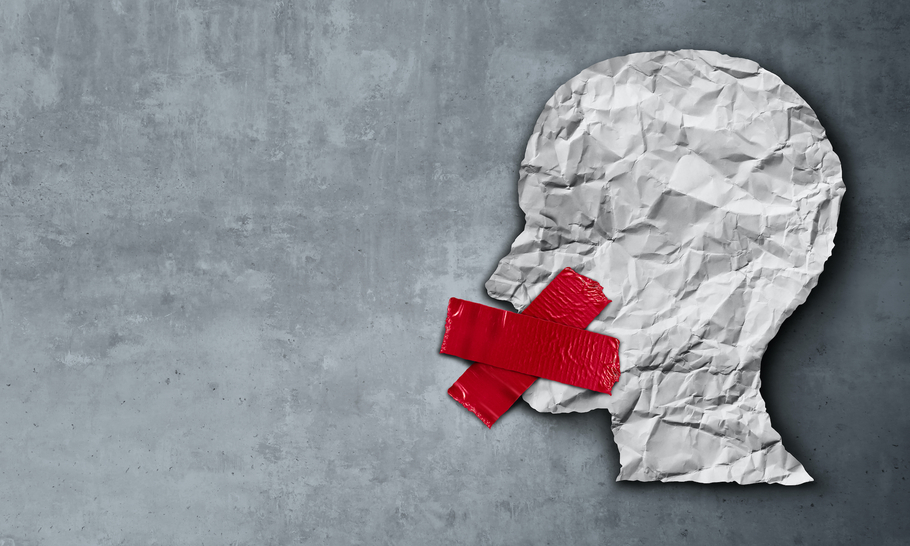 It’s a strange world we live in, when grown adults are calling a helpline, because there is something they want to say at work, but are too afraid. Hard to believe, but that’s where we’ve got to. Recently, The Times reported that a new initiative has been launched to help such people. It’s called “Counterweight” and it has already been flooded with calls.

Established by Helen Pluckrose, Counterweight can be described as a Citizens’ Advice Bureau for Woke issues. It intends to provide users “with practical information and expert guidance to resist the imposition of the ideology that calls itself ‘Critical Social Justice’.” Instead, Counterweight will help people maintain their own ‘“ethical frameworks for opposing prejudice and discrimination” without being forced to subscribe to the woke ideas imposed on them by an educational institution or employer.

According to The Times, Counterweight has already supported a black man who “got in touch after being threatened with disciplinary action by his organisation because he refused to undergo ‘unconscious bias’ training”. Parents have called “because their children are being forced to take anti-racism lessons”. Someone else was fed up by being asked to talk on panels about her race when she wanted to be able to talk about her job like everyone else.

It’s a magnificent initiative from Pluckrose and colleagues. But it’s an extraordinary comment on our times that it is needed. It illustrates the climate of fear — or at least constraint — that now seems pervasive across large institutions: public sector, private and charitable. Let’s hope that each individual that Counterweight helps, and each HR manager, head teacher, or diversity officer, who goes into work one day and finds their orthodoxy challenged, rather than meekly obeyed, becomes part of a fight back for free speech, wide debate, and viewpoint tolerance. Let’s face it. The sun will never rise on the utopian dawn where humans so miraculously agree on every single matter of importance, that we can put aside the need for tolerance, debate, democratic decision-making, and the willingness to concede sometimes that you lost the argument and need to live with it graciously.

The trouble is that Pluckrose and her initiative would have more chance of success if she and we, free thought and free speech, were merely boxed in by a prevailing and powerful cultural Zeitgeist. But it’s worse than that. We’re up against, not just culture, but the heavy hand of the State. One of the most powerful tools wielded against free speech and open debate in this country is the Non-crime Hate Incident.

The existence of this particular category of non-criminal behaviour first reached the public imagination with the Harry Miller case in 2019. Miller received a call from the police and was told to “check his thinking”, following his engagement in online debates about gender ideology. Miller learned that openly participating in an important debate about the meaning of sex and gender had earned him a police record accusing him of Hate. Following the public’s astonishment, and with the case going to the Court of Appeal (Miller wants his name cleared and his police record deleted), you might think the police would review their approach. Well, yes they have reviewed their approach. And they have doubled down.

The Telegraph reported last week that the College of Policing, the responsible body for guiding police forces on these matters, has quietly updated its hate crime guidance. What they seem to have focused on is setting out more clearly why and how we need our thinking checked.

Sounds like these non-crime hate incidents are serious, doesn’t it? Perhaps they are those incidents which fall just short of being serious crimes with a malevolent overlay of prejudicial hatred. But then the astonishing reminder. Nothing is too trivial to count as a hate incident. It is anything, that anyone, not just a so-called victim, perceives “was motivated wholly or partially by hostility”. The accuser does not have to explain how. “The victim does not have to justify or provide evidence of their belief for the purposes of reporting, and police officers or staff should not directly challenge this perception.”

At least this whole thing is limited by the required presence of certain “protected characteristics”? Not at all: “Hate crimes and non-crime hate incidents are also committed against victims who are targeted because of a non-monitored personal characteristic.”

Have a look at Example 3. A kid calls another kid a derogatory name — during a lesson at school. The police must keep a record.

Applying for a new job? “A current or prospective employer may request an enhanced Disclosure and Barring Service (DBS) check as part of their employment and/or recruitment processes. This may include records relating to non-crime hate incidents.”

No wonder people are fearful about what they say at work — or even at the pub after work. No wonder they end up calling a helpline. Who wants to be accused of Hate? But the helpline sure has its work cut out. It’s hard to dance with the devil on your back.

Sarah Phillimore, a barrister and co-founder of Fair Cop, is leading a judicial review against the College of Policing and its Hate Crime guidance – currently in its pre-action stages. Meanwhile the Daily Express reports that Priti Patel may be considering an overhaul of hate crime law. The newspaper reports that a number of Conservative MPs calling themselves the Common Sense group are on the case. I wish they would get a move on.

Helen Pluckrose, Counterweight, all of us, should be able to fight back against the Zeitgeist — only knowing that the Conservative Government, the police and the forces of the State have got our backs. Not that they themselves are the devils on our backs.