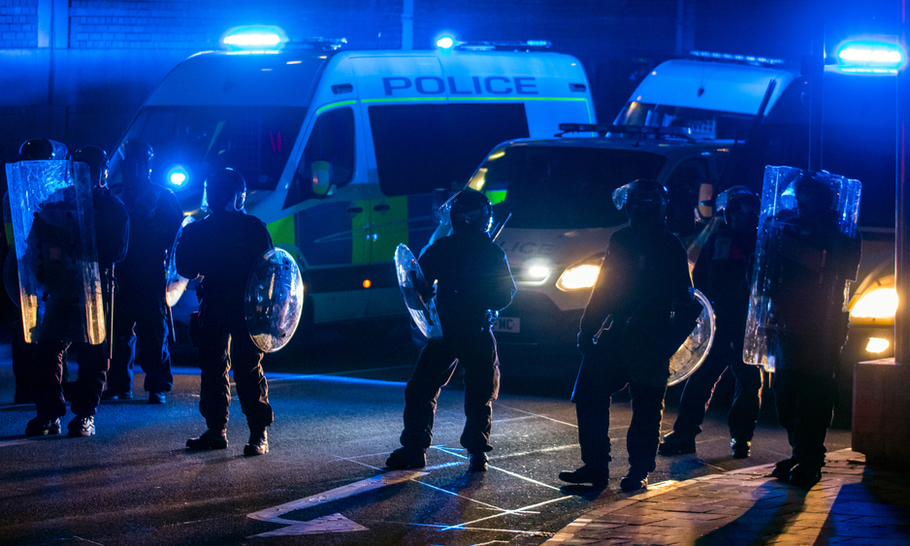 Andy Marsh, the Chief Constable of Avon and Somerset, is quitting his post early after criticism of his policing of protests in Bristol. After Black Lives Matter supporters last year toppled the statue of Edward Colton, the slave trader and philanthropist, Priti Patel, the Home Secretary, was reported to have given Marsh a dressing-down. Bristol was the scene of public disorder again this year, when on March 21 a “Kill the Bill” protest against the Police, Crime, Sentencing and Courts Bill degenerated into a riot in which police vans were burnt and a police station was attacked. Protests have continued since, with numerous arrests and police accused of “heavy-handed” tactics.

The Chief Constable has been caught in the crossfire. It seems likely that the criticism he received last summer for the failure of police to intervene in the BLM protest led to an overreaction last month when faced with protests against the Bill. Certainly the level of violence in Bristol has been unusual and alarming, with dozens of injuries on both sides, criminal damage and riot police drafted in from other parts of the country. Policing public order has been complicated by the need to balance the right to demonstrate with enforcing coronavirus regulations, but other police forces have generally managed to do this without serious trouble.

As a consequence of criticism from both sides, Chief Constable Marsh has decided not to seek another five years when his term of office ends in July. Although his statement did not mention the recent protests, it is assumed that his decision, which he describes as “difficult”, was not a voluntary one. Neither the Labour Mayor of Bristol, Marvin Rees, nor the Home Secretary will be sorry to see him go. But the new Chief Constable faces a daunting task to restore public confidence in the ability of his force to preserve law and order. Bristol has a large student community and relations between young people and the police appear to have broken down.

Here at TheArticle we have as usual tried to offer “every angle” on the controversy over the Police Bill. A substantial essay by Derek Gadd gave an historical perspective, from the “Battle of Cable Street” in 1936 to the “Battle of Wapping” in 1987. After the riot in Bristol, I wrote a Leading Article that was critical of Sir Keir Starmer for failing to support the police.

Today we shall publish a very different point of view, in a lengthy piece by Agatha Johnson. (Full disclosure: she is my daughter.) Her main target is the mainstream media, which she argues has failed to report police brutality against protesters in Bristol. Her essay includes first-hand testimony by two female friends who took part in a protest there several days after the riot of March 20. They claim that their attempts to keep the peace by sitting down were thwarted by riot police, who allegedly attacked these young women with unnecessary and excessive force. These accounts are vivid, distressing and disturbing, though it should be emphasised that Agatha is not a witness, was not present in Bristol at the time and cannot vouch for the veracity of these accounts. We hope that readers will respond in a measured way, but would welcome an article putting the other side of the story.

Anyone who has found themselves in the midst of a riot will testify that it is a frightening experience; dispassionate objectivity is almost impossible. Many will say that the violence that has erupted at the unfortunately named “Kill the Bill” protests proves that the police do indeed need more powers to maintain the rule of law. Others, on the contrary, will argue that policing is already too dependent on coercion rather than consent. The original Peelian principles which still govern policing in this country include the idea that the police are the public and the public are the police. Officers are expected “to use physical force only when the exercise of persuasion, advice and warning is found to be insufficient to obtain public co-operation . . . and to use only the minimum degree of physical force”. Readers must judge whether the police in Bristol have been abiding by these principles in their handling of protests.