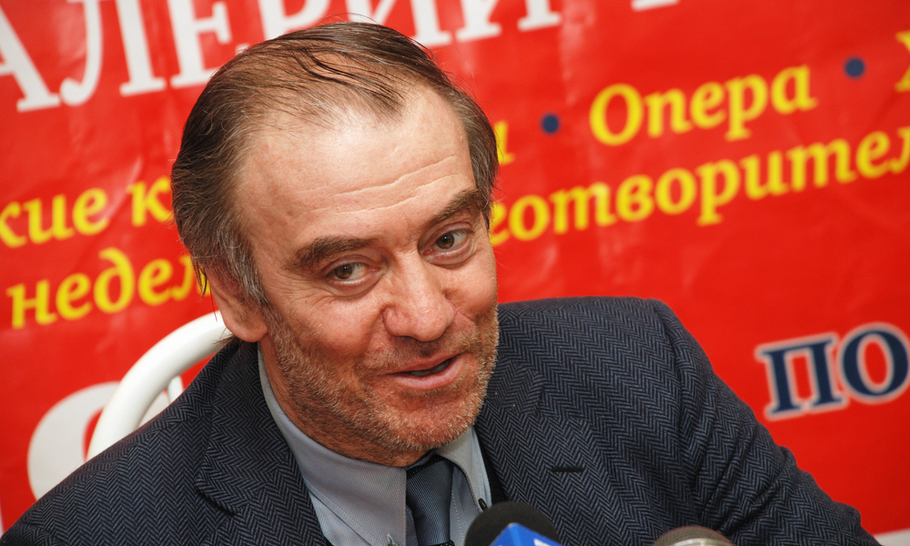 The gift of musical talent is among the most divine of human accomplishments. Usually manifesting itself early in life, the ability to play or compose music seems to embody the elusive concept of genius in its purest form. Nothing connects us with the profoundest depths of our being, with a world beyond time and space, quite like music.

Our instinctive admiration for those with the power to delight us in this unique way sometimes blinds us to the fact that they, too, are merely human. Musicianship confers no immunity from what Hamlet calls “the heart-ache and the thousand natural shocks that Flesh is heir to”. The tragic lives of many great names in the history of music bear witness to their vulnerabilities and flaws, frailties that infuse their works and performances with the humanity that often renders them so lovable.

However, musical talent certainly does not confer wisdom, in particular political wisdom. The case of Richard Wagner — one of the greatest tonal innovators of all time, yet also a vile anti-Semite whose pernicious influence endured into the Nazi era — should suffice to illustrate this point. More recently, the 20th century has many examples of musicians who were ready to lend their prestige to dictatorships in exchange for patronage. One thinks of Richard Strauss and Carl Orff in Germany or Sergei Prokofiev and Dmitri Shostakovich in the Soviet Union.

It is true that some had qualms about placing their gifts at the service of monsters: the music of Shostakovich, for example, is often subversive of the oppressive system that it ostensibly celebrates. We know from his correspondence that Wilhelm Furtwängler, the leading German conductor of his day, agonised about his role as Hitler’s Kapellmeister. And yet Furtwängler carried on entertaining audiences in Berlin to the bitter end of the Third Reich, rather than follow the example of his great rival Arturo Toscanini, who chose to emigrate rather than to serve Mussolini and his Fascist state.

That is the dilemma that also faces Russian musicians today. One of the most eminent of them, the conductor Valery Gergiev, has long since made his choice. Vladimir Putin is not only his patron, but — in so far as this cold-eyed autocrat of all the Russias is capable of non-transactional relationships — his friend. Gergiev has denied that he and Putin are close enough to be godparents to each other’s children, for instance; but many things that Gergiev denies turn out on examination to be true. In any case, Gergiev does not deny that he has received a host of honours and awards from the Russian state; more particularly, he has accepted Putin’s offer to act as his personal ambassador — a role that he took on after the invasion of Ukraine.

That “special operation”, indeed, has prompted Gergiev to excel himself in expressions of Russian patriotism, just as he did after the invasion of Georgia in 2008. On that occasion he gave a concert in the ruins of the South Ossetian Parliament in Tskhinvali to demonstrate his solidarity with the invaders. His own Ossetian heritage was treated as an extenuating circumstance, but Gergiev has made a habit of glorifying Putin’s military exploits.

After the annexation of Crimea, he signed a letter in support of Russia; after the (archeologically destructive) recapture of Palmyra from Isis, he conducted a concert in the ruins as a tribute to the Russian forces and their allies in Assad’s Syria. Gergiev has no scruples, either, about whitewashing Putin’s domestic repression, for example by denouncing the dissidents of Pussy Riot or defending the persecution of homosexuality.

Despite his fanatical allegiance to a criminal regime, this favourite at the court of the Russian despot has led a charmed life in the West. For decades he has been fêted in every major musical centre, enjoying privileges of which lesser mortals can only dream. Now, however, the spell has been broken. One after another, his former patrons have disowned him, from Manhattan to Milan, and his tours of Europe and America have been cancelled.

Yet he has stubbornly refused to condemn the war. When the Mayor of Munich dismissed him from his post as chief conductor soon after last February’s invasion, Benedikt Koehler wrote here that Gergiev had been fired, not as a musician per se, but as the manager of a civic corporation, the Munich Philharmonic. It is understandable that a German city might not wish to have an apologist for military aggression as its representative.

What was not yet known at that time, though, was the extent of Gergiev’s wealth in the West, apparently amassed at least partly through a charitable foundation. The light that has now been shone on the conductor’s private activities helps to explain his public stance. An investigation by Maria Pevchikh of the Moscow-based Anti-Corruption Foundation (FBK), set up by the now imprisoned dissident Alexei Navalny, claims that Gergiev has embezzled millions in order to create a property empire worthy of an oligarch.

Bank statements obtained by the FBK show, they claim, that he has moved large sums from his Valery Gergiev Charity Foundation, set up to support “talented young musicians”, into his own account, using the cash to acquire or build residences in New York, Italy and St Petersburg. These funds pay for his plutocratic lifestyle with much younger wife, Natalia Dzebisova, a musician whom he married while she was still a teenager.

Maria Pevchikh went to considerable lengths to stand up her story, pretending to be a fan in order to get Gergiev’s autograph so that she could compare it with his signatures on other documents. She sailed up the Grand Canal in Venice to get close-ups of the Palazzo Barbarigo, the jewel in the crown of Gergiev’s portfolio. Her video about the conductor went viral on Twitter before the platform placed it behind a “sensitive content” barrier, presumably for legal reasons. With her co-author Georgy Alburov, she accuses him of using his talent “to serve war, death and destruction”.

So far, Gergiev has ignored the allegations, but the authorities in the West cannot do the same. Ms Pevchikh does not mince words in summing up her case: “Valery Gergiev may be the most brilliant musician on the planet but, unfortunately, that does not change the fact that he is a fraud and a thief.” She demands that he be sanctioned like any other Russian oligarch known to be an associate of Putin. His foundation should be investigated and his assets frozen.

And she calls on Western governments and institutions to strip him of his honours and privileges. The Netherlands, for example, has made him a knight of the Order of the Dutch Lion and conferred honorary citizenship on him — an honour that she claims he has used to travel as a Dutch citizen. Like Roman Abramovich and Putin’s other courtiers, Gergiev may find that his riches and connections in the West avail him little once he is pursued by the long arm of the law.

The allegation that he has exploited a philanthropic foundation to enrich himself is not merely damaging to his reputation, but is an allegation of criminality. Though the allegations are still unproven, Gergiev will sooner or later have to answer them. Unless he can clear his name, he may never be able to perform outside Russia again.

Musical genius may be a gift of the gods, but the fame and fortune it confers also brings with it temptations. Gergiev has chosen not only to take the Kremlin’s shilling, but to imbue himself with its bloody crimes. He who pays the piper calls the tune. Now the world can see that Gergiev is Putin’s piper and the tune the dictator is calling is a death march.