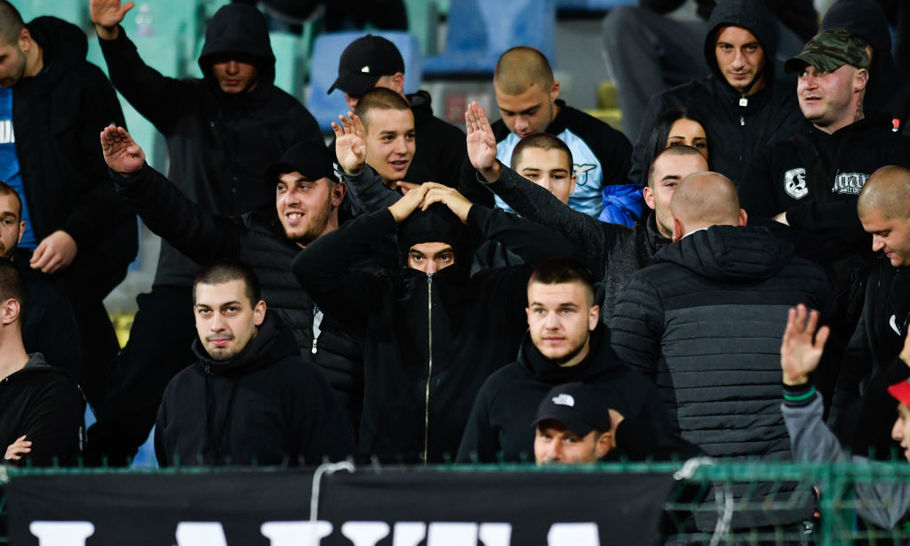 The unpleasant scenes in Sofia on Monday night, when black England football players suffered inexcusable racial abuse from Bulgarian fans, is a reminder, among so many other things, of the close, symbiotic relationship between sport and politics. But it is not over Bulgarian politics that the episode casts a dark shadow. It is over the very nature of the European Union.

Supporters of the European Union have long argued that the supranational nature of a federal Europe acts as a form of control over ‘nationalism’ and its ‘ugly traits’ of ‘xenophobia and racism’. Britain, they continued, would become a more tolerant country if it remained in the EU. These sentiments emerged much more clearly after the Brexit vote, which infuriated a certain type of liberal. Accusations flew, and continue to fly, that Brexiteers are not just closet racists, but also that the vote had created a spike in ‘hate crime’ and attacks in the street on migrants.One of the best-known examples of this strand of sanctimoniousness is David Lammy, who even claimed that comparisons between the hard-Brexit European Research Group and Nazis and supporters of South African apartheid was ‘not strong enough’, and suggested that the Brexit debate had allowed proponents of hard right views to flourish.

But the racist taunts of so many Bulgarian supporters immediately expose the superficial and shallow nature of this association between the EU and anti-racism. Not just that, but it reverses the tables. Bulgaria joined the EU in 2007, and if racism is so prevalent within its borders then ‘free movement’ – of ideas as well as of people- into our territory surely risks importing the same obnoxious attitudes. In other words, we are at risk of forgetting just how tolerant and civilised our own country is.

Just imagine the trouble that some of those fans could cause if they left Bulgaria and came to this country to start new lives. Of course, the immediate reaction of our liberal elite would be to herald their arrival, praising the hard-working nature of the East European migrants who come here. Suddenly, after last night’s incident, the same bien-pensants would be asking more awkward questions. Maybe some of those Bulgarians would be abusing or harassing our own non-white population with the same unpleasantness they showed last night.

The association between the EU and racism is of course nothing new. It has been unmistakably clear ever since 2010, when Viktor Orban won a majority in Hungary’s parliamentary elections. In Germany, the rise of the AfD also took liberal Euro-enthusiasts by surprise, as did the surge in support for highly conservative or fascist movements in Poland, Austria, France and elsewhere. Suddenly it no longer seemed implausible to imagine the far-right seizing power in the very heart of Brussels and introducing an agenda that was not just alien, but utterly abhorrent, to a liberal mindset. Supporters of the European federal project invariably see the upside to its achievements and benefits- the introduction of shared environmental standards and (to socialists) of workers’ benefits. But they need to see the darker side of continental Europe and its traditions, and be reminded instead that Britain is one of the most tolerant nations in the world: surveys have found that we are far more tolerant of immigrants than many of our continental neighbours. If we stay in the EU, then this could so easily change.

Brexiteers should make the most of this association between racism and the EU. During the referendum campaign, it was rightly emphasised that an independent UK could give priority to black and Asian skilled migrants at the expense of the unskilled EU migrants who currently have free right of movement over our borders. Now Brexiteers have even more reason to ask searching questions about what membership of the EU would, or could, do for us.