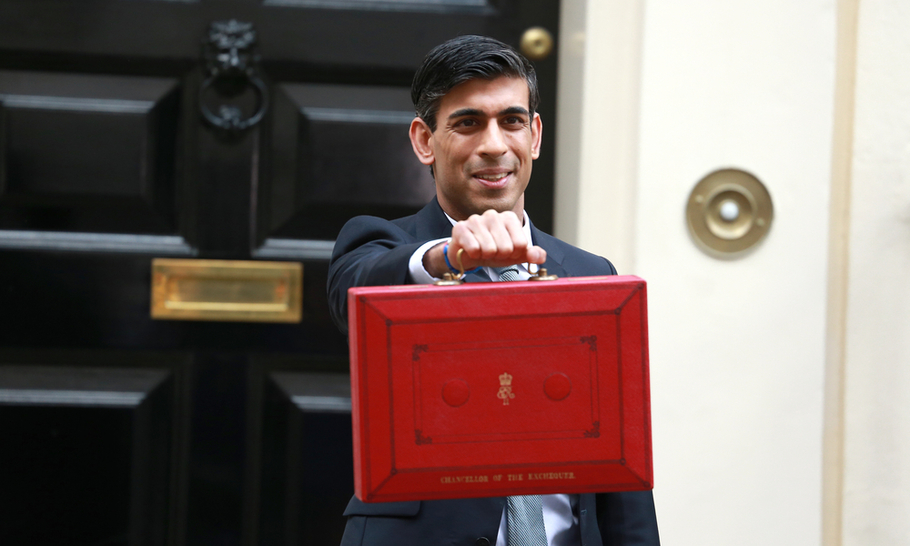 A major debate has kicked off with important economic implications, and political consequences that go far beyond the daily cut and thrust of party politics. With public sector net borrowing expected to soar to over £350 billion in 2020/21, or 18 per cent of GDP, the government has either flagged its intention to raise taxation in a forthcoming public spending review and Budget this autumn, or floated a trial balloon to see what might or might not fly.

There are two essential issues here: the first is whether there’s an economic case for the government to raise taxes now on our still Covid-dominated economy, to put public finances onto a more sustainable footing, as Chancellor Rishi Sunak has said. The second is more political, namely if by doing so, the government would be compromising the functionality of our institutions and therefore our democracy.

The starting point in the economic argument is that higher taxation is one of four methods the government can use to lower the debt burden. The other three are default, restructuring — of which financial repression is a subtle form — and higher inflation. I think we will certainly get the latter two, and also that higher taxation is coming. But what will we get, and when?

Most of us take it as read that public spending restraint — austerity — would be economically damaging, and inappropriate when demand for public services is so high. It would be political suicide for any government that tried it. Taxation, therefore, is the only other option. But to raise meaningful tax revenues the government needs to know what the outlook for the economy out to, say, 2025, might be, and how spending, tax revenues and the deficit might behave.

Six months after the Covid lockdown started, and with heightened concerns about the infection rate as people are encouraged to return to their workplaces, schooling resumes and winter looms, it is clear that the government has no idea how to frame the answers to these questions. This is not a put-down: no government can know these things right now.

As things stand, the economy looks set to bounce back in the three months to September from its second quarter record slump, but the outlook is still murky. UK businesses are believed to be scaling back their investment spending, according the Bank of England’s regular survey of key decision makers. Many firms are expected to announce or make redundancies as the furlough scheme is phased out. Raising taxes to a level that would reduce the deficit would almost certainly tip the economy back into recession. (For economic nerds, it would amount to government saving on top of excessive levels of private saving.)

In a nutshell, there appears no fundamental case why the government needs to raise the level of taxation now in order to lower the deficit. It is easily financed, as there are elevated levels of private sector savings and no pressure on long-term interest rates. Sterling is broadly stable. There may well come a time when we need to raise taxation to cut the deficit, but that time is in the future, and we have other tools for now.

To make a meaningful stand in cutting the deficit, though, taxes on capital and wealth generate nowhere near the necessary revenues. For that, the government needs to look at more general forms of taxation on income and consumption, which most people pay. It is simply not the time for that.

Beyond the immediate issue of which taxes to raise, when and for what reason, there is a bigger political issue that suggests strongly we should not mess with the tax code for deficit-cutting purposes as we have done in the past until the circumstances, especially regarding Covid, look more propitious.

For the first time since the 1980s, fiscal or budgetary policy is enjoying something of a revival. It is putting an additional weight of responsibility on Rishi Sunak’s Treasury, drawing a line under the last four decades during which the Bank of England lay at the heart of policy making in this country. It was and is no different in other major countries. We are emerging from a world in which monetary policy was dominant and central banks reigned, to one in which fiscal policy is dominant, and central banks will play a subordinate role.

By this, I do not mean that there is no role for monetary policy. Far from it, but at close to or at zero interest rates for a considerable time, monetary and liquidity policy is only effective in reaching into the nooks and crannies of financial markets and driving up asset prices. This is relevant principally for wealth owners and the better off — or if you like, for capital as opposed to labour.

Yet, we have surely been catapulted by the pandemic towards a stronger realisation that what we want and need as a matter of urgency is economic policy that is effective in reaching people, and the purchasing power with which they satisfy the goals of businesses that need to sell them “stuff”. Fiscal policy is far better suited to this purpose as the pandemic has shown us through the furlough scheme and other measures of income support.

It isn’t just the pandemic, though, that is our lodestone here. We are constantly trying to balance the contradictions between capital and labour, or between capitalism and democracy, adjusting and tweaking, and sometimes embarking on major lurches towards one or the other. We seem to have reached a point in 2020 that is at least as important as the one we reached at the end of the 1970s when a material change in public policy was necessary. At that time, it was deemed appropriate to tip the scales in society towards capital, efficiency, disinflation and wealth accumulation. Monetary policy, independent central banks, and stable, low inflation were to be the tools of delivery. It wasn’t wrong, but like many things in life, it can go overboard, and did.

Now, in the wake of the financial crisis and the pandemic chaser, the new priorities are shifting from capital to labour, from accumulation to distribution, and from monetary to fiscal dominance. It’s what our democracy demands. Budgetary policy fulfills a crucial political as well as economic role. We must let it do so, until we are confident we can rein deficits back in, and use other tools to lower the debt burden on society.