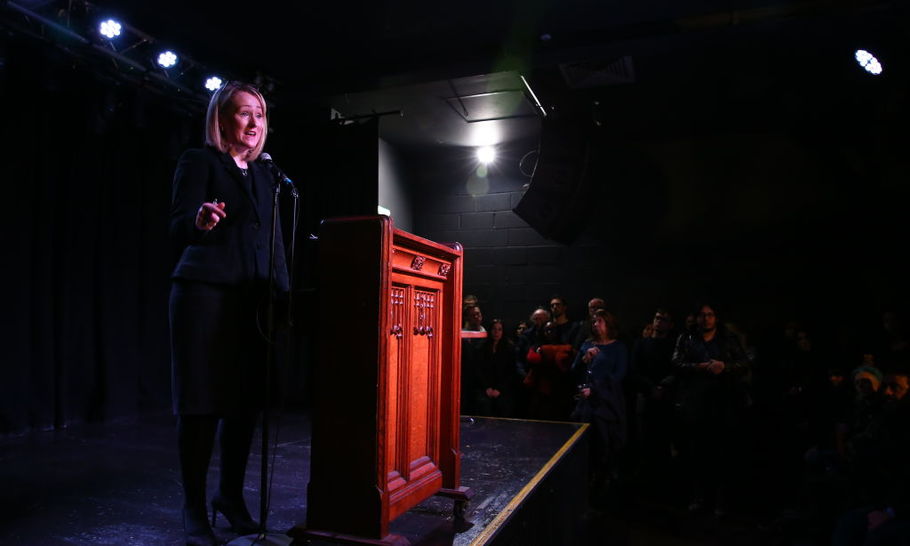 Rebecca Long-Bailey announced last week that she is opposed to the idea that there should be a practical, or legal, difference in abortion term limits between the termination of a “normal” child in the womb versus the termination of a “disabled” one. Abortion term limits, she suggested, should be harmonised so as to dissolve this difference. Needless to say, the “woke” avatars of the censorious left piled in and, disappointingly, she retreated.

It was one of those irritating occasions when you’ve decided something negative about someone and they sort of surprise you by showing they aren’t that bad after all. That said, I’m more interested in her retraction than the comments which got her into trouble, but context is necessary.

She has framed this curious distinction — on abortion term limits — in the language of her Catholic faith. This is the point at which she went wrong. There is a secular argument to be made that the harmonisation of term limits recognises that every fetus is equally disposable.

Long-Bailey’s instinct here, and she was brave to announce it, is an entirely correct one. But it isn’t a Catholic one: it’s the opposite. It’s a compromise of the sort that St Paul would have argued will lead us into the evil of relativism (which he absolutely hated, hence the letters).

What Long-Bailey argues for is a sort of level playing field. But when the field is circumscribed by injustice then it’s not good enough to insist that what happens on it is morally acceptable. There is no way you can justify abortion from within the framework of the Catechism of the Catholic Church. It is a logically unavailable position.

No practising Catholic should be endorsing “abortion term limits” of any length — because to introduce that concept is to retreat from doctrine. The Catholic position here is unassailable in its own terms: the child at conception is more than a potential person, he or she is an actual one. A centre of infinite moral value, and one who generates in the rest of us a very specific obligation: to cherish it rather than to dispose of it. Regardless of the circumstances which accompanied that conception.

You’re entitled to disbelieve the metaphysics involved here, but when you declare a Catholic faith then you aren’t entitled to rewrite the terms of engagement for the rest of us.

Which is why it’s the retraction that is disappointing. Rebecca Long-Bailey hid behind that old false mantra that her religious beliefs are “personal” and that her politics come first.

That’s sort of the wrong way around. Certainly, for a Catholic, or indeed any Christian.

The Gospel accounts offer the following message: that you have to go out and do stuff and the main thing you have to do is to make sure other people go out and do stuff as well. And the stuff you have to do is what he tells you to do. Jesus did not meet a single person, in those accounts, without giving them something to do and he was irritating if you were lazy. To “evangelise” is to “announce the good news”: to keep it private is to indulge in a sort of Christian disobedience.

Any Christian who, when challenged, retreats behind what John Stuart Mill called “the tyranny of opinion” is doing a St Peter on the night that Our Lord was arrested: a denial which might in the end be forgiven, but remains a denial of him nevertheless.

People get Christianity wrong when they treat it as sort of belief system in possible competition with other belief systems. Within a freewheeling conversation it does make sense, in the pub, to insist that ultimately it’s a private thing. But Christianity is not a philosophy — it is a relationship. With a personal God who declared his love for us by act rather than announcement. And when you are in love it seems impertinent when people tell you to keep it to yourself.

The problem with Rebecca Long-Bailey’s comments is not that they were Catholic but that they weren’t Catholic enough and when the pushback, the inevitable Groupthink Pile On occurred, she retreated and became St Peter. She denied.

Peter was forgiven. But there is something in the gospel of St Matthew where he says that you can offend against God and be forgiven, but not against the Holy Spirit — the animating version of God here on earth.

That said, she was impressive last week. How often do we see a politician brave enough, within that playing field, to affirm that the “reproductive rights” movement was offending against what Jesus called “the least of us”?

I’ll give her that.

“It's just our time” — the women running the country's biggest newsrooms

Nationalism puts the world in danger

I am addicted to PMQs

Are the Democrats as smart as they think they are?