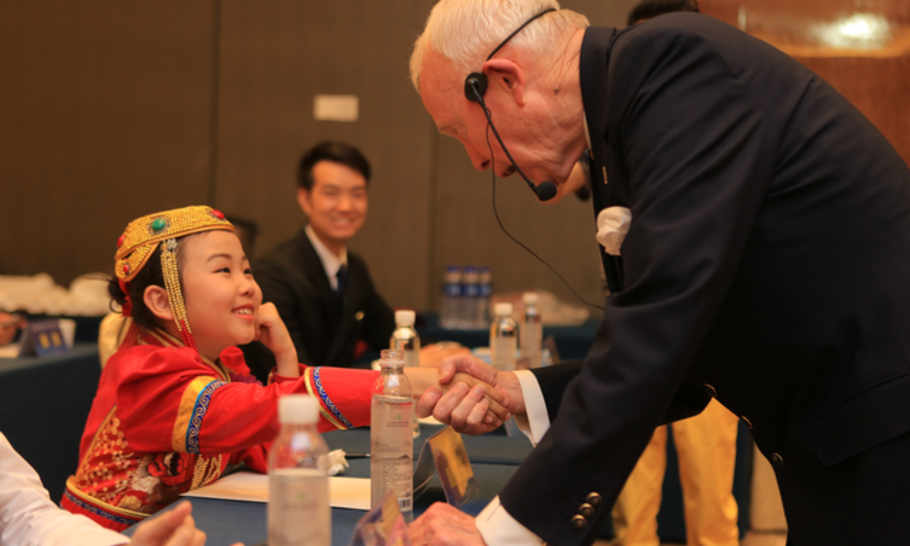 Tony Buzan, who died of a heart attack earlier this month in John Radcliffe Hospital, Oxford, was originally motivated by the question of “who is intelligent?” During his time at junior school, the young Tony was struck by the anomaly that one boy, who had a tremendous knowledge of nature, repeatedly failed in school tests on his favourite topic, because of an inability to express himself. Unsurprisingly, the nature expert was consigned to the bottom of the class, in spite of the fact that Tony knew that this boy’s knowledge was far superior to his own. The authorities had decided who was intelligent and who was not. Tony experienced this as grotesquely unfair and it eventually led him to develop three beliefs.

The first was that an operations manual was needed for the human brain, not its medical functions, but the way it works. The next was that every human has a spark of genius within, but the problem was to ignite it. Tony’s third and final insight was his invention of the Mind Map, a tool for recording thoughts, plans and general creativity, which bypassed conventional academic norms. The Mind Map was predicated on radiant thinking, spreading out from a dominant central concept, utilising colour, dimension and association. The Mind Map also revealed itself as a powerful memory aid.

Tony went on to write over 140 books , translated into 40 languages, as well as lecturing around the world and making numerous TV programmes about his ideas. He was an enthusiastic player of mental games, such as chess and go, and a near Olympic standard rower on his favourite stretch of The Thames at Marlow, where he often skulled with Sir Steve Redgrave.

The perception that the Mind Map also promoted memory drew Tony towards the foundation of the world memory championship at London in 1991. This was won (for the first of eight times) by the dyslexic Dominic O Brien. Growing from just eight entrants in 1991 to over three hundred entrants,  the 2018 world championship was won by a 14-year-old Chinese girl, Wei Qinrun. Both victors exemplified Tony’s belief that everyone possesses that immortal spark of genius, which merely awaits the right flame to set it in motion.

Having known Tony for thirty years, and written his biography, what struck me most about him was his inner child. It was clear that his own school experiences had marked him deeply and left an indelible impression. I have already remarked upon his early questioning of who decided who was intelligent or not, and throughout the rest of his life Tony repeatedly positioned himself as the headmaster of the human race. Indeed, one of his numerous unfinished books at his death was an ambitious report card on the human race, marking humanity out of 100 on such topics as the environment, education, peace, economics, race and gender relations ad infinitum. Another was an exploration into animal intelligence, a subject which constantly absorbed him. His speciality was the brain: how could insects with micro brains achieve such feats of organisation as, for example, evinced by ants and termites, or arachnids such as the Portia spider?

Unsurprisingly, Tony found himself particularly at ease with kids, and one of his triumphs was the TV series In Search of Genius, in which Tony , on camera, took a class of wild comprehensive school children and converted them over six programmes into model pupils. In contrast, at the elite end of the spectrum, Tony once received a mysterious phone call inviting him first class, no expense spared, to a desert hideout in Bahrain; sworn to secrecy, Tony was greeted by none other than Michael Jackson, who offered Tony £100,000 to teach mental literacy, mind mapping, memory and speed reading, to the megastar’s offspring. While Tony lectured the family on mental improvement, Jackson retired to his inner sanctum to imbibe a potent drug infused concoction of what he described as “Mother’s Milk”.

In spite of his impressive catalogue of published manuals on the working of the brain, what Tony truly craved was recognition as a poet. Particular favourites were his friend and poet laureate Ted Hughes, Gerard Manley Hopkins and Shakespeare’s Richard II, especially those lines where John of Gaunt advises his son Bolinbroke, to regard his banishment by the King as his volitional banishment of the King.

Tony’s enduring legacy will, however, be those generations of readers of his books and attendees at his lectures who found unsuspected depths within themselves and were inspired to maximise what Tony frequently referred to as that sleeping giant – the human brain.