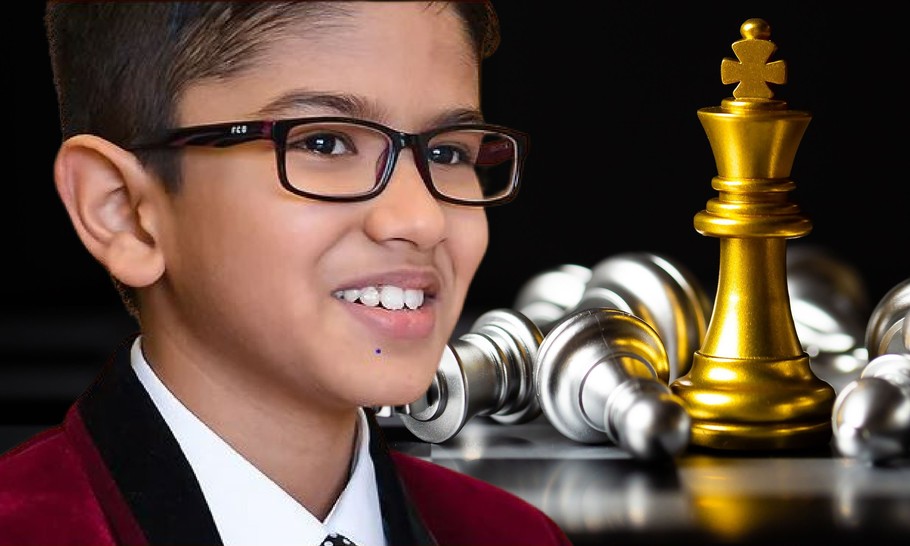 Chess is known as the royal game, and not just because of its association with rulers. Such include Charlemagne, Emperor of the West and Alexius Comnenus, Emperor of the East, not to mention Elizabeth 1, Mary Queen of Scots, Charles 1 and Peter the Great. The game’s equally valid credential is the presence of Kings, Queens, Castles (rooks) Knights and Bishops. But now there is a third justification.

Shreyas is now on course to become the UK’s youngest ever Grandmaster, shattering previous records set by Nigel Short, Michael Adams, Luke McShane and David Howell. His talent is so outstanding that Shreyas has a realistic prospect of ascending the heights of the world championship itself. To have a Royal as world chess champion would be a delicious irony, one that would have delighted such witty Falstaffs of the chess universe as Dr Savielly Tartakower, Grandmaster Emeritus Harry Golombek OBE and the jovial Soviet Grandmaster, Eddie Gufeld, once memorably described by Nigeł Short as “spherical.”

And yet it might not have come to pass, and Shreyas might have been packed off to join the throng of teenage Grandmasters from India. The White Knight who rode to his rescue and helped materially in obtaining an extended work visa for Jitendra, Shreyas’ father, and leave to stay for himself and his family was Julian Simpole, the chess trainer whom I have previously identified as the Praeceptor Britanniae, our equivalent of the celebrated German teacher , Dr Siegbert Tarrasch.

Julian not only worked tirelessly to persuade the powers that be to grant the relevant visas, culminating in a campaign in The Times; he also stepped forward to offer a series of free tuition courses, an area where previously, the entire British chess community had for a good time been inactive. Shreyas’ rescue for British chess is largely down to this unsung hero, since others were not slow in claiming the credit, once success was in view.

Julian has also had the distinction of training both Luke McShane, who went on to become the youngest Boys’ U-10 World Champion (at the age of eight) as well as David Howell, who developed into Britain’s hitherto youngest Grandmaster. Julian helped Howell on his path with a series of fourteen lessons, several of which are documented in Julian’s classic book Junior Chess Training.

My obituary of Michael Basman in last week’s column has resulted in numerous endorsements of my proposal that he should be recognised as joint British champion for the latter part of 1973 and early 1974. As further evidence here is the chart of leading scores from the 1973 British Championship in Eastbourne.

We hope to be able to publish the whole tournament details of Shreyas’ triumphant performance in Bavaria when these are to hand, but as an eminently suitable place holder in the interim, enjoy the following recent sacrificial masterpiece by the young man in question.

It was against a strong International Master, Georg Kilgus, played during the European Individual Championships earlier this year. We look forward to more of the same!

Raymond Keene’s latest book “Fifty Shades of Ray: Chess in the year of the Coronavirus”, containing some of his best pieces from TheArticle, is now available from  Blackwell’s . His 206th book, Chess in the Year of the King, with a foreword by The Article contributor Patrick Heren, and written in collaboration with former Reuters chess correspondent, Adam Black, is in preparation, hopefully to be ready for publication in time for Christmas.