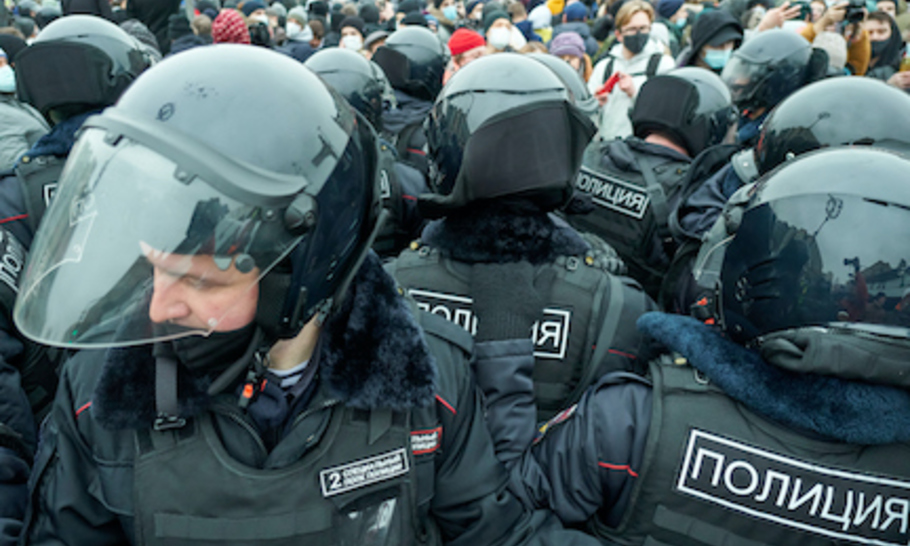 Last Saturday thousands of Russians across the country came out on the streets to support the opposition leader Alexei Navalny, imprisoned after returning to Russia on January 17. The protest was not only about Navalny or his recently released investigation into an extravagant palace which he says belongs to Vladimir Putin. It is the result of an accumulation of factors, including corruption and the Kremlin using and bending rules for its own purposes without any accountability.

Ahead of Saturday, musicians, actors, athletes and other celebrities released videos supporting Navalny. They argue that this is not about approving of Navalny’s views, but about respect for the rule of law, civil society and the future of the country, which has been manipulated by the same elites for two decades.

The message has resonated with thousands of people. They came out despite the pandemic, the winter’s freezing temperatures (it was minus 51 C in Yakutsk, eastern Siberia), and the very real danger of being fined, arrested or beaten up. None of these events had official approval from authorities. Indeed, more than 3,000 people were detained. This was the largest number in one day since 2017, when people came out in protest against the corrupt activities of the then Prime Minister, Dmitry Medvedev, the target of another video from Navalny’s Anti-Corruption Foundation (FBK).

One significant aspect about Saturday was the increasing number of protesters in smaller cities, especially in Siberia and Russia’s Far East. Previously, opposition movements were limited to European Russian cities, especially Moscow and St Petersburg. The pandemic’s consequences, decreasing living standards and rising prices in many regions are now encouraging people to take to the streets.

But the most important and visible aspect of this protest was the number of young people openly demonstrating their discontent with the path their country is taking. TikTok and other social media platforms were full of teenagers and young adults calling on one another to take part in Saturday’s protests or taking down Putin’s portraits from their classrooms. The Russian communications watchdog even threatened the platforms with fines if they did not delete the posts.

Polls show that more than half of the participants on Saturday were between 18 to 35 years old. About half who came out to protest in Moscow said they did it for the first time. Vladimir Putin’s regime is completely distanced from this segment of the population. The people in power don’t know TikTok or Instagram. Instead of trying to understand new trends, they are trying to block them.

Russian teenagers have seen the same people both in power and in the official opposition for all of their lives. All the faces are the same since the 1990s, and those faces are trying to keep power as long as they can by bending rules. In 2020 Putin received the legal opportunity to remain President for even longer. Last week, he introduced a Bill that would abolish upper-age restrictions for civil service officials appointed by the President.

In 2021, the feeling among many observers of Russian politics is that changes are needed and they are imminent. The Kremlin has chosen to ignore and repress the demands of the young and urban population for years and is now facing the consequence of that policy.

The time has come for the whole Putinist system to learn some lessons. It still has the money, plus the support of the army and, probably, the majority of the population. It could go on resisting political pressures, thereby becoming a Belarus-type dictatorship. It will then face an increasingly frustrated and desperate young population, craving changes that are blocked by brute force. We also can’t assume that Putin will keep the support of the security forces (siloviki) if they no longer see him as a symbol of stability, but a symbol of corruption.

His regime could adjust to the demands of the youth and make some limited but visible changes: for example, reversing repressive measures and allowing new political actors to at least participate in regional and federal elections. In an even more unlikely scenario, Putin could leave office voluntarily, but with guarantees of his personal security.

We can’t assume that protests will change anything. Belorussians have been on the streets since last summer and yet Lukashenko remains in power, despite Western sanctions. Navalny is likely to remain imprisoned for years and potential Western sanctions would not have much impact.

However, the issue is no longer only about Navalny or him gaining supporters. It’s about the Kremlin losing supporters, especially among the youth, and the urgency of understanding the new generation of political activism in Russia rather than censoring it. For now, it seems that the regime does not want to listen. The dramatic events of last week — Navalny’s return and mass protests — have shown that the activists of young Russia intend to keep trying to force the Kremlin to pay attention.