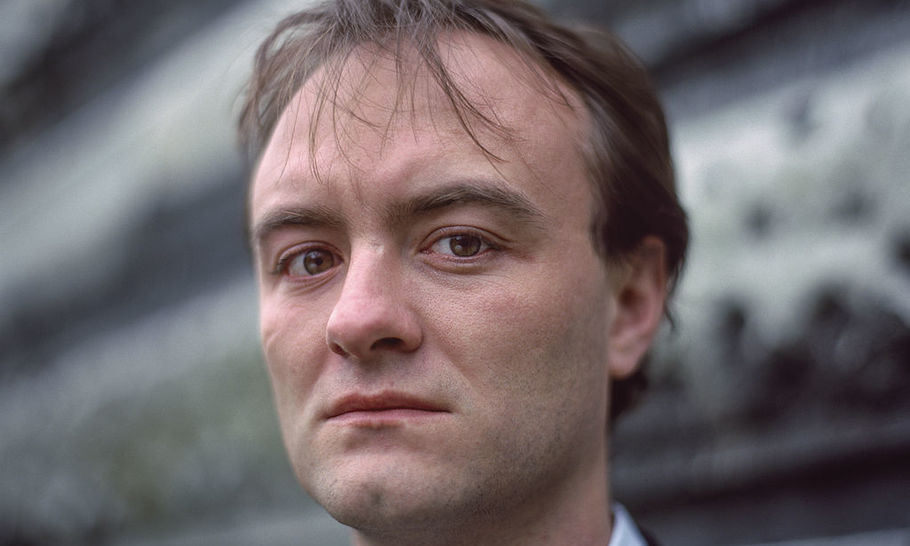 If you’ve watched a James Bond film then you’ll know that for every cat-stroking megalomaniac there’s a ruthlessly efficient henchman doing the dirty work.

It would seem that the same is true in politics. When the political guard changes – as it did in the UK last week and the EU the week before – just as interesting as the change of leadership is the change in personnel behind-the-scenes. Yes, Boris Johnson and Ursula von der Leyen have made all of the headlines, but so too have Martin Selmayr (on his way out), and Dominic Cummings (on his way in).

They’re not called ‘mandarins’ for nothing – Samuel Johnson’s Dictionary highlights that the Portuguese word ‘mandador’, from which our word ‘mandarin’ might derive, means ‘one who commands’. Indeed, history is littered with these characters – part-political nerd, part-street brawler – who want to revolutionise the world in some way from the shadows (and often do so). Figures such as Cummings are just modern incarnations of the political henchmen of old – men like Thomas Cromwell and Marcus Agrippa.

Take Donald Trump’s ex-Chief Strategist, Steve Bannon, who has openly remarked that he wants to ‘destroy the state’ and has even compared himself to Thomas Cromwell. Likewise, James Graham, who wrote the recent TV movie Brexit: The Uncivil War, about how Cummings and Vote Leave won the EU Referendum, has said that he (Cummings) wants to ‘burn down’ the Civil Service and ‘rebuild it from the ground up’. Take a look at his blog and this certainly seems to be the case. He sees revolutionary technological projects such as the Apollo space programme as blueprints for political change – something which Boris has recently endorsed.

These ‘special advisors’ are not just idealists, however: they’re doers. Their masters talk the talk but they do the dirty work, whether it be managing the press, whipping votes, running the day-to-day operations of government or burying bodies. John McTernan recently called them ‘Svengali figures’ and, as a former advisor to Tony Blair, he would know. Western democracies might like to think that they are above ‘strongman’ politics, but it is western liberals who employ some of the most ruthless political operators. Just think of the infamous ‘Monster of Brussels’, Martin Selmayr, or figures like David Axelrod and Rahm Emanuel, advisors to Barack Obama who were known as ‘The Axe’ and ‘Rahmbo’ respectively.

And though Selmayr, Jean-Claude Juncker’s Monster-in-chief, has developed quite the sordid reputation in the British press, we shouldn’t forget that we have plenty of monsters of our own. Tony Blair had Alastair Campbell (‘Spin Doctor’) and Peter Mandelson (‘Prince of Darkness’), Gordon Brown had Damian McBride (‘McPoison’), Theresa May had Nick Timothy (‘Rasputin’) and Boris Johnson now has Dominic Cummings, who David Cameron once called a ‘career psychopath’. Indeed, thanks to the character of Malcolm Tucker in The Thick of It – who was based on Campbell – the British political advisor is now synonymous with brutality. As Tucker says in one episode: ‘Don’t you ever, EVER call me a bully. I’m so much worse than that’.

What’s interesting about these real-life Tuckers is that they tend to have the same characteristics: excellent minds, ferocious work-ethics, big egos and short tempers. Timothy and Cummings have first-class degrees, Campbell can speak several languages and has written several books, and McBride’s university supervisor tried to persuade him to do a PhD. Yet, with the exception of Mandelson, they have all faced multiple allegations of bullying while working in government roles, and either inspired or seemed to be inspired by the Tucker caricature.

Things are unlikely to improve with Cummings, who literally punched the ceiling at Vote Leave HQ when it was announced that Leave had won. He too has faced multiple allegations of bullying and, in 2013, these might have been heard before an employment tribunal, had a financial settlement of £25,000 not been made. The Prussian military general Carl von Clausewitz famously described war as ‘the continuation of politics by other means’ and the truth is that these special advisors tend to see politics as a form of war. Damian McBride, no less, has highlighted that in Cummings we have a ‘devotee’ of Colonel John Boyd, an American military strategist whose thesis was to ‘confuse your enemy and do the opposite of what they expect’. It is not coincidental that Boris has called his new Brexit delivery task-force a ‘war cabinet’.

Of course, the ideas and energy which Cromwellian figures bring to politics are rarely intended to do society harm – quite the opposite. In demolishing the monasteries, Cromwell thought that he was rescuing Britain from Catholicism; in serving a military dictator (Augustus), Agrippa sought to make the Roman Empire the envy of the world. Yet it seems that liberal democracy is yet to eliminate the ‘machismo’ that was the norm for emperors, kings and henchmen in times gone by. Only time will tell whether Cummings goes down in history as a ruthless reformer, or, as Cameron forewarned, a ‘career psychopath’.