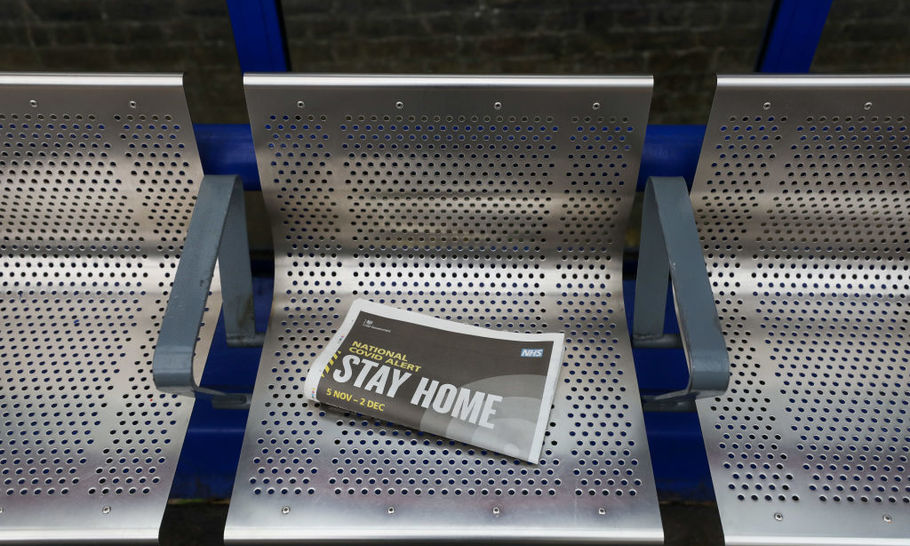 The government is hoping, it says, for us to emerge from lockdown-tight into lockdown-lite on December 2nd. Perhaps we will. And perhaps somewhere in Nigeria there really is a millionaire prince, sitting wondering why nobody is replying to his emails.

We aren’t going to emerge from this nightmare. At least not for many months. Boris Johnson used the first lockdown to put his foot on the hosepipe; he seemed surprised at what happened when he lifted it. And yet the consequent viral spray was, we were told, factored into his original decision. So, what’s going on?

The Establishment is perpetrating a sort of fraud on its citizens (and is enjoying it). Why is it getting away with it? Because we are becoming complicit in the confiscation of our freedoms. There is a Master-Slave form of collusion going on at the moment.

The Whitty-Johnson-Vallance recent theatre of deception was almost impressive in its dishonesty. I suspect —actually I hope — that for our children the phrase “next slide please” will replace “the cheque’s in the post” as an indicator of current and ongoing dishonesty.

In true Popperian fashion let’s hold these scientists to an agreed methodological principle: that if you predict something on the basis of a model, and that prediction is false, then maybe the model is crap. Or at the very least that you should stop relying on it as a way of persuading the rest of us to behave in ways you would prefer.

Popper used this principle to demarcate science from pseudoscience: is “lockdown science” closer to astrophysics or astrology? I suspect the latter. We know the virus is there, but in attempting to make sense of its behaviour we make ourselves look stupid. Planets, like viruses, do what they do; to insert ourselves into their natural teleology is a sort of hubris.

And viruses, as collections of living cells, carry within them a sort of galactic complexity which is not attributable to the planets.

W-J-V announced that according to their preferred data there will be 4,000 daily deaths from or with C-19 by the middle of December. This data was three weeks old. In order to be reliable, there would at the time of their announcement, be about 1,000 deaths a day.

Just to confirm: the rubbishness of that model was clear to W-J-V even as they used it as a sledgehammer to the economic and mental health of the country they are charged to preserve.

The SAGE types have executed a remarkably successful coup against the government which has, in turn, devolved that aggression in the direction of the rest of us. Chris Whitty (a man who would insist on a guillotine when an aspirin would do) wields more power than the Home Secretary. He does it in plain sight and with immunity from the inconveniences of democratic accountability.

But there are “coups” which disclose complicity on the part of those who are the victims of it. The UK public has shown itself to be fearful, pusillanimous, and incapable of pushing back against the intrusions of the state. Those intrusions will, if unchecked, rob all of us of those liberties which we used to take for granted. Lockdown two can be explained as a consequence of the National Stockholm Syndrome which was incubated over the three months of Lockdown 1. Lockdown 1 was the initial abduction.

It’s reported that 72 per cent of the public, when asked, support the restrictions on their liberty in a war against an “enemy” which is indifferent to the fact that we have declared hostilities. I think it was Benjamin Franklin who said that anybody who would surrender their liberty in exchange for security deserves neither liberty nor security. The UK public has surrendered its liberties on very flimsy grounds.

The good news about the Master-Slave thing is that, as Hegel pointed out, it is intrinsically unstable. Things cannot carry on like this for much longer. Something will give.