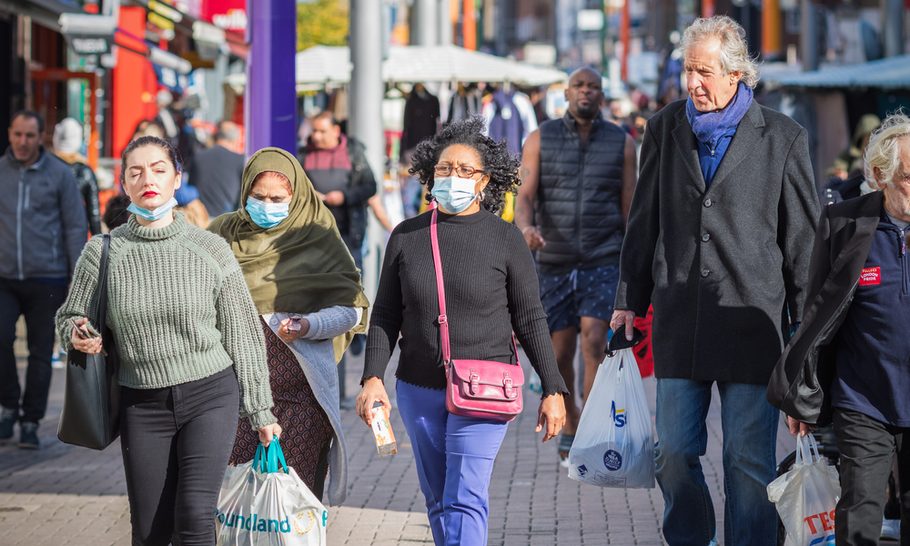 Sir Roger Scruton left us just over a year ago. He had views on most things contemporary (despite never owning a television). And it’s unrealistic to conclude that he’d be indifferent to the Government’s coronavirus strategy/idiocies — for reasons both of philosophical conviction and of personal experience. I propose to concentrate here on the former, but it’s worth saying a word about the latter. Not least because his critics rarely do. In the 1980s when the “fools, frauds and firebrands” of the “intellectual” Left were defending the police states of Eastern Europe, Scruton was out there subverting those systems of oppression. The leaders of the Velvet Revolution, many of them at least, were the alumni of the underground universities Scruton had been instrumental in founding — at significant personal risk. In his intellectual autobiography, Gentle Regrets, he writes:

“The Communist Party [in Czechoslovakia] had its own variant of Christ’s saying: where two or three are gathered together in any name but mine, there I shall be in the midst of them. In such circumstances, even a private dinner party was a risk.”

I don’t know if that strikes a contemporary resonance? But the confiscation of freedom by government was offensive to him, and he knew all too well that these thefts were often implemented incrementally.

So now, to his philosophy. Scruton was an unusual conservative in that he was concerned to develop, promulgate, and defend a worldview. There are (at least) three ways in which the current coronavirus strategy offends against that worldview. I’ll mention the first two before focusing on the third.

First, he would be alarmed at the Executive’s liking for constitutional vandalism, and in particular its attempt to replace the tradition of common law by something which looks much more like a Napoleonic list of permissions. Law, he frequently argued, emerges through disputation and subsequent resolution. It is a repository of agreements, one which is not handed down from above, but which grows organically out of the familiar transactions of everyday life. Those transactions have been suspended, and our legal tradition has taken a consequent hit. We are not allowed to stop and chat with a friend, still less argue with a neighbour.

Second, he would be wearingly confirmed in his perplexity over our attitude to death. Scruton believed that life is best lived deep rather than long. He thought that Sartre (a writer he admired but with whom he rarely agreed) was correct in his observation that the fact of our mortality is an enabling condition of a life lived well. Death forces on us a recognition of the “absolute fragility of our attachments”, and to live out our life while ignoring its impermanence is to abandon the obligations of the present. To believe that death is the worst thing that can happen to you is absurd.

But if he would be alarmed at the Government’s reinvention of the legal process, and cynical at our heretical attitude towards our own mortality, he’d be distressed at the mandated wearing of masks in public.

In his Soul of the World, Scruton devotes a chapter to what I suppose you could call the “metaphysics of the face”:

“The concept of the face, I argue, belongs with those of freedom and responsibility as part of the interpersonal understanding of the world. That is to say, in seeing an array of features as a face, I do not understand it biologically, as the invisible film that encases another brain and lets in, through eyes and ears, the information that the brain is processing. I understand it as the real presence, in our shared world, of you.”

Of all the philosophical problems, which is the deepest? Scruton believed it was this: how to explain that we seem to be objects in the empirical world, and therefore subject to the rules of “cause and effect”; while at the same time being subjects in that same world, ordered in the direction of free choice. We are not just objects in the world, we are perspectives on it. There is a disjunction between ourselves as subjects and as objects: the human person – the “self” or the “soul” — is not reducible to the human being – the body or the organism.

For Scruton, the human face announces this irreducibility. When we smile, blush or frown, we are disclosing that part of ourselves which is outside the reach of science:

“When I confront Mary, face-to-face, I am not confronting a physical part of her, as I am when, for example, I look at her shoulder or her knee. I am confronting her, the individual centre of consciousness, the free being who reveals herself in the face as another like me.”

The face discloses the soul, he argued, from which it follows that to be forced to cover the face is to be forced to cancel one’s identity. There are contexts in which this is not morally offensive (he quotes the traditions of Japanese theatre), but these are exceptional.

There may or may not be epidemiological benefits to mandated face masking. But that cannot be the whole story, morally speaking. To cover your face is to withdraw from those around you the possibility of engaging with you I-to-I (as Scruton put it). We are not “potential vectors of transmission” only. We are also souls in the world. The mask wearing issue is becoming the most divisive of the Government’s interdictions, precisely because it is an interference in our ways of being.

Sir Roger would have got this. He once described wisdom as being “truth which consoles”. We could do worse than acknowledge and read again the consolations he offered us, which are still applicable to these awful times.