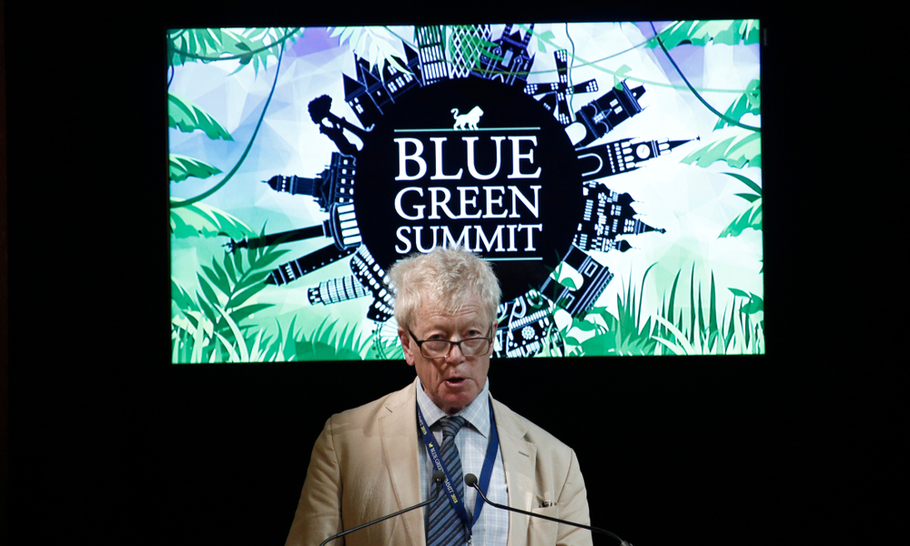 If you didn’t know who Roger Scruton was last month, you may well do by now. His death has provoked an outbreak of eulogies and tributes from both those he knew, as well as distant admirers. I first met Roger in 2016 when I embarked on a Philosophy Masters at the University of Buckingham. Known as the “home of the two-year degree”, it was everything I had ever wanted out of education. I never actually went to Buckingham of course. Needless trips to “facilities” to skim-read hundreds of books was discouraged. This made space for what really mattered; earnest lessons and sprawling debate in suitable surroundings. Rather than a lecture hall on campus, we dined at a table in the city. As I will explain, this is all very Scrutonian.

The experience was unforgettable. As we became friends, I gained insight into what life was like for – as Scruton put it – ‘a hate figure for a certain kind of half-educated politically correct person’. By no means was Roger unaffected by this attention, but his intellectual ventures took priority over constant rebuttal and reprisal.

This was apparent one evening at the Conservative Party Conference in Manchester in 2017. I remarked that he was due to debate with Owen Jones the following morning. “Who’s he?” Scruton asked. How gratifying! Jones has an impressive, largely unwarranted, following. His history of pitiful Twitter assaults aimed at Scruton include all the usual, tired one-liners deployed by this “certain kind” of person.

A year ago, Scruton was targeted by a different foe, who was also a journalist. Hours after his interview appeared in the New Statesman, Scruton was dismissed as chairman of a government commission on housing. For me, the horror of Scruton’s sacking was the caricature that emerged, deficient in accuracy and nuance. Of course, Twitter is the perfect weapon for such savage artists. But it was some of the least offensive insults that were the most vexing. “Right-wing” followed him everywhere, attracting retweet after retweet from the Twitterati, those that are bound only by a hatred of things that don’t fit into their otherwise thin idea of progress.

The truth is that Scruton resists such pigeonholing attempts for the very fact that he was a conservative. Let me explain. In his book, How to be a Conservative, he says: “Whatever our religion and our private convictions, we are the collective inheritors of things both excellent and rare, and political life, for us, ought to have one overriding goal, which is to hold fast to those things, in order to pass them on to our children.” Conservatism is cautious and humble. It has a particular orientation from the bottom up. It doesn’t just attach itself to ideas which sound right-wing. Instead, the ideas that have stood the test of time mature and become conservative.

This is also true of Roger’s legacy. In my experience, Scrutonian thought is made up of an eclectic bundle of views which somehow sit in splendid coherence with one another. For instance, Scruton prized the dignity of each and every human being apart from their clan, but also described the self as already grasped by responsibilities to others. A capitalist? A ‘reluctant capitalist’, he called himself, because the free market is blind to the fact that humans are much more than economic actors. And what about environmentalism? Well, Scruton defended ‘Oikophilia’, the love of home and the aesthetic that make places livable. After he was reinstated as a chair of the housing commission, he explored this in his parting gift, ‘Living with beauty’.

The Scrutonian worldview does not accommodate communitarianism, capitalism and environmentalism wholesale. Only the mature fragments of these “isms” are welcome. Scruton attended to what matters most to humans, and their flourishing together, and then assessed how to conserve these things. So Scrutonians are not dictated to by a creed, but by a duty to preserve the cultural values, assets and institutions that give shared meaning and inspire a sense of “we”. Perhaps this makes Scrutonianism more of an intuition, or posture. In fact, aside from pragmatic purposes, it escapes the “ism” altogether.

A good sermon makes us feel like the only one in the pew. An excellent comedian will expose the idiosyncrasies that we thought were only ours and leave us laughing at one another. Scruton’s diagnoses have the same effect: peculiarly disarming.

Indeed, beware of the “ism”. They are used and abused by ideologues to present that which James Mumford calls ‘package deals’. We are invited to sign up to a grand idea which promises great hope and fortune for all, only to find that we have been initiated into a tribe with dogma spanning politics, sexuality and economics. Embrace feminism and get patriarchy thrown in for free. Was that supposed to happen? Homogeneity is the means, control is the end and, unlike the conservative way, top-down is the orientation. It helps when families are broken, social ties are eroded, and national identity is in tatters. These conditions make it challenging for societies to tell an alternative, bespoke, powerful story of their people and place, confident in a future of their own collective making. In these circumstances, totalitarianism has a foothold. Scruton warns against the charm of revolutionary ideas that pose as new “isms”. “The work of destruction is quick, easy, and exhilarating; the work of creation slow, laborious, and dull.”

Scruton was not just intellectually eclectic; his whole modus operandi testifies to this too. Take the diversity of his students. Those with whom I studied under Scruton, they won’t mind me saying, are a weird and wonderful bunch. From Eastern Europe to California, we all encountered Scruton’s work through various interests: some Hegel, others hunting. And as a fellow eulogiser put it, “If you genuinely find politics more interesting than sex, wine, art, and music, Scruton’s not your man.” Perhaps this is one instinct that mysteriously binds Scrutonians together.

And it will not surprise you that Scruton’s practice was atypical of modern academia. There was not an ivory tower in sight. He opened up his flat for tutorials, lectures were always accompanied by wine, and he encouraged students to engage in festivities down in “Scrutopia” (the name of his farm in deepest, darkest Wiltshire). Humble and kind, not in the least bit worried about the form of my footnotes, nor the size of my bibliography, but profoundly attentive to my enjoyment of philosophy.