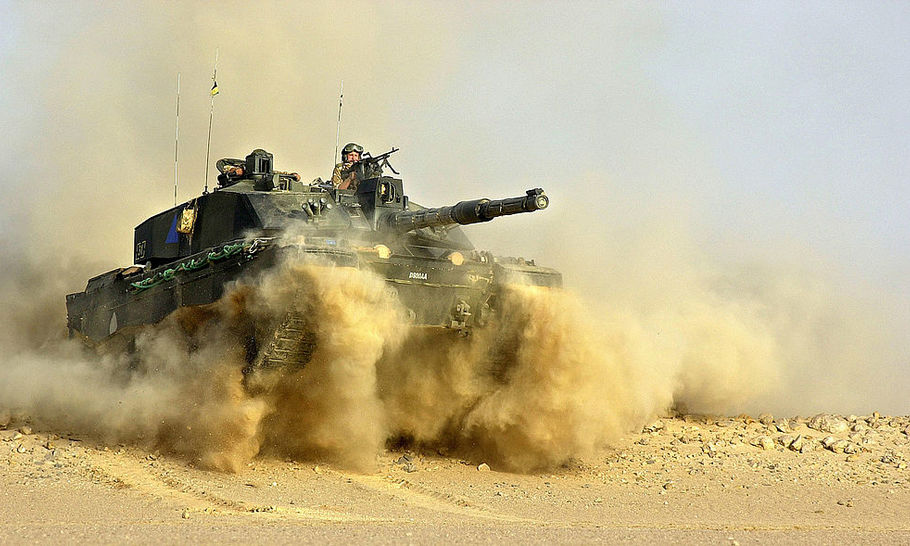 Is the tank obsolete? This is the thesis underlying this week’s debate about whether the British Army should scrap, rather than replace, its 227 ageing Challenger tanks and 388 Warrior armoured fighting vehicles. The Government is reported to be considering this radical option, among others, as part of its “integrated review” of foreign policy, defence and security. The suggestion has provoked strong opposition from retired military officers and senior Tory MPs, but the recession caused by Covid-19 has concentrated minds at the Ministry of Defence. When money for the Armed Forces is tight, something has to give.

The Falklands war correspondent and military historian Sir Max Hastings is among those who argue that Britain should indeed abandon the weapon we launched onto the battlefield of the Somme 104 years ago. The tank-busting pundit rehearses his familiar proposition that we should never be sentimental about warfare, hanging onto obsolescent traditions that are past their sell-by date. Just as cavalry were useless in the trenches, so expensive assets such as aircraft carriers at sea and armoured vehicles on land are now too vulnerable to drones, missiles and attack helicopters. “It is almost inconceivable that a British army will engage the Russian, Chinese or Iranian armies,” he claims. “The curtain is coming down on a century-old British story, but there should be no sobbing in the stalls.”

Some soldiers with lifelong experience not only of writing about wars, but of fighting them, beg to differ from Sir Max. Writing to the Editor of the Times, Lincoln Jopp MC, a former commanding officer of the 1st Battalion, Scots Guards, doubts whether the MoD will in the end decide to abandon armoured warfare: “A tank is like a dinner jacket; you don’t need one very often but when you do, only a dinner jacket will do.” Lieutenant Colonel Jopp, who was wounded in action in Sierra Leone and later fought in Afghanistan, suggests that we need “fewer, but more capable, tanks”, with a better balance between hardware and intelligence.

Lord Dannatt, a former Chief of the General Staff, warns that abandoning or mothballing the Army’s tanks would be “very dangerous”, given that Russia in particular is still building up its armoured forces. He is supported by two senior officers from the other services, Air Chief Marshal Sir Michael Graydon and Vice Admiral Sir Jeremy Blackham, who point out that those in charge of the integrated review must not lose sight of deterrence, the strategic basis of Nato. Unless potential enemies can be deterred “at all levels of conflict, up to and including nuclear”, the strategy loses credibility.

Dr Julian Lewis, a former Conservative chairman of the Commons defence committee and one of the most knowledgeable MPs in the field, agrees with the retired top brass. Given that most conflicts are “unexpected in timing and unpredictable in substance”, it would be “playing with fire” to abandon “costly hard-power assets” in order to cut defence spending. Tanks, like aircraft carriers, “may be vulnerable or even irrelevant” in some circumstances. “Yet there are others in which they would be indispensable,” he writes. “We do face new threats, in space and cyberspace, for which we must prepare. But these are additions to, not substitutes for, more conventional dangers that confront us.”

So who is right? The very notion of an “integrated review” implies that decisions about highly technical questions of diplomatic, intelligence or defence policy will be subjected to rigorous financial criteria. The tank, if it is to survive on the political as well as the physical battleground, must do so on its strictly military merits, not as an expensive white elephant with a merely ornamental role. It is indeed difficult to foresee the scenario in which tank armies will once again contest the plains and valleys of Europe.

Yet consider this: Russia is currently re-equipping its army with 2,300 main battle T-14 Armata tanks, ten times the number that the British Army possesses. The T-14 is more modern and versatile than the British Challenger 2, American M1 Abrams, German Leopard 2 and French Leclerc tanks. Newer models of the Abrams and Leopard are now available, but Nato is lagging behind. How is it that Russia can afford to modernise its armour, yet has a smaller economy than the UK or France, let alone Germany or the US? How is it that Israel, an even smaller economy, can afford to modernise its Merkava Mark 4 tanks?

The answer lies in unit cost. The fact is that the unit costs of the next generation of European and American main battle tanks are likely to be prohibitive. Unless Nato can get its act together and produce modern yet affordable tanks, as the Russians have done ever since their famously mass-produced T-34s overwhelmed Hitler’s Panzer divisions more than 75 years ago, the West might as well get out of the armoured warfare game. Cutting the cost of defence procurement is the key to preserving Nato’s conventional deterrent.

The issue, then, is not just agreeing an integrated review for the UK’s defence and security needs, but persuading our allies to coordinate our joint effort. It cannot be beyond the wits of the Pentagon and the defence ministries of Britain, France and Germany to come up with a cost-effective method of countering the Russian threat. One can only hope that such conversations are taking place between Washington, London and the EU capitals — even if only via more secure channels than Zoom. If necessary, Nato should consider buying cheap modern tanks from Israel, Korea or Japan until it can produce equally cost-effective ones of its own.

We should never forget that the Kremlin sees its tanks not merely as a weapon of defence and offence, but also as a tool of domestic repression. As a last resort, President Putin knows that he may need tanks to crush internal opposition, just as his Soviet predecessors did in East Germany, Hungary and Czechoslovakia. China, too, did not hesitate to deploy tanks in Tiananmen Square. In the Middle East, tanks are still routinely used to counter insurgents such as Islamic State or to fight civil wars, such as in Syria. Israel would no more consider scrapping its Merkava tanks than it would give up its nuclear deterrent. The tank will continue to play a role, not only on the battlefield, but beyond it, for decades to come.