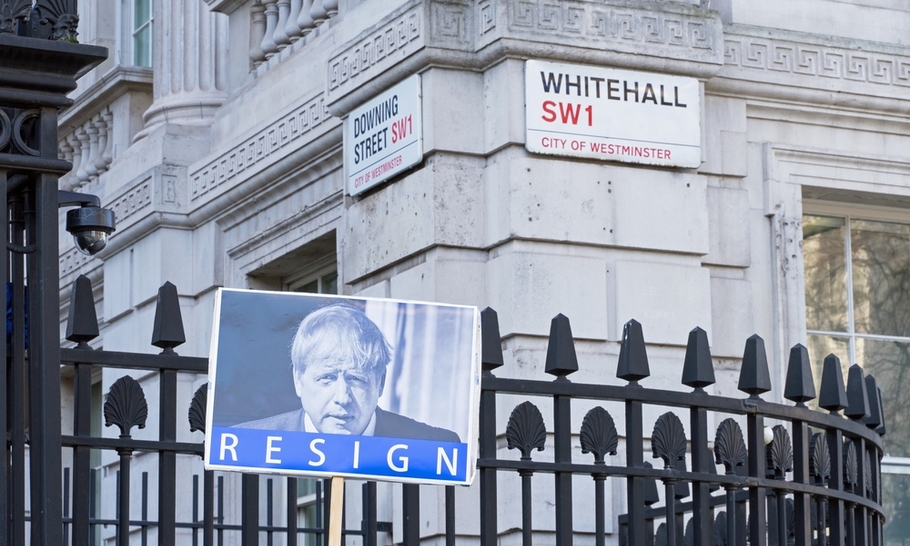 What a contrast we have witnessed between a grateful nation and an ungrateful faction of the Conservative Party. Within 24 hours of the Jubilee, a ramshackle rabble of political pipsqueaks had dragged us from the sublime celebration of our beloved Queen down to the ridiculous mudslinging of a leadership crisis.

Who, though, is to blame for plunging the party of Winston Churchill and Margaret Thatcher into this unedifying spectacle? Where does this venom come from? What do they have against the Prime Minister?

The answer, I fear, is that a substantial number of Tories in Westminster have never forgiven Boris Johnson for Brexit.

It is true that every single Conservative MP, including those who had voted Remain in the referendum, was elected in 2019 on the solemn manifesto promise to “get Brexit done”.

It is also true that many of them owe their seats entirely to Boris Johnson. Without his unique leadership qualities, many of those who voted against him on Monday would never have stood a chance.

Yet these incontrovertible facts have been conveniently brushed aside in the onward march of the Remainers. Just as in those old Hollywood B-movies, where the zombies keep coming no matter what, so the Tory Euro-fanatics are determined to reverse the result of the largest vote in British history, even if it destroys their own party.

There are, of course, many honourable Members of Parliament who voted to stay in the EU in 2016 but who have accepted the will of the people. They include such distinguished Cabinet ministers as Liz Truss, the Foreign Secretary, Ben Wallace, the Defence Secretary, and Sajid Javid, the Health Secretary.

But there are also those who cannot seem to move on. Not only are they unable to forgive the PM for resolving the European question once and for all— they are out for revenge. These embittered diehards have in effect sworn fealty to the EU. Like those Japanese soldiers who carried on fighting in the jungle long after the war had ended, this Remainer rearguard will never give up.

Chief among them is Jeremy Hunt, who has called for a return to Single Market, as a prelude to even closer alignment to Brussels. Tobias Ellwood would go even further: he is to all intents and purposes a Rejoiner. As for Tom Tugendhat: he has distanced himself from Ellwood’s demands, but his sympathies are certainly with Continuity Remain.

It of course a fact that among the 148 rebels are numerous Brexiteers, whose beef with Boris has nothing to do with Brexit. But they alone would never have mounted a full-scale coup, forcing the country to endure a Tory leadership contest that could paralyse the Government for months at a time when we face an unprecedented cost of living crisis and the existential threat  of Putin’s war in Ukraine.

This entirely unnecessary convulsion of the body politic has been engineered to decapitate a leader who made it possible for the UK to manage both the pandemic and Ukraine independently of Brussels. In fact, the war has made plain the gulf that separates President Macron and Chancellor Scholz, who are negotiating with Putin to freeze the conflict, from Boris Johnson, who together with the US has been rallying Eastern, Central and Northern Europeans to help Ukraine to defeat and expel the Russians. The British public backs Boris on Ukraine, not the fading Franco-German “engine”.

It is incredible that a small and unrepresentative cabal in Westminster are still plotting to deprive President Zelensky of his most loyal and effective ally. And it is far from certain that any Tory leader who might replace Boris Johnson would continue his bold policy of containing Russian aggression. Even on the day he faced a vote of confidence, he found time to see Kaja Kallas, the brave Estonian PM for whom he has been a staunch ally.

This morning the PM gave his Cabinet a typically bullish presentation of the task ahead. The focus, he said, would be relentless: making the people’s priorities those of the Government — not those of politicians and their careers. After the bruising words and even more damaging votes of the past few days, it won’t be easy to keep the ship of state on an even keel. Better that, however, than opening the door to a Starmer Cabinet dominated by Angela Rayner (who thinks Tory voters are “scum”), Sir Ed Davey (who buys into the entire woke agenda), the Greens (who would let the lights go out) and the Scottish Nationalists (who would break up the Kingdom we have just been celebrating). Boris Johnson is very far from perfect, but he is still the best leader we have. It is not too late to deliver on the high hopes raised by his landslide victory, less than three years ago.