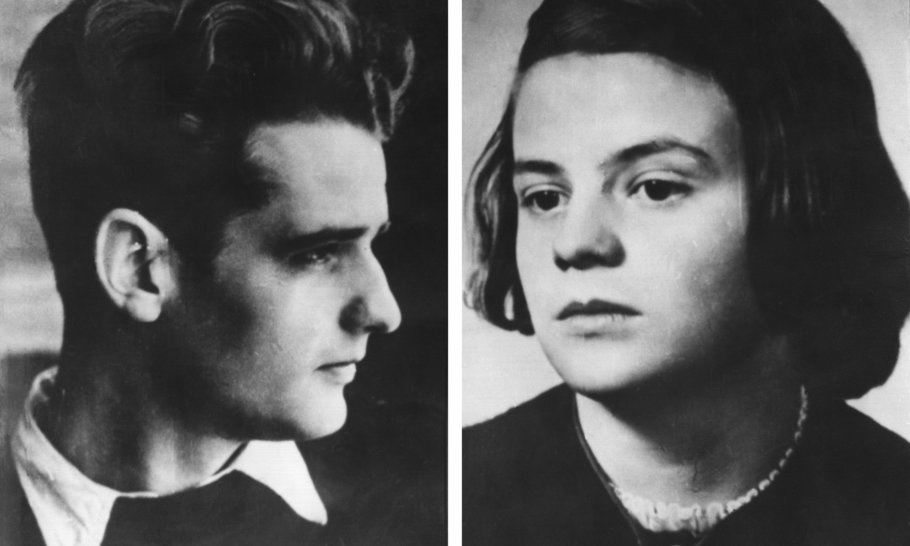 The death of Elisabeth Scholl at the age of 100 is a reminder of her brave siblings, Sophie and Hans, who were prominent among the small number of Germans who actively resisted the Nazis and paid for it with their lives. Their story shows that resistance to the Nazis was possible, although extremely dangerous, and that freedom of speech cannot be taken for granted.

In 1943, these two young students and their friends formed the White Rose movement, based in Munich. Sophie’s fiancé Fritz Hartnagel, a soldier on the Eastern front, had informed them of the mass shooting of Jews and other horrors that he witnessed. They wrote six leaflets, describing Nazi war crimes in Russia, of which some 15,000 copies were distributed across several cities.

In February 1943, after the German defeat at Stalingrad, there was a crackdown on such dissident activities. The Scholls were denounced by the Munich university caretaker, whereupon the Gestapo arrested them and anybody else involved. Under interrogation they confessed their own role but refused to incriminate any of the other White Rose members. Sophie managed to protect her fiancé, who survived the war; their correspondence was later published by her sister Elisabeth.

Hans and Sophie were tried before the Nazi Volksgericht (“People’s Court”), presided over by the notorious judge Roland Freisler. He acted as prosecutor, recorder, judge and jury, in a courtroom bedecked with swastika flags and overshadowed by a huge bust of Hitler. Freisler subjected the two young students and their friend Christopher Probst to his tirades, but Sophie courageously stood up to him: “You know as well as we do that the war is lost,” she told the court. “Why are you so cowardly that you won’t admit it?”

Freisler imposed death sentences on the Scholls and Probst. They were executed by guillotine the same day at Stadelheim Prison. Just before his beheading, Hans Scholl reportedly cried out: “Es lebe die Freiheit!” (“Long live freedom!”).

Later another White Rose activist, Alexander Schmorell, was executed and subsequently canonised by the Russian Orthodox Church. The same fate befell their teacher, the psychologist and musicologist Professor Karl Huber. The latter’s friend Carl Orff, the composer of Carmina Burana, refused to intercede on Huber’s behalf, telling his wife that he would be “ruined” by any association with the White Rose. Huber, too, endured a show trial in the People’s Court. Two years later Freisler was killed when a bomb fell on his court in Berlin, bringing the entire building down on top of him.

The Scholls’ parents and two sisters, including Elisabeth, were also taken into “protective custody” — this was the iniquitous Nazi practice of Sippenhaft, whereby entire families could be punished for political crimes committed by an individual. Their father, who had been mayor of Ulm, was given two years for listening to enemy radio broadcasts. Elisabeth, who lived in Ulm and had been unaware of her siblings’ campaign, later recalled that she spent six months in solitary confinement and was only released when she became seriously ill. Afterwards, the Scholl family was ostracised and impoverished; nonetheless they survived the war. Elisabeth live long enough to see her brother and sister commemorated in many ways for their act of symbolic resistance, including a film, The White Rose. A modest woman, she insisted that she had not been in the resistance and could not take credit for their courage. She recalled walking with her sister beside the Danube on the day before war began in 1939. Sophie told her: “Hopefully someone will stand up to Hitler.” At that point she had no idea that she herself would be that person.

The story of Sophie and Hans Scholl still resonates today. They, like their contemporaries, had grown up as members of the Hitler Youth — an experience vividly depicted in the satirical movie JoJo Rabbit. Yet they found the inner resources to resist the Nazi machine. Devout Catholics, their determination to bear witness for their faith played a part, but so too did the fact that they had a teacher who showed them the meaning of intellectual freedom and integrity. This was the lesson that Sophie and Hans learned from Kurt Huber. Integrity is the ability to face up to the truth and make whatever sacrifices are necessary to uphold it. The Scholls were true to themselves. Not only young Germans, but students everywhere could do worse than to follow their example.