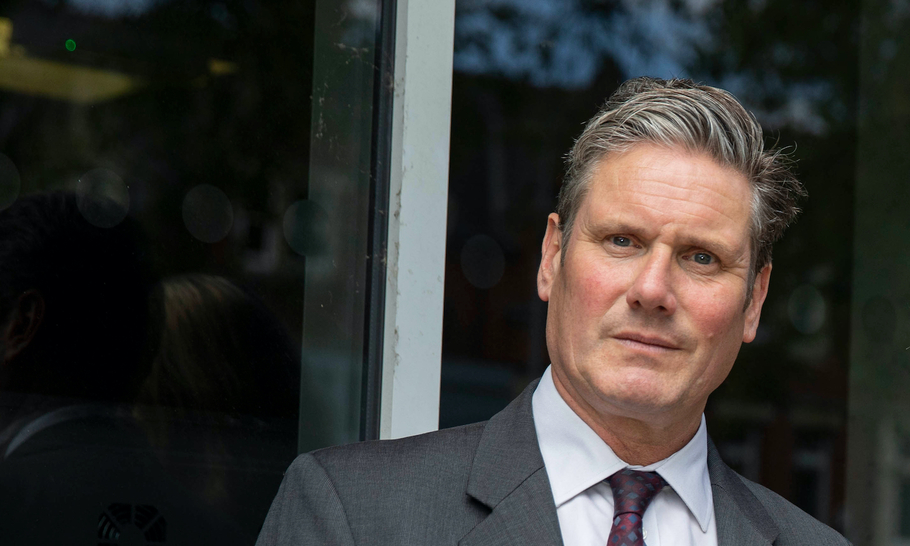 It has become a truism within British politics that the United Kingdom will crumble. This is not thought merely in the sense that all things must eventually pass: within my lifetime Scotland is expected to break away, Ireland will be made whole, and Wales will slink away from England.

Some advocates of this view are jaded Remainers who see only bad things flowing from our decision to quit the European Union. Others argue that the first rule in democratic politics is that its practitioners must be able to count, and that separatists increasingly outnumber unionists as younger generations gain the vote.

Such ruthless maths will be familiar to Downing Street, which knows that the Scottish National Party (SNP) is forecast to win the Holyrood elections next year and claim a mandate for another independence referendum. On current polling, Scotland would likely vote to secede.

The Government can justifiably claim that the last “once in a generation” ballot was somewhat less than a generation ago. Its opponents will counter, equally plausibly, that material conditions have changed enough with Brexit that a re-run is due.

Short of a surprise Supreme Court verdict, Westminster can refuse such demands whatever the argument. But given the likelihood of the SNP spinning the situation as an English tyranny, democracy will not be denied forever.

In the absence of good Conservative ideas, Labour has stepped up. Earlier this week its leader Keir Starmer announced a constitutional commission for the New Year, advised by former Prime Minister Gordon Brown, native of Giffnock, near Glasgow.

Labour has suffered disproportionately from the SNP’s rise, despite having resurrected the Scottish parliament during a bout of devolutionary enthusiasm under Tony Blair. Although Labour has secured House of Commons majorities without needing Scottish seats, its collapse in the country has matched wider decline.

Keeping Scotland in the union is thus a matter of principle and calculation for Starmer. Although he will still need enough English votes to pass English laws, as per often forgotten procedural changes from the coalition years, making Scotland red again would be a big help in making him prime minister.

Starmer’s constitutional commission will deal with the Scottish question specifically and devolution in general. In a speech this week he called it the “boldest project Labour has embarked on for a generation”, seeking to devolve power to the “most local level” while defending the union.

The Labour leader rightly notes that the case for devolution has been aided by the Covid-19 pandemic, which has forced us to live more local lives. At the same time local politicians have risen in prominence, both in the devolved nations and in metro areas like Greater Manchester, where Mayor Andy Burnham emerged as a spokesman for the north.

Prime Minister Boris Johnson’s inconvenient description of Scottish devolution earlier this year as a “disaster” has opened the way for Labour to make a pro-devolution, pro-union case. “The Conservatives simply don’t believe in devolution,” as Starmer put it. “They never have. […] They have no plan to counter Scottish separatism other than to defend the status quo.”

The main hiccup in Starmer’s plan is that there are few extra powers that could be given to Holyrood without making it a de facto independent state. If a top-level government does not handle foreign affairs and defence, what exactly is it for?

This does not mean nothing can be done. Starmer would not prejudge the commission’s conclusions, beyond defending the union and championing devolution, but some observations are clear.

Constitutionally, Scotland exists as an uncomfortable appendage to a much bigger England-focused state which governs about 84 per cent of the British population. Political parity is impossible in such a situation, enabling the SNP to skillfully portray Westminster as uniquely hostile to Scottish interests.

However, many Mancunians, Yorkshiremen and Cornish people have equal claims for neglect. The quarrel is not between the English and Scottish, but Westminster and everyone else.

As I argued in January during Labour’s leadership contest, federalism remains a wonk’s dream that arouses little passion among the general population. The English are unlikely to consent to being carved up into neat divisions just to match the population of Scotland.

What is needed instead is an acceleration of devolution to the cities and counties to which people feel genuinely attached. The same exercise might even be repeated in Scotland, where plenty of people feel as distant from Holyrood as they do from Westminster. That this will only add to Britain’s lopsided constitutional settlement is not a bug, but a feature.

Recently such devolution has been contingent on localities presenting credible plans to Westminster, which then reluctantly doles out powers like Scrooge at Christmas. The burden of proof should go the other way, with powers only centralised when it can be justified.

Naysayers will carp that such “constitutional tinkering”, to quote the SNP assessment of Starmer’s plan, is frivolous at the best of times. International experience of the pandemic shows that local structures define response to such crises and much else in our lives. It is those who avoid the question who are guilty of frivolity.