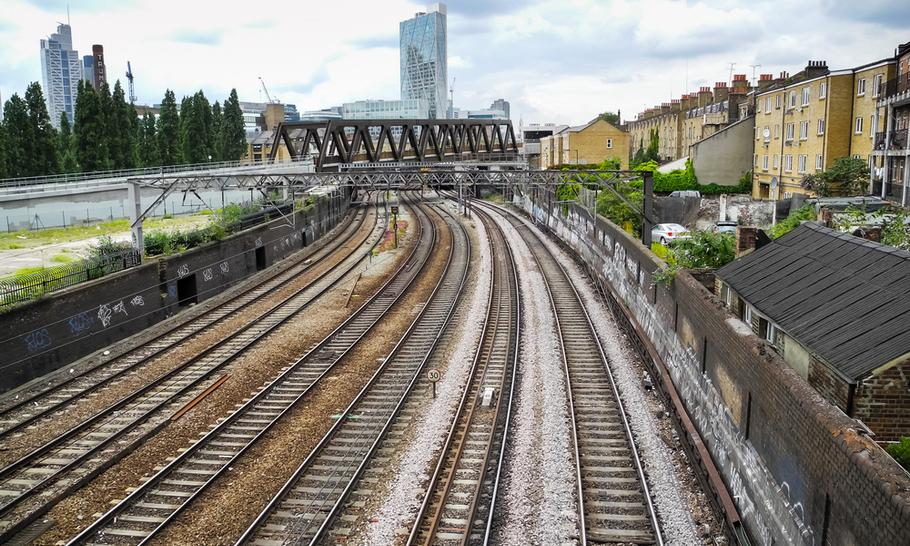 You don ’ t have to look far to see that the British Government’s squaring up to the railway unions is not about inflation but politics. Boris Johnson, beleaguered and bewildered, wants a summer of pay disputes to distract us from the disarray over which he presides. He wants another fight.

If you think this is far-fetched conspiracy theory, look no further than Oliver Dowden, Chairman of the Conservative Party. Never knowingly understated, Dowden’s new Twitter banner reads “ Stop Labour ’ s Strikes”. Sir Keir Starmer, the Labour leader, he says, is “ backing the strikers over the strivers”. He tops this shameful rant off with a “ petition ” headed: “ Will you help stop the strikes?”

The message here is as clear: if you ’ re a striker, you ’ re a layabout; you ’ re not a striver, you ’ re a scrounger. Hard-working people don ’ t take industrial action. The Labour Party is behind the strike. If you vote Labour, Britain will collapse into chaos and economic ruin, as it did in the Winter of Discontent of 1978-79.

Dowden ’ s trope harks back to Margaret Thatcher and her blueprint to crush the unions. In a speech to the backbench 1922 Committee in July 1984, two years after the Falklands war, she said: “ We had to fight the enemy without in the Falklands. We always have to be aware of the enemy within, which is much more difficult to fight and more dangerous to liberty.”

But how much, if any, of this is true? Will it work as a tactic? And most important: is this kind of bullring politics the way to tackle real and complex workplace issues that arise out of modernisation and automation?

Britain ’ s unions are in fact weaker than they ’ ve ever been. Trade union membership has halved since Thatcher ’ s day. The RMT railway union ’ s muscle has a big impact, bringing the rail network to a virtual standstill. But, in reality, the power of organised labour has been significantly eroded.

Dowden knows perfectly well that Tony Blair’s famous dictum to the TUC — “ You run the unions. We run the the Government” — remains Labour ’ s stance . This is even more so after the comprehensive defeat of Corbynism.

The sharp fall in union membership, especially among the young, is down to a number of factors: an increase in low-wage or zero-hour contracts in sectors where unions are banned; working in the gig or, as I prefer to call it, the hand-to-mouth economy; new laws restricting trade union power; working from home; more flexible working as well as an improvement in some working conditions.

A movement that started life as the champion of the working classes is increasingly becoming middle-class and middle-income. Over 40% of trade union members are now professionals. People with degrees are twice as likely to join a union these days as those with few or no qualifications.

This is not, as some have suggested, the gentrification of trade unions. It ’ s an acknowledgement that workers, blue- and white-collar, the so-called “ precariat ”, who lack job security and benefits and the respect they are due  (think Amazon, Uber) feel the need for the strong arm of a collective around them.

The summer of discontent is playing out after a decade of austerity following the 2008 financial crisis, a punishing two years of Covid and the after-shock of Russia ’ s invasion of Ukraine.

People want to get back to normal. But they are also hurting. Inflation will soon be in double figures. A weak pound gets weaker, petrol prices breach £2 a litre and the damaging economic effects of Brexit sink in.

The UK will be the worst-performing G7 economy next year, according to the IMF. The fund also forecasts that inflation would be higher here than in every other G7 country. This no time to be playing politics with industrial relations.

The lowest unemployment in decades, repeatedly heralded by Johnson as good news, is the flip side of an economy hidebound by low productivity, lower wages and job insecurity. The UK ranks 20th by job security among OECD countries, below Mexico, Brazil and Russia.

The rail workers are just the first in line. Waiting behind them are NHS staff, postal workers, council staff, care workers and legal aid lawyers. Like the rest of the country, they are about to get a hefty real terms pay cut after more than a decade of pay freezes, austerity and economic stagnation. Junior doctors – who last went on strike in 2016 – nurses and criminal barristers are gearing up for action.

The least well-off have been on a poverty treadmill, while at the other end of the scale corporate profits are soaring, as is executive pay. Johnson ’ s levelling up message will struggle to cut through when the top one per cent of households in the UK have 230 times more wealth than those in the bottom 10 per cent.

Who else is going to look after their interests?

A modern, liberal, democratic economy depends for its health on a balance of forces between capital and labour. A strong union movement, like a robust free market, is essential. Collective bargaining is one way in which economic dividends are shared fairly. Strikes act a safety valve.

It ’ s a lot to put up with for the rest of us. But how would we feel if the shoe was on the other foot?

The RMT union and the rail companies face very real and pressing issues around the future of what is still a largely private rail network. They need to thrash these out in a grown-up way, without being goaded into a fight by a Government in search of scapegoats.