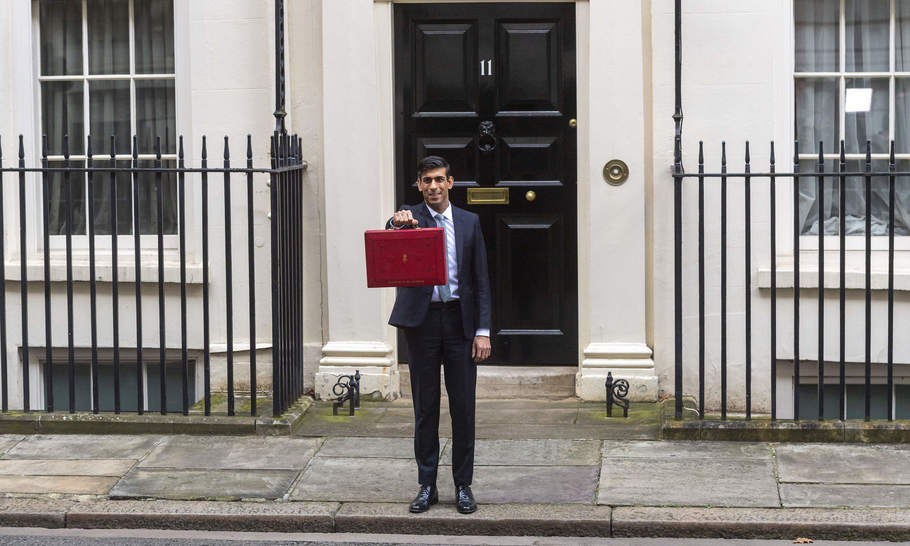 Today, the Conservative Party changed. Gone is the Cameron-Osborne austerity prescription of debt reduction and cuts. Gone is the instinctive caution of “spreadsheet” Phil Hammond. Sajid Javid’s brief bid for independence now seems like a distant memory. In their place we have today’s Budget delivered by the Chancellor, Rishi Sunak, and it amounts to a huge spending spree. Quoting the Office for Budget Responsibility (OBR), Sunak called it, “The largest sustained fiscal boost for nearly 30 years”. And remember, Sunak is a Conservative chancellor.

The launch pad for this remarkable political offering is the immediate crisis of the coronavirus outbreak, and Sunak was careful to frame his spending plans in terms of urgent national need. “Up to a fifth of the working age population,” might be unable to work due to the virus he said. This would inevitably have a “significant impact on the UK economy,” adding that, “for a period, it’s going to be tough.” Quite how tough he didn’t say.

What followed amounts to a colossal pre-emptive Keynesian strike against the coming economic slowdown. There will be a £30 billion fiscal stimulus — tax cuts for small businesses, the introduction of new benefit arrangements and more. Over five years, the government will inject a total of £175 billion into the economy, which, Sunak said, will lift annual GDP by 0.5 per cent. He also quoted the OBR’s estimate that this level of spending will lift productivity by up to 2.5 per cent.

Though Sunak admitted that these estimates had been made before the full effect of coronavirus had become clear, the amounts being proposed and the economic effects are remarkable. The uplift in productivity is especially eye-catching — the “productivity puzzle” has been a thorn in economic policymakers’ sides for over a decade now, with productivity growth remaining stubbornly low. This in turn keeps wages low. Sunak told the House today that he’d finally cracked it.

Much of this was framed in terms of the coronavirus. But then again, Sunak said, the British electorate voted for a “change in our economic geography,” a remark that suggested much of this generosity had been planned before the disease had broken out.

And so the generosity extended far beyond measures aimed at offsetting the effects of the coronavirus slump. The government plans to cut taxes on small business and to boost spending on research and development in medical science and new energy research, Sunak announced. And what’s more these new investments will be spread around the country — they won’t be confined to the southeast. In addition, the government would prioritise the low carbon industry, would back research into green transport and would introduce a plastic packaging tax.

But Sunak was only just getting started. The real headline-grabber was to come. When it came to new public works, Sunak said, “we will invest more than £600 billion,” over the coming five years. That is a tripling of the government’s capital budget. The government will invest this money into cities and towns, will provide more money for Scotland, Wales and Northern Ireland. Government will plough more money into building broadband, roads and rail. Hundreds of millions will be spent on improving phone connectivity. Billions will be spent on installing new super-fast fibre broadband. There will be funding for new train stations as well as “the biggest ever investment” in roads — a remarkable £27 billion. Sunak also announced a £2.5 billion pothole fund, enough to fill 50 million potholes.

If Jeremy Corbyn had won the last general election and John McDonnell had stood up today and delivered the exact same budget statement as Sunak, the Conservative benches would have been in uproar at its profligacy. They would have accused him of throwing away the country’s hard-won economic foundations, of frittering away the cash in a cynical bid to buy the electorate’s favour.

But as it is, this was a speech delivered by a firmly right-wing, Conservative Europhobe, and close ally of Boris Johnson, and he announced a colossal economic stimulus of the sort that the left has been calling for a decade. For Labour, the old attack lines about Conservative meanness and disregard for the poor and the regions won’t wash any more. In fact most of Corbyn’s attack lines will have to be shelved when the old man finally steps down — an opinion poll on Budget day showed support for the Conservative government for the first time at 50 per cent. Corbyn really has been a disaster. And as a final insult, the Tories have gone and pinched his economics.

Today’s budget was all very positive, energetic and impressive — much like Sunak himself, who sounded much more like a PM than the actual PM (Johnson was looking rather stony-faced behind him.) But trouble lies ahead for this government. A stimulus now may help to offset the short-term effects of coronavirus. But more borrowing, a bigger deficit and a slump caused by coronavirus are not the economic conditions one would hope for in the year when Britain final detaches from the EU.

The government is throwing huge amounts of money around. Appealing thought it may be, there is an element of recklessness to this very political budget, a budget that, presumably, Sajid Javid resigned in order to avoid delivering. But most of all, it wasn’t very conservative. The Tory party, and its voters, must absorb that rather startling fact.