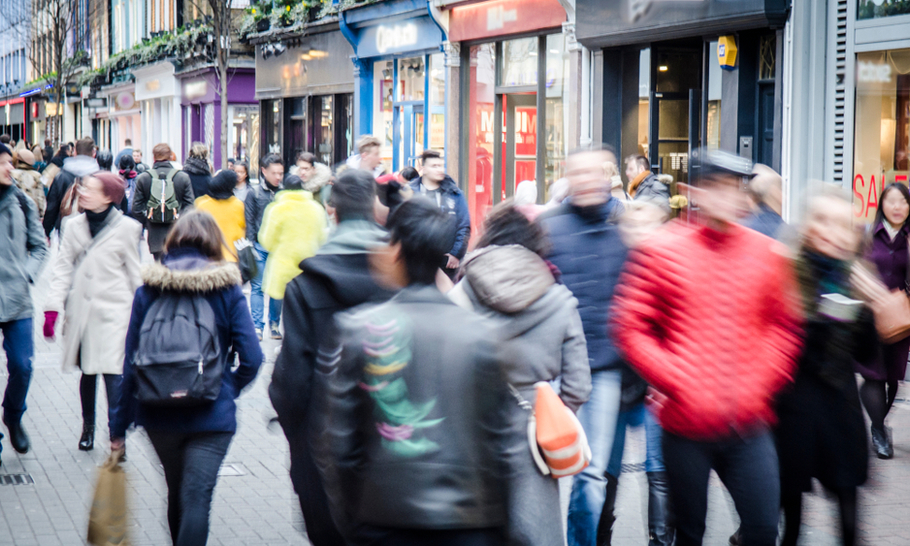 As the UK goes through the twin convulsions of Covid and Brexit, the ability to reach people with resonant communications and a commitment to truth has never been more acute. The British public has been battered from all sides and crave trustworthy and clear leadership to extract them from the current mess – one half caused by a force majeure and shared globally and the other half self-inflicted, chosen by half the country on behalf of the whole. How we communicate and debate in 2021 is vital in shaping the UK’s perception of itself and its journey – the story of Britain, of leaving the EU, of what has happened to our leadership, broken politics and divided population.

To write this story together, and shift the debate onto a more productive footing, we need to understand better the root of our culture wars and the effects of tribalism and disinformation on us as individuals and as a society. This was the topic of a strategic roundtable held as part of Keeping Channels Open, a project funded by the German liberal-leaning Friedrich Naumann Foundation. The series of UK-EU-US dialogues is linking politicians, experts and civil society in a growing network committed to maintaining UK-EU channels of positive cooperation at all levels – governments and parties, regions and cities, trade and industry, academia and think tanks, education, culture and civil society. We believe investing in these connections could counter UK drift, create opportunities for progress, and build the sense of belonging to a European project, largely absent in British culture.

But engaging on these issues means resetting the terms of the national conversation. Our discussions on why different sections of the population now inhabit different realities yielded valuable insights from renowned political scientists, practitioners and experts.

The US has provided a vivid example of a Western country where a deliberate policy of polarisation and rejection of norms has undermined its democratic foundations, social cohesion and role as a global leader. Trump leveraged existing fault lines and weaknesses of liberal democracy, including the distrust of disconnected “elite” and institutions, to rise to power, supported by far-right groups and others. Hyper-partisanship caused citizens to burrow into their own informational ecosystems, trusting only partisan purveyors of information and attacking distrusted media and opposition figures. Conspiracy theories and disinformation spread like wildfire on social media. This toxic cocktail, imbued with issues of morality, race and values, has entrenched division in US society leading to the endorsement of figures and behaviours normally deemed reprehensible. This contempt for the other party is probably the most powerful predictor of political behaviour in US elections today. Trump’s defeat is a boon. But Biden has a job on his hands to bring the country together, plug the gaps between governing institutions and the population and drive through inclusive policies that don’t fall victim to these profound rifts.

Similar but less extreme dynamics have played out in the UK. Grievances among the economically angry and culturally traditional communities were triggered to support a divisive Brexit, from which the exhausted majority eventually turned away. Disinformation, one-sided perspectives and sensationalism have found purchase on social media, where a lack of fact-checks and the proliferation of sources make it hard for the public to find their bearings. These new media environments have reinforced existing biases and silos, instead of creating a space where we can come together. Today, the harsh realities of Covid have exposed the need for competent government, but also triggered new culture wars in an already fractious society.

So much for the analysis. But all is not doom and gloom. There are several ways to restore a rational basis for discourse, rediscovery of common ground and renewed trust in democracy.

First, we need to circulate better analysis of the effects of polarisation and our population’s attitudes rather than drawing assumptions. In the UK, this means recognising that left-right divisions are no longer as relevant as cultural divides such as Remain-Brexit identities and related values. This will help us refocus discussions around areas we do agree on – like the NHS, British countryside and the environment, and common UK and European values such as fairness, tolerance, rule of law, democracy and respect.

We need systemic efforts to combat disinformation including ways to manage and regulate social media platforms and create tools that stimulate more productive dialogue and opportunities to listen. We need a media policy that encourages responsible evidence-based journalism that distinguishes fact from comment, but also supports traditional media outlets struggling to survive in the internet age. We need a campaign of media literacy to encourage the public to question sources and recognise conspiracies and lies. Codes of ethics for politicians and civil servants could also restore the commitment to truth and facts by our public figures.

We need more efforts to bridge the gaps between the “elite” and people and restore faith in democracy and politicians. The UK needs more responsive economic and social policies that address inequalities and anxieties, and political reforms to devolve more power locally. Research shows that significant parts of the British population have felt ignored for some time as urban-rural divides and resentment of London-centric policies linger. A new debate is needed on proportional representation or other ways to ensure more effective representation – the two-party system feels outdated to many people and no longer fit for purpose.

Our politics could also become more consensus-based as in other parts of Europe, rather than our confrontational binary system which deters cooperation and disenfranchises large sections of the electorate. Politicians must also refocus on the longer term, rather than only short-term actions, in order to tackle major challenges of the future.

Closing these gaps also means creating more effective institutional communications that resonate with people’s concerns. Though less relevant for post-Brexit Britain, the EU has invested in more efforts to tackle voter disaffection by shifting the narrative from problems to positive solutions and showing that the EU is relevant to people’s daily lives in concrete rather than abstract terms. The EU is also running a task force to expose disinformation, especially from Russia, and spread awareness among citizens of manipulative tactics. The Conference on the Future of Europe is an effort to engage people at multiple levels and give them a say in what the EU does – they hope this could prevent future “exits” by bringing citizens closer to the organisation.

More use of innovations in participatory or ‘deliberative’ democracy at the local level will help people feel more in control of their lives – as long as the results of these engagements percolate up to politicians and policy development. People are open to such community interaction, as Covid has rekindled a sense of solidarity and empowerment. Organisations like DemSoc run activities across Europe connecting ordinary people to decision-making while More in Common encourages value-based dialogue between UK communities that minimises the fractures and ensures grievances are properly heard. Face-to-face town halls, managed debates and citizen assemblies should replace dehumanising and rancourous social media exchanges, helping to heal rifts and knit together some kind of shared society.

Finally, we need future-focused orientation and strategising between stakeholders in shaping a more responsive democracy in line with realities such as technology, green issues, voter demands and policy needs. The School of International Futures and Reimagine Europa are two organisations undertaking such work. Pro-European and pro-democracy campaigners could better coordinate efforts across multi-disciplinary players to divide tasks in a joint strategy for greater impact.

As our Covid recovery gets underway, it is time to start setting the record straight and understanding what has happened to us. This can best be done through more civilised discourse and informed perspectives. We need leaders communicating with a moral compass and replacing divisive narratives with inclusive visions that reflect shared values of fairness, tolerance, community and security. We need more creative and responsible ways to listen to each other and find common ground – both in the digital world and face to face. In short, we must set an agenda that draws people away from the populists who distort public discourse for their own ends and divert us from the real conversations we should be having. Taking back control of the conversation, how we frame it and how we engage, may just be the way to get our country back.