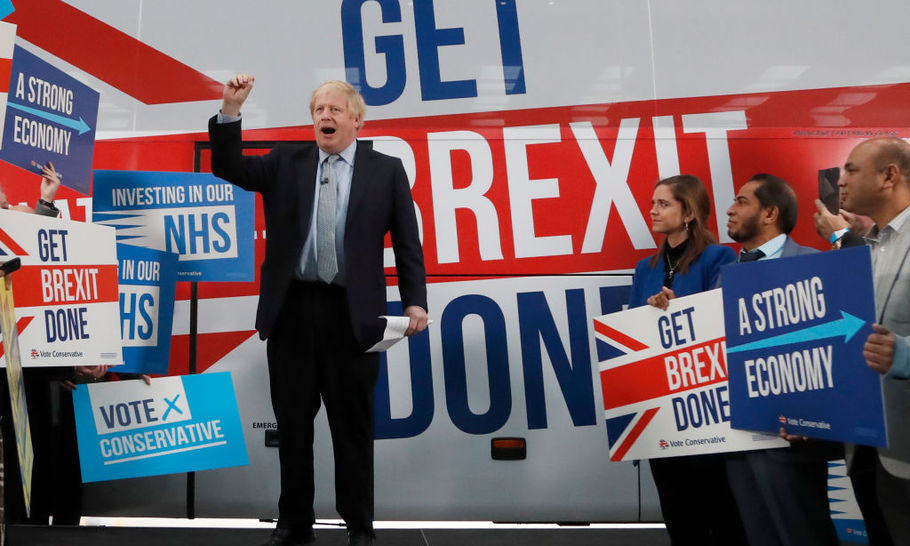 2020 will see Britain enter its fifth year of Brexit. The period since June 2016 has been the phoney war Brexit, but now, with the election of a determined life-long opponent of the EU as prime minister, Brexit will get real. Boris Johnson won a handsome majority and now has the democratic authority to alter Britain’s relationship with Europe.

The pro-Brexit enthusiasts like John Redwood or the economist Gerard Lyons, as well as self-anointed trade “experts”, assure us that negotiating Brexit will be a stroll in the park. This time next year we will know. Meanwhile, here are ten “Fs” to look out for.

1) Free trade agreements (FTA). These are normally concluded between two parties who want to open up their mutual economies. The EU offered a no tariff, no quotas FTA to Theresa May in the early days of Brexit. She refused it, as her priority was ending Europeans working freely in the UK. Now the same offer has been made to Boris Johnson, but again on condition that the UK obeys the same rules as other EU members. An FTA based on leaving existing arrangements is unusual. No-one knows how long it might take.

2) Financial services. These don’t feature in FTAs nor are they covered by the increasingly weakened World Trade Organisation. Nations protect, via their own laws, how money is handled and who can provide a professional service. 80 per cent of the UK is now services, not manufacturing. Margaret Thatcher destroyed national protectionist rules in Europe with her single market policy. There are 350,000 specific permits known as “passports” given by the EU to the City to trade anywhere in a market of 450 million consumers. These are granted entirely at the EU’s discretion. Keeping that access will require equal concessions from London.

3) Fishing. If Britain insists, as Mr Johnson has pledged, that British territorial waters will extend to 200 km around UK shores, and all fishing boats from European nations with an Atlantic, Channel or North Sea coast should keep out, there will be an explosion of political anger from Denmark to Spain. Any EU-UK agreement has to clear ratification hurdles that run all the way from the European Parliament to, in some cases, national parliaments. A refusal to share the waters of the UK will torpedo ratification.

4) Freedom of movement. This dates back to the first European Coal and Steel Community of 1950, when hiring on the basis of religion or nationality was outlawed. The UK could have always adopted, and can still today adopt, various measures that are common on the continent to control, register, or send home EU citizens, as well as policies to support national workers. We have refused to do this. The moment the UK ordains that EU citizens needs a visa to visit Britain, or have to go through a clunky immigration bureaucracy to work in a care home or picking fruit, there will be reciprocal measures against the 1.5 million Brits who live in Spain, France and other EU nations.

5) Foreign direct investment (FDI). Much of Britain’s most productive manufacturing firms, like Nissan or Airbus, are FDI outfits in Britain because a) they can export freely without paperwork anywhere in Europe and b) have just-in-time assembly with hundreds of thousands of components, as well as skilled problem-solving technicians, arriving freely in the UK without paperwork or customs clearance. If this changes, the Japanese government has made clear it will be difficult to justify continuing FDI in Britain.

6) Foreign policy. For 50 years, British foreign policy has been articulated around partnership and cooperation with fellow European counties. Mrs Thatcher first called for a European Common Foreign and Security Policy in a far-sighted speech in France in 1984. Now all British officials are retreating from Brussels, and the myriad of committees and working parties they serve with full rights to speak, propose or object and in the case of ministers to vote. Every morning at UN bodies, and every week in most capitals around the world, there are coordination meetings of ambassadors from 28 European nations to agree a common line. The UK will now not take part in coordinating common European foreign policy.

7) Farage. On 1 February, Nigel Farage’s 20-year-career as an elected British politician ends, as all UK MEPs pack their bags and come home. What will be his future influence? Will the BBC continue to treat him as a major statesman? Once the UK leaves the EU Treaty structure will the anti-European temperature go down and sensible compromises be possible?

8) Free flow of data. The European GDPR rules, to which Britain currently subscribes, will become more, not less, important as computer algorithm capitalism drives forward. If Britain opts out, perhaps to align with America in this area, that will make data exchange, especially for human resource managers in multinational firms operating in the UK and other EU economies, difficult, even possibly illegal. Johnson’s insistence that low level courts in Britain can repudiate any ECJ ruling or EU-wide law, opens the door to an agony of uncertainty for thousands of firms currently doing business in Britain.

9) Financial contribution. So far, Britain has indicated it would like to keep participating in Europe-wide university research projects, the Erasmus programme, the European Space Agency and other work which single nations even the size of the UK cannot undertake by themselves. This will require a significant UK contribution to the EU budget. This can be disguised and rebadged, but both Norway and Switzerland are big contributors to EU finances.

10) France. Britain’s early 19th century Foreign Secretary, George Canning, insisted that the French “have but two rules of action; to thwart us whenever they know our object, and when they know it not, to imagine one for us, and set about thwarting that.” Cynical, but not wholly untrue. Today the most powerful EU political leader is Emmanuel Macron. His sworn opponent is the hard right anti-EU Marine Le Pen. She was the first political leader after Donald Trump to congratulate Boris Johnson on his election victory, just as she put the union flag on her social media pages when Brexit was voted in 2016.

President Macron will not be able to offer many concessions to a Le Pen UK which is setting out to show that the EU is not needed for a successful European nation to flourish. This is not punishment but pure politics. One advantage, perhaps, of Brexit will be that, finally, political and business leaders in Britain will have to learn about how Europe, not Brussels, but the 27 separate sovereign nation states, think and act.