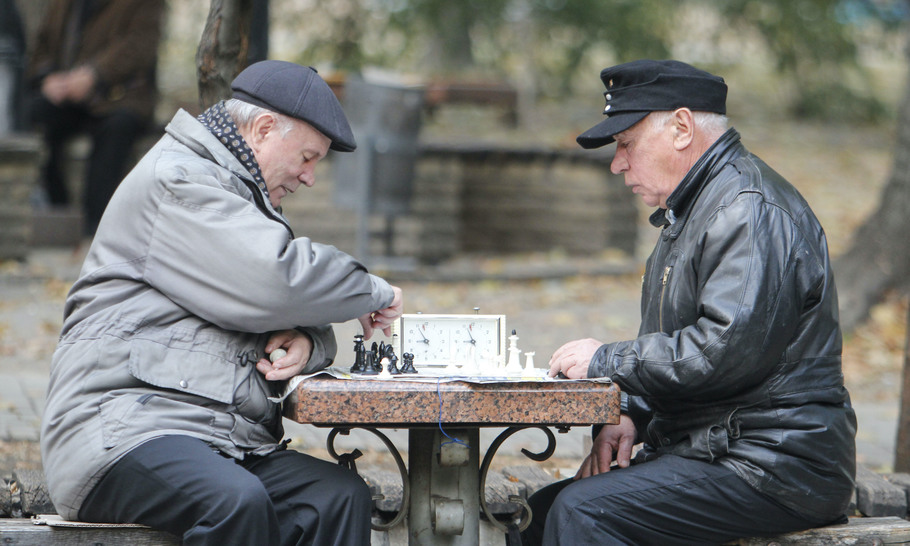 The celebrated chess Grandmaster and author, Jacques Mieses, on arriving in England during the 1930s as a Jewish refugee from Nazi Germany, was allegedly greeted by reporters with the question: “Are you Mister Mises?” To which he shot back: “Nein, ich bin Meister Meeses!” Mieses had sensibly fled from a regime which had just cancelled his name as an author, and was on the point of cancelling him outright.

Cancel culture is nothing new. The Pharaoh Rameses II famously erased the ceremonial cartouches of less favoured predecessors, in order to replace them with his own. The Roman Senate obliterated the traces of bad emperors, such as Caligula and Nero, with the merciless phrase Damnatio Memoriae (“condemnation of memory”). As I pointed out in my column The obliteration of memory the Spanish Conquistadors destroyed the literature of pre-Hispanic Aztec and Incan indigenous tribes, while in Europe the Inquisition was proceeding with much the same work, at much the same time, with its index of forbidden books and restrictions on freedom of speech.

Further afield, in China the first emperor Qin Shi Huang notoriously burned all books from previous dynasties, presumably in a grandiose attempt to restart time from the dawn of his own mandate. This act is eerily predictive of Nazi bonfires of the written word, though Hitler’s motives were doubtless more ideological than to do with rewriting history.

Elsewhere in Europe, and returning to the subject of speech, history did, indeed survive in a remarkable way, in the small village of Bova situated on a high peak in southern Italy. Amazingly, the local language there is not Italian, but Greek. It is, in fact, the ancient Classical Greek of 2,500 years ago, not the Greek now spoken in Athens. This surprising survival of ancient Greek culture is due to the establishment in Italy of Hellenistic colonies, dating from the days of Socrates, Plato and Aristotle. An inhabitant of Bova, when quizzed about this rare linguistic longevity, replied: “When you lose a language, it’s like somebody dying.”

To paraphrase Roger Scruton, and with a nod to George Orwell’s 1984, as the Communists and Nazis realised, to control language is to control not just thought, but also the possibilities of thought. The common stream to emerge from these truths about the suppression of truth, is that words, and the obliteration of words, evolve into actions, even though the initial verbal transactions might at first seem harmless enough.

In last week’s column  I dwelt at length on the efflorescence of Jewish chess masters from the second half of the 19th century and well into the 20th century. Famous names abound, imbued with the rich cultural heritage of the Central European Jewish environment — names such as: Johannes Zukertort, Wilhelm Steinitz, Emanuel Lasker, Siegbert Tarrasch, Jacques Mieses, Akiba Rubinstein, Aron Nimzowitsch and Rudolf Spielmann.

The last six of these continued to play chess actively well into the 1930s, a time when the German language, not to mention German politics, was entering an intense period of flux. For example, foreign words, so called “Fremdwörter”, were phased out by the Nazis. Thus “Telefon” (telephone) was replaced by “Fernsprecher”, and the easily comprehensible “Kandidatenturnier”, or qualification tournament, gave way to the clumsy, if purely Teutonic, “Anwärtertreffen”.

As words began to translate into actions, German chess writer and official Max Blümich was entrusted with revising the celebrated chess primer, Kleines Lehrbuch des Schachs. This concise chess manual had been co-authored by the aforementioned Jacques Mieses: a brilliant, ingenious but erratic player, yet a most lucid and reliable author, whose writings had nurtured generations of pre-Nazi era German chess enthusiasts. Irritatingly for the Gauleiters of grammar, spelling and the written word in general, Mieses was Jewish. Blümich’s solution was brutal. He simply eliminated the original author’s name from the book, and for good measure, in the editions of 1941 and 1943, Blümich went on to cancel the names of such Jewish chess Titans as Dr Siegbert Tarrasch, the famed Praeceptor Germaniae, and even Dr Emanuel Lasker himself, the World Chess Champion from 1894–1921.

Mieses himself was fortunate. For many years a resident of Leipzig, Mieses escaped to England, where he continued to create the ingenious tactical masterpieces which had made his name on the battlefields of European chess.

And what of his colleagues? Lasker too spotted the danger and also fled, first to Moscow, then to New York, where he survived for a while in genteel poverty, before dying at the age of 72. Nimzowitsch, having had the courage to forcibly eject a uniformed SS officer from the press room of the 1934 World Championship, died in the Hareskov Sanatorium, Copenhagen, 1935, most probably of cancer. Spielmann fled to Sweden to avoid the concentration camps, but perished, friendless, of starvation in a Stockholm garret. A tragic end for a valiant warrior of the mind who had numbered Capablanca, Alekhine and Euwe amongst his victims — between them, the three World Champions who held the World Title from 1921 to 1946.

Most poignant of all was the story of the mighty Akiba Rubinstein. Rubinstein had once trained to become an Orthodox Jewish rabbi, but succumbed instead to the lure of chess, emerging as victor of numerous elite tournaments and vanquisher also, in individual games, of Capablanca, Alekhine and Lasker himself, all in classic masterpieces of the art of chess. As the 1930s dawned, Rubinstein’s once magisterial mind began to cloud. He withdrew from chess to a care home, where he silently and patiently awaited the arrival of the Gestapo. 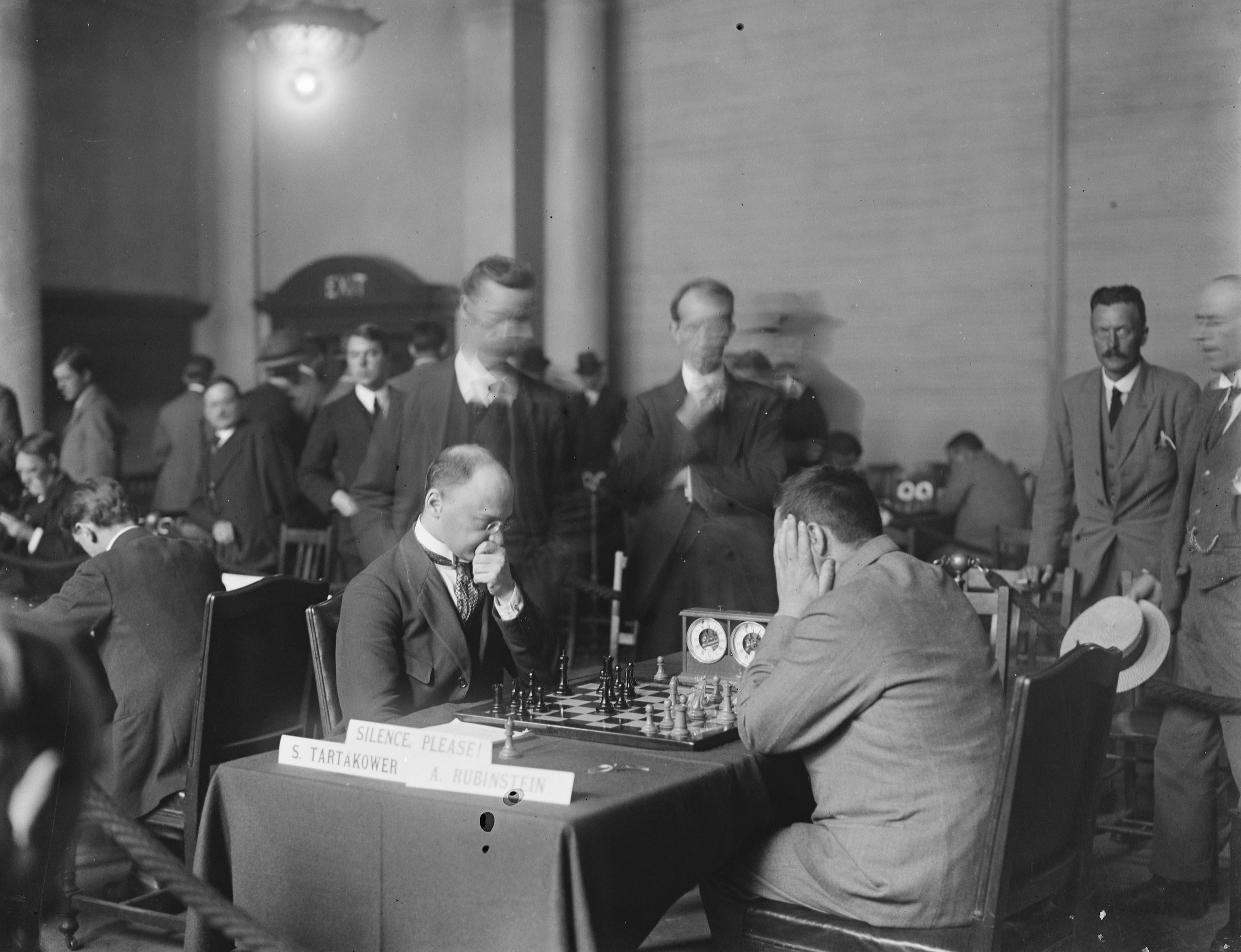 When the Myrmidons of the Third Reich did finally appear, they found that the genius of chess had descended into a hermetic carapace, a vacant victim of a syndrome first described by Alexander Pope: a man lost in the “eternal sunshine of the spotless mind”. Whether impelled by compassion, or confronted with the utter pointlessness of hauling off a prisoner whose mind was no longer capable of comprehending his fate, the Geheime Staatspolizei retreated, leaving their intended sacrifice in peace, a peace which endured until 1961, when Rubinstein passed away in tranquillity at the age of 80.

The moral of the story is clear. Cancel culture may start with single words, but then it spreads virally to literature, opinions, society in general and finally living targets. If tolerance cannot be maintained for opposing or simply inconvenient points of view, then reasoned debate and the life of the intellect become untenable. “Reason requires that a diverse range of ideas be expressed and debated openly, including ones that some people find unfamiliar or uncomfortable. To demonize a writer rather than address the writer’s arguments is a confession that one has no rational response to them.” This sentiment was from incisive minds of Steven Pinker and Rebecca Goldstein, who were protesting against the American Humanist Association’s recent cancellation of Richard Dawkins’ Humanist of the Year Award from 1996.

In the 1930s chess literature became an early weathervane, a speluncular canary in the mine, indicating the stirrings of the lethal intolerance to come —an intolerance which, from a frightening multiplicity of instances, we are now in grave peril of repeating. Black and White are not yet controversial terms in chess, but the direction of discourse on climate change, gender multiplicity, whose lives matter, museums, memorials, statues, universities and even the mentions of the “slave products” tea, cotton and sugar in the oeuvre of Jane Austen (a noted abolitionist who in fact raised the issue of slavery in her novel Mansfield Park) threaten to become ever more toxically authoritarian. Chess Grandmaster Jacques Mieses, the cancelled author of his own book, whose best games I celebrate this week, would have doubtless recognised the warning signs.

In the first game, Aron Nimzowitsch vs Mieses of 1920, Nimzowitsch, the progenitor of hyper-sophisticated Hypermodernism, is blasted in brutally direct style by his refreshingly unsubtle opponent. In the second game, James Craddock vs Mieses of 1939, Mieses carries off a homage to the Immortal Game, between Anderssen and Kieseritzky in 1851, with its double rook sacrifice to force checkmate.

Notice for collectors of chess memorabilia

The chessboard used in what was arguably the most important chess match of the 20th century will be sold at auction by Heritage Auctions, Mayfair, at their Sports Auction over 6-8 May, 2021. The likely reserve will be in the region of £100,000.

In 1972, Bobby Fischer (USA) and Boris Spassky (USSR) descended on Reykjavik, Iceland for the World Chess Championship. With the world watching and the Cold War looming large in the background, Fischer and Spassky played 21 games. The Championship was won 12½ to 8½ by Fischer. It was the first time ever that a natural born US citizen had won the official World Chess Championship and it ended a 24-year Soviet domination of the game.

“The 1972 World Chess Championship remains to this day the most studied and celebrated series in the history of the game,” said Chris Ivy, Director of Sports Auctions at Heritage in a press statement. ”It’s revered both for the elite level of play and for the geopolitical USA vs. USSR climate in which it lived and breathed.”

Both players signed the board at the end of the championship. For more information on Fischer vs. Spassky, Reykjavik 1972 see my columns for TheArticle of 17 April this year “American chess meteors”, and two from last year: “Piscator Rex: the chess tragedy of Bobby Fischer” and “Fischer, Spassky and words with double meanings”.

Raymond Keene’s latest book “Fifty Shades of Ray: Chess in the year of the Coronavirus”, containing some of his best pieces from TheArticle, is now available from Amazon, and Blackwell’s.