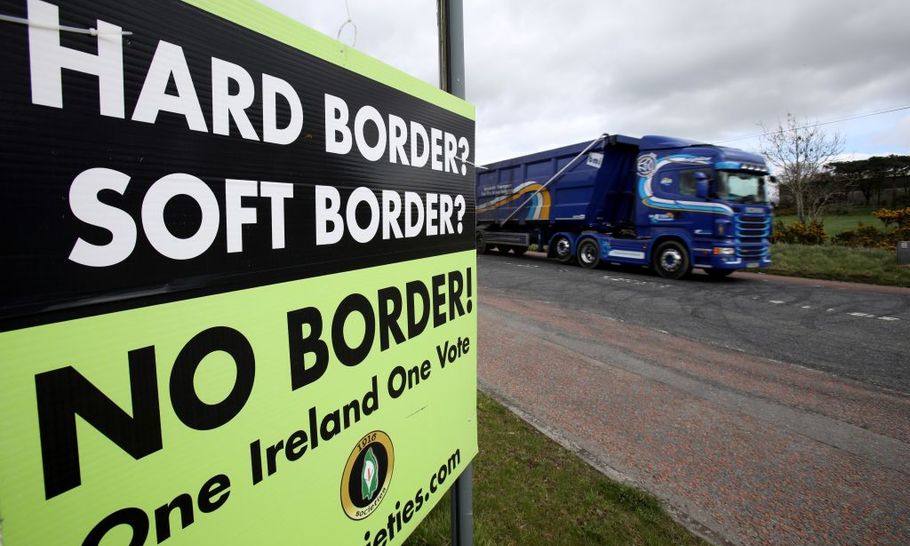 The backstop provision of the Withdrawal Agreement is the only proposal to date that achieves the objective of ensuring no physical infrastructure and no checks on the Irish border, should future trade talks collapse. There is still room to talk about its scope and democratic safeguards, but a backstop in some form is the minimum requirement for the EU to relax controls on the frontier of its market.

It is conceivable that in the future it will become unnecessary, as innovative technological solutions and schemes are developed. However, there is nothing available that is immediately applicable and operable. Many Brexiteer politicians beg to differ, but then one must ask why they object to the backstop if they are so confident it will never be necessary?

I suspect objections to the backstop conceal the real agenda, which is dogmatic opposition to any kind of withdrawal agreement. Much of this is to do with impulsive and often ill-informed reactions to provisions within the agreement that replicate current legal frameworks during the transition period. The Withdrawal Agreement allows for a gradual dismantling of EU membership and the reconstruction of the UK-EU partnership, with measures in the future relationship replacing provisions in the Withdrawal Agreement. For impatient Brexit radicals, this just won’t do.

The objections of those who are not willing to countenance any kind of backstop don’t stand up. Some critics, including Daniel Hannan, have said it’s unacceptable for the EU to be able to veto UK trade policy. However, it is very unlikely that the UK’s future trade agreements will apply to Northern Ireland in full anyway, due to the regulatory alignment necessary to conserve cross border cooperation and trade with Ireland — a point the prime minister was willing to concede on his most recent proposal.

Unionist criticism of checks between Ireland and the rest of the UK is based on a fear of dividing the union, but the benefit of protecting peace and prosperity should outweigh these concerns. It will be far easier to use technology and innovative solutions to facilitate inter-Union trade, because infrastructure already exists at the ports and airports. There are, in fact, already some checks related to trade in live animals between Northern Ireland and Britain, and the sea crossing creates natural delays, which provide time to manage bureaucracy while in transit.

Concerns about the democratic deficit are not unfounded. But a recent survey by LucidTalk, a Belfast-based polling company, found that almost three out of five voters in Northern Ireland favour a border in the Irish Sea compromise to prevent economic damage. An overwhelming majority also backed a Northern Ireland-only backstop as a way of averting a no-deal Brexit. There is still scope to negotiate on reducing the democratic deficit around a potential time limit in the form of consent from Northern Irish politicians.

The relationship between Britain and Ireland had very recently reached a new high point, but relations are souring rapidly. Northern Ireland should not be perceived as a point of conflict, but a special connection between the UK and Ireland; this is the spirit that made the peace process achievable. The settlement, and the relationship between Ireland, Northern Ireland and Britain must now evolve and adapt, but it must do so in this positive spirit.

An Irish-UK settlement on Brexit is possible, but it must be a collaborative achievement built on a relationship of trust. This is under threat by British complacency, exemplified by Boris Johnson appearing so reckless about a fragile settlement in a region that saw decades of bloody conflict. Not to mention the blatant anti-Irish attitudes expressed in some quarters, much of it based on resentment of Ireland taking advantage of the leverage provided to it by the EU membership we are relinquishing.

Close bilateral cooperation is essential to the effective operation of the Belfast Agreement and political and economic stability in Northern Ireland. The backstop will simply build on the existing “special status” Northern Ireland already has and would put it in a uniquely privileged position. Northern Ireland would be able provide access to two markets and will free-ride two customs unions. It could well lead to a surge of investment.

And anyway, what are the radical Brexiteers alternatives? A no-deal Brexit? Aside from souring relations with all of our key allies, it will — as confirmed by our government’s own reports — be an utter catastrophe for the Northern Irish economy. It is hardly inconceivable that in the aftermath many Northern Irish people become converted to the idea of Irish reunification.

Worst of all, no-deal would damage the whole UK economy and put it in a state of limbo. A comprehensive relationship with the EU, our closest neighbour, key ally and largest trading partner, is essential. Eventually we will want to return to negotiate a new trade framework with the EU, but we will have lost all leverage and be faced with the precondition that we agree to an accord for Northern Ireland that looks much like the backstop. That way lies a self-defeating folly.