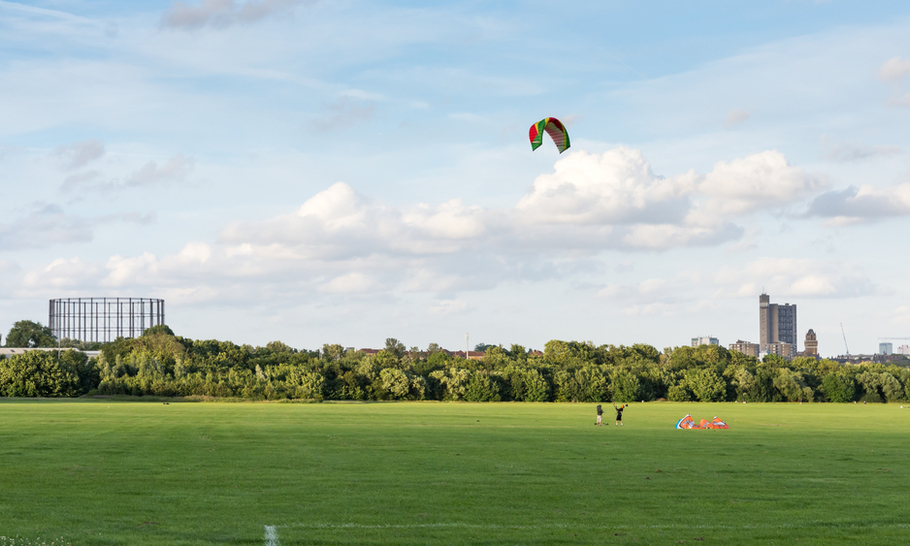 By now most of us know that HS2’s impact on the countryside is, as one observer memorably put it, “like driving a mile-wide bulldozer up and down the length of England”.

Hundreds of ancient woods have been torn down; habitats for wildlife destroyed or sliced up; local residents are mourning the loss of treasured beauty spots. And all for the sake of what? A slightly faster journey from London to Birmingham, for those who can afford it.

A great deal of the destruction is not even for the railway line, but to provide space for equipment and the like to be parked, or for other bits of infrastructure to be shoved out of the way of the HS2 juggernaut.

As a Londoner, I would not expect to be caught up in all this misery – but HS2 will pass very close to a piece of nature whose open sky and bramble-laden walks sometimes let me imagine I am not in London – Wormwood Scrubs Common. I’m part of a doughty little army of local residents constantly fighting off a long string of attacks on the Scrubs, whether it’s to plonk a sports arena on top of it, or to hand it over to open air music event organisers (despite the presence of two hospitals and a hospice very close by, not to mention the prison).

The Scrubs is not “empty land”, but a treasured green space and a valued resting spot for migratory birds. During lockdown hundreds of people fell in love with it who had never ventured onto its paths before. Some of them lit fires and left litter… but many more became firm fans.

So it wasn’t just us Friends of Wormwood Scrubs (FOWWS) who were shocked in October when nearby residents were informed by letter that they were going to be a bit short of parking spaces for a few years because, sorry, your local beauty spot is going to be bulldozed.

Apparently unopposed by the local council, men in high-vis jackets were already preparing to drive a road right through the most environmentally sensitive area of the Scrubs in order to allow lorries to reach the spot where a major sewer is to be moved (yes, you read that right, they are moving a sewer.)

We knew about the sewer. We also knew that another route into the site had been identified: shorter, less destructive, passing through less woodland. And those of us with sharp legal brains recalled that in 2016, HS2 had signed an agreement that, if requested by Hammersmith and Fulham Council, subject to certain conditions, the shorter route should be used.

So why hadn’t the council said anything? Was the Scrubs about to be a victim of Covid-induced inertia?

“It does look as if LBHF rather dropped the ball on the question of the access route onto the Scrubs for HS2 and their sewer diversion work,” says FOWWS chairman, Sir Stephen Waley Cohen. “But, even if late in the day, they are making up for lost time.” And indeed, local forces, the MP, and councillors, to their credit, have leapt into action and won a stay of execution while HS2 “consider” the alternative route.

But no firm commitments have yet been made that trees will not be felled or undergrowth grubbed up before January. So residents are literally watching the woods.

Finding that a place you love is in the path of HS2 is like being in the opening chapter of A Hitchhiker’s Guide to the Galaxy, and indeed the workings of HS2 are not dissimilar from those of a Vogon constructor fleet.

During one virtual “community engagement session” in October, FOWWS member Sarah Abrahart was confidently informed that FOWWS had been made aware of the proposed access road “some time ago and had even put up posters to inform Scrubs users”.

“I told them that this was poppycock,” says Sarah. “They then retreated into silence as was their style for most of the session.”

The attempt to exaggerate the degree to which the HS2 project consults with local stakeholders rings a bell. It was revealed this week that trees planted in a Buckinghamshire memorial ground for children who died at a hospice have been felled and the area bulldozed to make way for “utility services and to store tools and equipment”.

There, too, a charity which manages the site had been told that HS2 was to “take possession” of it – they were not told that trees would be cut down. The charity is understood to have “tried tirelessly to contact HS2” to discuss alternatives to removing memorials. However, HS2 were “unhelpful and unwilling” to discuss other solutions – and said, in true Vogon style, that they had given the charity a month’s notice – a whole month – for families from all over the country to drive to Buckinghamshire during lockdown to collect memorial stones bearing the names of their dead children.

I attended a typical HS2 information meeting with another group of London residents (who have been asking for a meeting for over six months). These residents were trying to find more about serious long-term road closures that will effectively cut off their streets for years. Could the Vogons actually tell us when and for how long roads would be closed? Was there actually any kind of timetable for the works beyond a vague end-date? Was there even a representative from the contractor at the meeting? The answer to all these questions was “no”.

And just this week we heard that a resident was approached on the Scrubs by an HS2 worker who asked him if “he’d seen a bunch of HS2 protesters with banners claiming they had smashed up vehicles”. The most violent protest I know of so far is a lady who was planting wild daffodil bulbs in the rain on Sunday.

Being parsimonious with details; overstating the co-operation of local parties; spreading rumours against protestors. Is this how HS2 has wormed its ugly way through our green and pleasant land?

The national question is back in politics

Communism as a religion