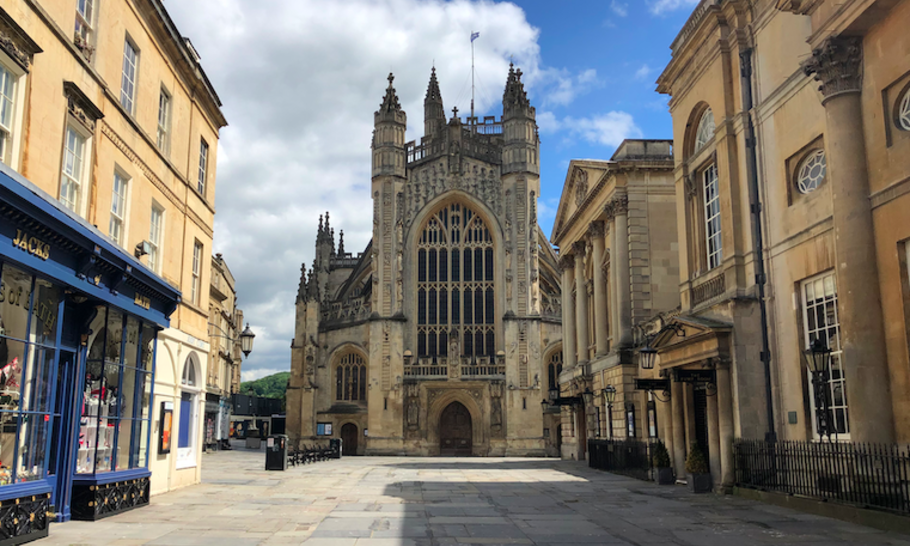 For much of Britain’s religious landmarks, the lockdown has been a disaster. Congregations, already dwindling, have disappeared and leading figures have been woefully eager to close all forms of worship. Visitor numbers and most forms of revenue have vanished. As much of the country slowly returns to normality, cathedrals across Britain face financial ruin as previous income evaporates, and finances show little sign of ever returning to sustainable levels. A heritage which has endured for hundreds of years is at risk of sinking almost unnoticed.

The financial future for these cathedrals is shockingly, perhaps irretrievably, dire. The hardest hit are the largest, which rely on tourist cash to maintain not only the musical tradition, but to keep the buildings standing. York Minster has recently closed its choir school after reporting a £5.2 million shortfall. There is little hope of the coffers being filled again any time soon. Westminster Abbey faces losses of £9-12 million next year, and the loss of a third of its reserves. It has already had to close down the choir of St Margaret’s Church, stopped regular worship there, and threatened to cut large numbers of staff.

Canterbury Cathedral is facing losses of £3 million and has invited staff to file for voluntary redundancy. The same fate faces Lincoln , Winchester , Durham , and others. Overall, the forty-two cathedrals which receive direct funding from the Church of England are expected to see accounts fall by more than £28.4 million from last year, and see a further loss of £15.5 million next year. Financial problems are not new to most cathedrals, which has made charging visitors for entry necessary across the country. When that revenue drops as fast and dramatically as it has done, all certainty is lost.

What makes cathedrals so expensive is not only the upkeep of the gargantuan ancient buildings, but the whole community and heritage, much of which has recently been under threat. Cathedral choirs are notoriously expensive, but necessary for the full worship that much of Anglican worship dictates. Indeed, Britain’s church music is perhaps the only jewel left, and for which church leaders can be justly proud. That does not mean, sadly, that they show any sign of trying to keep it alive.

Justin Welby’s absence from the public sphere, apart from to offer services from his kitchen or to offer platitudes to his congregation about following government guidelines, has not escaped people’s notice. Restrictions on gatherings and services will make it a challenge to retain congregations, as the habit of church-going is broken. The choral tradition is often the only attraction for younger visitors, and gives more breadth to the worship, while also giving more scope to atheists such as myself. With clergy facing up to immediate financial ruin and little support for choirs coming from the most prominent figures, it is easy to see them being dispensable.

The whole crisis has raised another question Welby and others seem unlikely to answer: of the relationship between church and state. Since church leaders have been so absent from the crisis, the CofE’s constitutional position must surely be called into question. Boris Johnson knows that there are few votes to be won in protecting the church — it is unlikely to be of great concern in the “red wall” seats he so cherishes. Indeed, the message that faith leaders should learn from the lockdown is that the main religion in Britain today is the NHS, worship of which was maintained throughout by Downing Street and which resonated across the country. Cathedrals and their choirs are unlikely to feature on the growing list of threatened areas, given their esoteric nature and marginal appeal. Welby’s leadership will do little to ensure their survival.

Much of the Anglican Church in Britain remains apart from the lives of most citizens, and it shies away from the daily grind of political news. Its image as an infallible institution depends, like the monarchy, on its ability to speak clearly, always saying something. In Trollope’s 1855 novel The Warden, the Reverend Harding faces the personal effects of a public storm, and tries to revert to his previously tranquil existence, away from the heated world of public debate. That world now faces the greatest threat in its history.

It would be easy for atheists like me to say good riddance and to hope for a swift end to it, since the cosy church and state relationship is something we’ve been calling out for a long time. Yet if the government, and the country as a whole, still cares about the musical heritage which seems destined to fall, or the fate of the communities which have been in existence for hundreds of years, then they will have second thoughts before condemning congregations to Welby’s general indifference and overseeing the decline of one of the few aspects of British life of which we can be proud. Then they might see the real meaning in Larkin’s words, when stepping into a church:

A serious house on serious earth it is,
In whose blent air all our compulsions meet,
Are recognised, and robed as destinies.