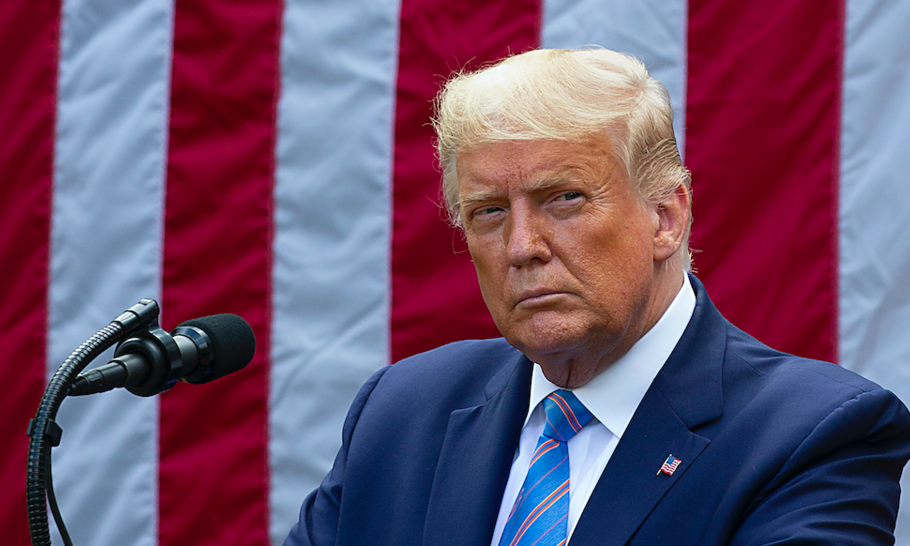 As the election nears, America’s democracy faces its gravest crisis since the Civil War. But it doesn’t have to be that way. There is still time, time for bravery by those who have so far shown so little.

Sadly, the looming crisis is predictable. Indeed, Trump has hardly been subtle about what he intends. He will continue to label the election a fraud, and continue to act to make it so. He will do everything he can to discredit mailed ballots, continue to welcome Russian and other efforts to sow division and, especially, suppress voting by the Latinx community and by people of colour.

Come election day, Trump’s thugs — if not US troops — will turn up at the polls, less to watch than to intimidate. He will encourage sympathetic, gerrymandered legislatures in battleground states to nullify the vote and bind the state’s electors to vote for Trump. If Trump is leading on election night, he will proclaim victory, and declare that no more mail-in ballots need be counted.

After weeks of turmoil — and very likely, considerable violence — the issues will get to the Supreme Court, where Trump has already said he expects it to go. Trump will have already appointed another lickspittle as Ruth Bader Ginsburg’s successor, so he will be declared the victor.

This sounds like a repeat of 2000, albeit with additional violence. But it isn’t. Then, the nation was lucky to have Al Gore, who committed one of the most gracious acts in the history of the Republic by accepting what was plainly an ill-begotten decision. Then, too, Democrats still retained some respect for the Court, but now they can and will have none, for it has become Trump’s playpen. The crisis will be on us.

Our President will go down in history for the number of lies he’s spewed and conspiracy theories he has advanced. So, really, we have no reason to believe anything he says. But when the President of the United States asserts the urgency in appointing a replacement for Justice Ginsburg in order to have a full court to determine the results of an election that hasn’t even happened yet, we should believe him. But not for the obvious political ploy that he’s undertaking.

Put the politics of the Court aside for a moment. The question we should be asking is why there is a presumption that any Court involvement will be necessary to determine this election. That is the dystopian view we should be addressing. In 2000, the election never should have gone to the Court in the first place.

Trump has spent months fomenting the idea that voter fraud through mail-in-ballots will be rampant, and will therefore necessitate a legal challenge. He has set the stage, as is his way. And the sheep that are his Administration — those seemingly principled, professional men and women who have degenerated into the president’s lackeys — enable his loathsome, fearmongering.

Do not be reassured by the non-binding resolution that passed by unanimous consent in the Senate last Thursday, reaffirming its spirit for a peaceful transition of power. It’s about as believable, and enforceable as the rest of the hypocritical affirmations bestowed by the Republican leadership in the past several years.

Tony Schwartz, co-author with Trump of The Art of The Deal, wrote about Trump: “His obsession with domination and power have prompted Trump to tell lies more promiscuously than ever since he became president, and to engage in ever more unfounded and aggressive responses aimed at anyone he perceives stands in his way… Understanding what we’re truly up against — the reign of terror that Trump will almost surely wage the moment he believes he can completely prevail — makes the upcoming presidential election a true Armageddon.”

It is time to be wise, America. It is time to rise to the occasion. We are being led by a madman who is out of control. And he has surrounded himself with aiders and abetters like DeJoy, Barr, and McConnell.

At this point, it is time to hear a response to the open letter written on August 11 to General Mark Milley, Chair of the Joint Chiefs of Staff from fellow soldiers, John Nagl and Paul Yingling. They contend that given Trump’s undermining confidence in elections, his probable defeat at the polls, legal charges he will face in Manhattan District Court, and the private army he has assembled “capable of thwarting not only the will of the electorate but also the capacities of ordinary law enforcement,” it will be up to the US military to uphold the Constitution, to which they’ve sworn an oath. They write, “Should you remain silent, you will be complicit in a coup d’etat.”