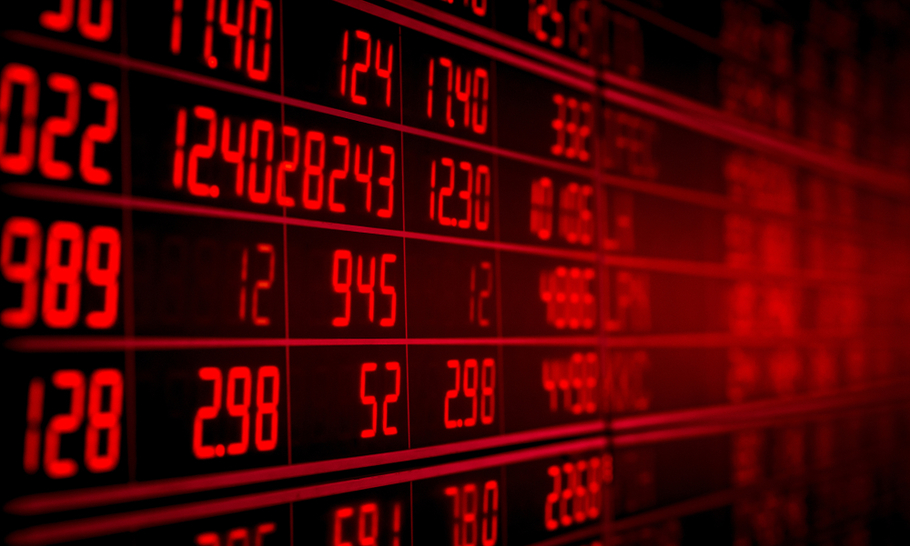 Last weekend the US Federal Reserve announced — unusually on a Sunday — emergency measures to cut interest rates and pump several hundred billion dollars into the financial system to prevent a potential economic seizure in the US. When markets re-opened on Monday, the reaction was churlish, and yet understandable. We are now in or facing what economists call “a sudden stop”, in which economic activity drops into a deep funk. It’s likely to be far worse than expected.

The Federal Reserve moved to cut its targeted interest rate to zero. It also assured the markets that it would provide several hundred billion dollars to keep important financial markets functional. The Treasury bond market — the largest in the world — and the commercial paper market, which is a vital credit source for larger companies, were among several to “dry up” and become dysfunctional as investors and companies dashed for cash. Such is the fear that has taken root.

To get a grip on what central banks and other policymakers are confronting, it is helpful to take stock of the nature of what is likely now to be the coronavirus world recession.

Start with China, where the Covid-19 crisis began, possibly as early as last November. The economic data for February, the first month in which the lockdown began in earnest, is now being released. The data for business confidence, industrial production, investment and retail sales have all collapsed. The situation probably didn’t improve much in March, and it looks like China’s economy contracted for the first time since the Cultural Revolution in the mid to late 1960s. The quarterly drop may have been as much as 5-10 per cent, meaning the annual rate could have registered an unprecedented decline.

In the UK, and other western countries, we may not face an identical growth collapse if our lockdowns and quarantines are less draconian. Yet, no one should be under any illusion that the consequences will not be very serious, even if the contraction starts a little later, isn’t quite as sharp, and is spread out over more months.

Many airlines are in a perilous financial state as routes are cancelled and people don’t fly. The US and the EU have both announced flight bans on the entry of foreign citizens. Other travel firms, and any involved in the leisure, hospitality, entertainment, housing and retail sectors are in the cross-hairs of a unique consumer spending and services sector meltdown. Most recessions have featured weaknesses in manufacturing and housing, but this time it is different.

Yesterday’s statement from Prime Minister Boris Johnson, for example, called for people to avoid cafes, bars, theatres and restaurants, and follows a spate of cancellations and closures anyway, and similar shut-down decisions by the cities of New York, Los Angeles and Las Vegas and, of course, Italy, Spain, Austria and Switzerland among other nations.

What we are witnessing is quite remarkable — a contraction that’s being fuelled on four fronts.

First, there is a new bear market in stocks, which is compounding a loss-of-wealth effect on confidence and consumption, and higher equity risk premium effects on investment. Most major markets are now down 30 per cent or more from earlier year peaks, and the bottom may still be ahead of us.

Second, there is a demand shock as virus-spread mitigation measures hit the consumer sectors. This leads to unemployment, fewer hours worked, and weaker wages and salaries.

Third, there’s a supply shock, as workers can’t get or don’t physically go to work, and face other restrictions on working normally. Moreover, closing borders will prevent or curb cross-border shipments of goods and the movement of people. New or emergency regulations designed to focus the economy’s capacity to deliver essential supplies, such as masks and ventilators, will also curb “normal” business investment.

Fourth, the consequences of these shocks for many normal and viable businesses with sound balance sheets are alarming. As a result, we can already see heightened credit, banking and default risks, which in turn could accentuate a vicious economic and financial feedback loop. It is going to be essential for central banks, regulatory authorities and governments to ensure that normally good or economically important companies, and small firms, do not end up with extreme cashflow and liquidity problems that are no fault of their own.

The coronavirus global recession is going to be ugly, but there are some mitigating factors that didn’t apply in the systemic banking collapse of 2008. It’s more acceptable now for governments to borrow cheaply the money the private sector is unwilling to access to provide fiscal policy support for demand, wages and social security and infrastructure. Chancellor Rishi Sunak’s statement last night went some way towards this. Regulatory authorities can also ease the capital requirements on banks counter-cyclically, so that their actions don’t exacerbate the recession.

Some of these initiatives have already started, and other forms of regulatory forbearance designed to bolster liquidity and keep the flow of credit running have already featured in recent announcements from the Bank of England, the European Central Bank and most recently, the Federal Reserve. Moreover, unlike the banking crisis of 2008, the effects of which still linger, the coronavirus-related lockdowns and quarantines won’t last beyond the reversal of the infection rate during the months to come, and politically, probably can’t be sustained for too long anyway.

We should, though, be braced for seriously bad economic news in the weeks and months ahead, and for more government and central bank initiatives to try and gain as much traction as is possible. It will not be easy, and fiscal measures especially may not prompt new spending and borrowing until people are back at work and public health confidence returns.

Sooner or later, we will all think more about the transformational impact of the coronavirus crisis on the way we think about public health systems, the nature of work, the vulnerability of supply chains and the political status of today’s incumbents. But all that is for another day. For now, the economics of the crisis rules.