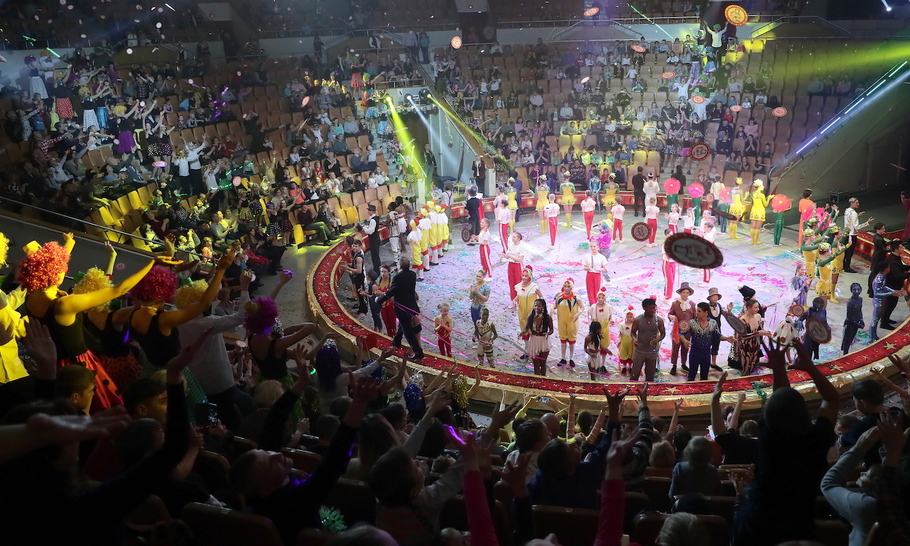 You would think by now we would be used to President Trump saying odd things, but his statement on Saturday about his coronavirus response team took it to a new level. “We’ve created a number of new stars.”

Maybe that was just a bit of dark humour from the former reality-show host. Indeed, Americans who had never seen National Institute of Allergy and Infectious Diseases head, Anthony Fauci, until this crisis, now find him to be a reassuring, blunt, straightforward source of information and advice. Yes, he is something of a “star”, in the sense that he is now much more famous than he was a month ago. But that’s beside the point. None of us are turning to Dustin Hoffman or Bruce Willis or Milla Jovovich or anyone else who starred in a fictional virus outbreak movie at this moment. We don’t want stars at this moment. We want wise, trustworthy authorities.

Trump has considerable skills as a politician, most notably showmanship. He creates headlines with every statement, commands the attention of the world on Twitter, and turns his rallies into wild, unpredictable, shocking carnivals. Trump’s abilities have pulled him through rough midterms, impeachment by the House, unprecedented turnover in his cabinet, the longest federal government shutdown in US history — remember that? — a deadly strike against an Iranian general, the elimination of the leader of Isis, high-stakes summits with Kim Jong-un…

But showmanship is useless against the coronavirus. From the first reports of a serious viral outbreak in China, Trump’s public statements have suggested he simply could not grasp what was at stake. His first comment, on CNBC on January 22, was, “we have it totally under control. It’s one person coming in from China. It’s going to be just fine.” By February 27, Trump said, “the 15 [cases], within a couple of days is going to be down to close to zero, that’s a pretty good job we’ve done.” These are not simply wrong predictions. These comments suggest Trump simply could not understand how viruses spread. (One would think the social media term “go viral” would have reminded everyone that viruses spread far and wide, very quickly.) On March 7, Trump obliviously boasted, “anybody that needs a test gets a test,” when there is an ongoing shortage of tests.

We’re living in some sort of absurdist disaster movie, a version of Contagion where the president directing the American government’s response is played by PT Barnum. One can relate to the instinct to hope the situation is not as bad as the initial reports suggest, but as Republicans used to say when Barack Obama was president, “hope is not a strategy.”

It is worth noting that countries with leaders who are quite different to Trump in their philosophy and personality are having their own struggles with the coronavirus. Italy’s Prime Minister Giuseppe Conte, Spanish Prime Minister Pedro Sanchez, and Germany’s Angela Merkel are all struggling to ensure their government keeps the outbreak under control. Trump’s personality quirks and sense of psychological denial may have only a marginal impact on America’s response to the virus.

But rarely has a US president seemed so spectacularly miscast against the challenge of the moment.

Americans only see their elected leaders when they are on television, so perhaps a portion of us has started to think the job consists of what we see a president do on screen: give speeches, argue in debates, conduct interviews and smile in photo ops.

But the presidency is not primarily a job about being entertaining on television. Since the rise of television, the most pivotal moments of the American presidency have occurred far from the television cameras: John F Kennedy and his cabinet, trying to avoid Armageddon during the Cuban Missile Crisis. Lyndon Johnson making the fateful choices about the Vietnam War. Richard Nixon’s decisions surrounding Watergate. Jimmy Carter’s choice to try the Desert One operation to rescue the hostages in Iran. Ronald Reagan’s summits with Gorbachev that set the end of the Cold War in motion. George HW Bush and Desert Storm. George W Bush after 9/11, and the decisions of the Obama cabinet as they grappled with the Great Recession and made far-reaching decisions about the bailout. All of those involved high-stakes decisions made behind closed doors, in consultation with the government’s best experts, for better or for worse.

Charisma on television is the icing on the cake — but it is not the cake. The cake is good judgment and an ability to understand the duties of the office and the complicated, ever-changing world we live in. In recent years, Americans made a professional wrestler the governor of Minnesota, a Hollywood superstar the governor of California, and a reality TV show-hosting billionaire the president. It is fair to wonder whether voters have started to think one of the government’s duties is to entertain the masses.

A crisis on the scale of the coronavirus shows we don’t need any more “stars” in our government. We need leaders with good judgment.