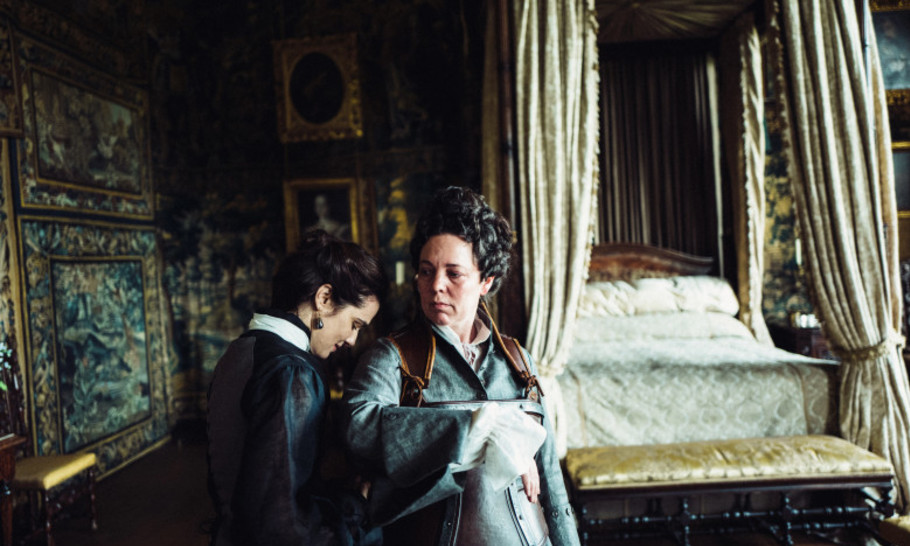 Three of the most visible popular cultural texts of the past few months, the multiple-Oscar-tipped period film The Favourite, Phoebe Waller-Bridge’s BBC crime drama Killing Eve and Sally Rooney’s bestselling debut novel Conversations with Friends, are evidence of a shift whereby queer female identities are at last gaining a modicum of mainstream exposure and legitimacy.

This change signals a much-needed move to bring the representation of Sapphism on a par with that of its male counterpart. While male stars from Oscar Wilde to David Bowie have made hip male gayness old news, lesbian icons are fewer and further between. Still frequently relegated to cult status, queer female figures in fiction have until recently been consigned to more literary or niche arthouse fare – such as Jeanette Winterson’s UK school-syllabus autobiographical novel Oranges are Not the Only Fruit (1985, later adapted for BBC Television) or “sophisticated” film dramas such as My Summer of Love (2004) or the French Blue is the Warmest Colour (2013).

More recently, US/Iranian film-maker Desiree Akhavan’s cinema and television work, including the 2018 film The Miseducation of Cameron Post, has been trailblazing yet remains outside truly mainstream circuits. But the glut of extremely popular stories about female-female desire proliferating across media suggests that mass culture is finally catching up.

But the resistance to normalising lesbianism is still a long way from being overcome. Several reviews of Conversations with Friends, widely hailed as announcing the voice of a new generation, emphasise the book’s originality in interrogating the meaning of friendship in the contemporary era – where your girl buddy may double up as a lover.

Yet readers of the novel could be forgiven for thinking they had strayed into a 19th-century Gothic novel such as Jane Eyre, given the focus of its central plot on a heterosexual romance between a neurotic young woman and a handsome and physically imposing troubled strong and silent type. The romantic relationship between the book’s protagonist Frances and her close female friend Bobbi barely gets a look in. Encounters between them are not described with anything approaching the rapturous eroticism of lines such as: “He put his hand on my waist and I felt my whole body lift toward him”. This very old-fashioned description emphasises a binary approach to sex in hackneyed terms of male dominance and female submission.

Rooney has frequently been compared to Waller-Bridge (as well as Lena Dunham, all three being linked by a commendably down-to-earth approach to depicting the female body). Killing Eve also remains superficial, not to say gimmicky, in its depiction of lesbianism. An adaptation of Luke Jennings’s Codename Villanelle novella series, the BBC drama is noteworthy for its woman-centric casting as well as its portrayal of a female serial killer played by Jodie Comer. Comer’s Villanelle is openly bisexual and the story’s key twist is that the mutual fascination that exists between her and her pursuer Eve (the Golden Globe-winning Sandra Oh) may be sexually motivated.

Like Rooney, Waller-Bridge is innovative in thinking through the radical social implications of lesbianism’s expansion in fiction as well as life. Classical theories of narrative – including 20th-century Canadian literary theorist Northrop Frye’s influential account of Shakespearean comedy – have identified one of Western fiction’s key stories as based on the exchange of women between men (typically fathers and suitors). More recent commentators such as the cultural theorist David Shumwayor the feminist and queer theorist Eve Kosofsky Sedgwick have seen this narrative as a cornerstone of how Western culture understands itself.

Conversations with Friends and Killing Eve both see the subversive potential of women’s liberation from this framework, recognising lesbianism as a game-changer. Reducing international spy operations to a flirtation between women is gently revisionist in the context of male-dominated crime fiction. Yet Eve’s libido is never fully explored, her queerness caricatured as a phallic gesture of dominance when she stabs Villanelle in the stomach on a bed in the series’ final scene.

Villanelle’s lesbian urges are meanwhile paired with and sometimes indistinguishable from murderous ones. This combination contributes to the series’ second key conceit, which relies on the incongruity between the actress Comer’s feminine appearance and attractiveness and her character Villanelle’s ruthlessness and psychopathy.

The Favourite stakes a claim to status as the most progressive of the recent texts in its representation of female queerness, at least in terms of the sheer significance it accords to lesbianism. Something like a post-MeToo riposte to the Henry VIII narrative as recently popularised by Wolf Hall, which saw the fate of the church altered by Henry’s desire for Anne Boleyn, the film suggests that Queen Anne may have decreed an end to conflict with France in order to please a female lover being bribed by an MP. Such a reimagining of history as a function of inter-female relations is bold.

Olivia Colman’s virtuoso performance as the reputedly lesbian Queen Anne is facilitated by delicious, taboo-busting lines, such as her retort to her long-term lover Lady Sarah Churchill (Rachel Weisz) that she doesn’t think she will send her new maid (Emma Stone) away because she enjoys having the latter’s tongue inside her. Merchant Ivory this is not.

Neither the queen’s infantile tendencies nor her maid’s scheming ways move very far from negative stereotypes of femininity. But these behaviours are positioned as reactions to an intolerable lot that in both cases is gender-specific – Anne has lost 11 children and her maid has been sold as a concubine. Moreover, casting such accomplished and popular actresses as the embodiment of female queer is itself a symbol of progress.

All these texts are moving in the right direction – and probably about as quickly as broad audiences will allow. After all, such fictions remain embedded within a (patriarchal) culture still keenly aware of the threats to the status quo that the mainstreaming of Sapphism implies.

Mary Harrod is an Associate Professor at the School of Modern Languages and Cultures, University of Warwick