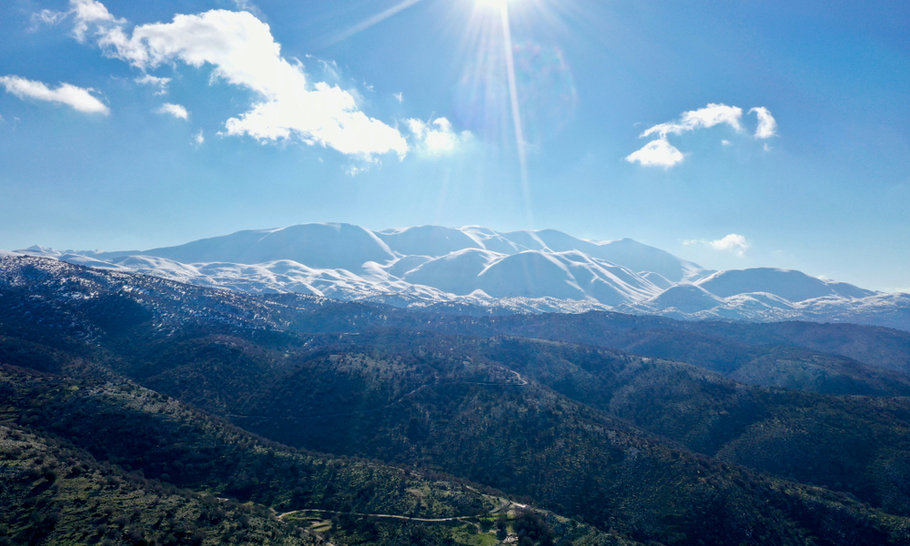 I am sorry to say that I am not fully conversant with Greek wines, even if in recent years I have been increasingly impressed by what I have tried. It would help matters if I knew the terrain, for wine writers are like military historians – who need to “walk” the battlefield. In our line of business, we have to “taste” the soil and experience the landscape.

I have only been to the Greek mainland once, and only made one journey to the islands, and the Ionian islands to boot. On that occasion I went to a friend’s estate in Ithaca where the wine was so volatile it was less a matter of it being “good poured with fish and chips” than it was best poured on fish and chips. I took a sample home with me to show to the late, great Austrian winemaker Luis Kracher. Luis came to the conclusion that the vinegar enzymes had got into the grapes before fermentation, and the vineyard needed to be replanted, root and branch. There was some consolation in the wines from the neighbouring island of Kefalonia, the Ribolla Gialla in particular, a lovely grape variety which had been dropped there by the Venetians.

Since then, I have discovered the enchanting Assyrtiko wines of Santorini, sweet and dry. Santorini’s largest neighbour is Crete, one-time home to the Minotaur. The story of Theseus and Ariadne provided Wagner with ideas for how to dress up Siegfried and Brünnhilde with themes wholly absent from the official source, the Nibelungenlied.

Cretan wines have had less press than many others since Greek wines began their cycle of improvement in the nineties. My friend Rosemary Barron, author of The Flavours of Greece, and who has run a cookery school on the island, kindly recommended Lyrarakis Winery in the village of Alagni, just a little south-west of Heraklion and King Minos’s palace at Knossos. The vineyards are on the foothills of Mount Psiloritis, which rises to 3,000 metres (pictured), and the secret of the best Cretan wines is that they are high grown, which means cool nights and enhanced aromatics. I assume they are mostly north-facing? At the sort of summer temperatures I imagine confronting south-facing slopes in Crete, the grapes would be exposed to a pitiless sun.

The Lyrarakis family have been making wine in the Heraklion Prefecture since 1966 and they have distinguished themselves by reviving ancient Cretan cultivars in preference to the international ‘Mac’ varieties (although they make some of those as well). From 1992, the brothers brought the Plyto and Dafni varieties back to life, bottling them for the first time in 1996. In 2010 they planted Melissaki. The results are as striking say, as that first mouthful of a good dry Assyrtiko from Santorini.

I started with the 2019 white Dafni from the Psarades vineyard, which rises to 480 metres. At twelve per cent alcohol by volume, I envisaged something quite light. “Dafni” means laurel or bay in ancient Greek, and the wine is supposed to taste of herbs. For me it was fresh mint and thyme but there was an overall impression of freshness and zing and a structure that kept delivering over and over again. There was certainly no shortage of power.

The 2019 Melissaki (Melissaki means “little bee”) from the Gero-Deti vineyard is an orange wine made traditionally without using the preservative sulphur. If you spurn sulphur, white wines will lose their brightness and go “orange”. It comes from the foothills of Mount Psiloritis and is actually a striking gold-amber colour. This wine required a lot more coaxing than the others but, in the end, it reminded me of brown bread and peaches. On the palate it tasted a bit of ash. It was also very long, and highly individual. For stockist enquiries visit https://thormanhunt.co.uk

The 2019 Thrapsathiri came from the Armi vineyard, which lies at 500 metres above sea level. Armi means “mountain-top”. At fourteen per cent I was expecting a strapping white wine. At first the nose yielded little more than a faint smell of dried apricots, but like all good wines it grew in the glass. Again, there was the filigree structure that kept coming and going and a creaminess that filled the mouth, finishing with a taste of lemon zest: a really super wine.

The 2019 Liatiko from the Aggelis vineyard was the only red wine I tried. The colour wasn’t deep, but at fourteen per cent I expected a Minotaur. The vines were planted on their own roots in the 1930s at a height of 580 metres. Like the other wines it grew substantially in the glass and might be all the better for pouring into a jug a few minutes before you plan to drink it. The overwhelming impression was of sour cherries but there was a bit of blackcurrant on the finish too with some of that dried herb character that the French refer to as “garrigue”. It was beautifully juicy.

Palates can be jaded by wines that have are déjà vu; endless Bordeaux-style blends, Burgundy-style Pinots, imitation Chablis and Meursaults, Rhone-blends (the list is endless), but when a new taste comes along, it can be a truly exciting moment and that’s precisely how I felt about these Lyrarakis wines.