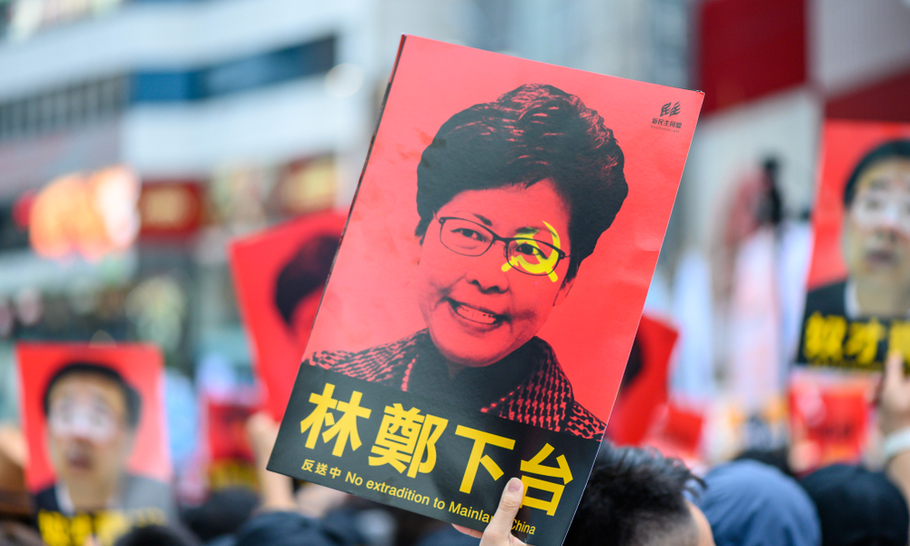 The protest movement in Hong Kong is the kind of thing that changes the way people think about the future.

For Hong Kong, the uncertainty is self-evident, and is about the city-state’s status as Asia’s premier financial centre, especially with a more settled and stable Singapore eager to capitalise. For China, though, the protest movement has both direct and indirect implications. Hong Kong is China’s window on global finance and vice versa, and acts as a conduit of capital, clout and kudos into and out of China. China risks, therefore, losing the benefits that Hong Kong bestows.

There’s a potentially more damaging shock, though, which derives from the role that Hong Kong now plays in Sino-US relations and the way in which it could push the so-called trade war into new conflicts over finance and capital markets. This would hurt China, and undermine global financial markets at an awkward time in a lot of places.

Though there seems to be a bit of a hiatus in the global news coverage of protestors and police fighting pitched battles, the movement’s lunchtime protests, albeit with smaller crowds, continued throughout last Friday. On Thanksgiving a few days ago, thousands of demonstrators carried American flags in what must be a deepening source of discomfort and embarrassment for President Xi Jinping.

This won’t have been helped by the US Congress decision to pass the Hong Kong Human Rights and Democracy Act 2019, which President Trump signed into law last week.

The Act allows Congress to review annually whether Hong Kong’s autonomy is sufficient to treat it as a separate customs territory, and if not, to treat it just like China. The US might also wield its dollar weapon and sanction officials who are found to have violated human rights. To help this along, the protestors have drawn up a list of possible “suspects” including Carrie Lam, the Chief Executive of Hong Kong, as well as two former police chiefs, the head of the Liaison Office, which is China’s representative office in Hong Kong, and the present Justice Secretary.

The Chinese response to the passage of the Act was predictably angry, and unspecified retaliation was threatened. In this spirit, one news agency head warned it might include banning orders against the drafters of the US legislation. Whatever happens, though, China has at least three major reasons to worry about Hong Kong.

First, if the US did take action, Hong Kong’s status would suffer as firms and the international talent pool that resides there woke up to Hong Kong’s loss of free-port and financial centre status, to the new tariff costs, and a more subdued, perhaps more hostile, business environment.

Second, Hong Kong’s stability is founded on the “peg”, the fixed relationship of the Hong Kong and US dollar. If Hong Kong experienced capital flight, and its healthy war-chest of reserves to defend the peg were drained, Hong Kong’s economy and status would be torpedoed. This would most likely send strong, turbulent waves into the mainland, undermining China’s renminbi, financial system and economy.

Third, if events were to turn out this way, souring Sino-US relations further, the US could extend the so-called trade war to finance and capital markets. The two countries have a financial relationship that runs to perhaps around US$5 trillion, including stock market listings, holdings of equities and bonds, loans, and Chinese ownership of US Treasury and other bonds.

There are currently bills in Congress that threaten to de-list Chinese firms from US stock exchanges unless they conform to US audit regulations, and to restrict US public pension funds from investing in certain Chinese companies deemed complicit in human rights violations. These are in addition to the Entity List, which already informs US firms and their suppliers of designated Chinese (mostly tech) companies to whom they are restricted or forbidden to sell goods and services.

China likes Hong Kong as it is. It remains a rule of law territory, for businesses at least, famed for the quality of its regulatory oversight, low taxation, talent pool, and free movement of capital. It has developed and propagated the many ancillary services that make finance for enterprise and investment work, such as those in law, financial expertise, securities structuring and trading, accounting and fintech. These sources of expertise are of crucial significance to the mainland, and to the 8,500 companies that run their China businesses from regional or global headquarters in Hong Kong.

It is a crucial pipeline of foreign capital into Chinese equity and bond markets, of foreign borrowing in US dollars — on which China is becoming more dependent now that the balance of payments position is much weaker, and of inward investment. Almost half of inward investment into China comes from Hong Kong, much from mainland companies engaged in “round-tripping”, that is, using the advantages enjoyed by Hong Kong as a base from which to invest in the mainland.

About half the companies listed on the Hong Kong stock exchange are mainland companies, and the city-state remains a significant venue for companies that want to raise capital and engage in trade finance. China also uses Hong Kong to both pilot and experiment with financial innovation and liberalisation, and promote the (mostly futile) campaign to internationalise the renminbi.

China, then, has an awful lot to lose if the authorities in Hong Kong and Beijing fail to address the instability and grievances in Hong Kong. Unrest in this major Chinese city has an array of economic and financial complications at a bad time for China, economically speaking.

Politically, though, Hong Kong is precisely what the leadership in Beijing don’t need. A situation they can’t really control when control is what they crave, and the epitome of the tension between economic aspiration and political reform they are so afraid of on the mainland. They would like to be rid of it.