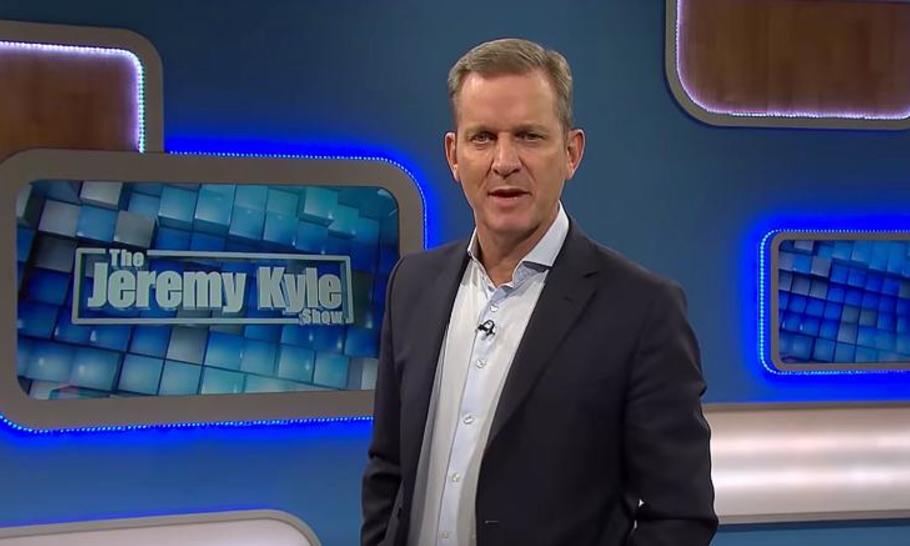 “Where do they keep finding these people?”

It’s a question that will be familiar to many of us who, at a loose end on a week day during a holiday or sick leave, have flicked through the channels and landed on an episode of the Jeremy Kyle Show. A never-ending parade of unfortunates, from the drug-addled to the illiterate, would flash before us, shouting, shrieking, crying and swearing their way through the hour, spittle flying from between their teeth as the torturous temerity of their life afflictions were laid bare before the nation.

This week, it emerged that after 14 years and over 3,000 episodes (yes, really) the programme is to be cancelled after the death of a guest. In many ways, it’s surprising that no-one had died before, given the levels of alcohol, obesity and drug use so often on show before us.

It is a wretched tragedy that it has taken a death to bring the circus to an end. But ultimately, I am disappointed that it has ended.

But as I grew up and travelled to some of the places where the motley crew of guests could conceivably have been drawn from, the show began to disgust me. Not the people themselves, but the situations they found themselves in.

For all the trauma caused by the Brexit referendum, and the claims that people ‘didn’t see it coming’, the grim reality is this: we had a warning that resentment, anger, unbearable sorrow and despair were bubbling up in Britain; it had been aired almost daily since 2005 on mainstream TV. Generations of unemployed, broken families, without the resources to ever better themselves and chained to a twin cycle of government handouts and substance addiction, have been in front of our noses for the best part of 15 years, desperate for the chance to vote for something – anything – which might improve their lives. We laughed at how many paternity tests the show would air, and the number of times it would advertise the question ‘Do YOU need to know who’s the father of the baby?’, but there, right there, was the human misery we were happy to brush under the carpet. The instability of upbringing, lack of guidance and fear for the future that countless people born into such communities suffer could be summed up in that one question.

Brexiteers are from a broad church, and as many affluent middle class people voted for it from Surrey and Kent as did from the council estates of Lowestoft, Burnley and Stoke. But a great many people did vote Brexit, and UKIP before it, from these forgotten corners of the country. Their communities, ‘shat on by Tories, shovelled up by Labour’, have quite literally been of no value to those with any clout, and the only worth to be found in their residents by people for whom life was good was as caricatures on a TV show.

It’s disgraceful that despite this walking, living, breathing advert for everything going wrong deep in the bowels of the nation, the show wasn’t cancelled because it was no longer relevant. It didn’t disappear from our screens because the sort of people it wanted to exhibit were no longer to be found, or because society had become disgusted by it, or because government at any level had put any effort into addressing the problems it highlighted. It was cancelled because someone actually died.

Cancelling it, now, just serves to save ITV from embarrassment. Not just its own embarrassment, but the nation’s. Here we are, more than two years since ordinary, poor, wealthy, educated and uneducated people of all backgrounds, and including the most destitute, voted for something to change in their country. Politicians and the powerful still try everything to avoid it. Here we are, almost 15 years since this awfulness first aired on our screens, under a Labour government, at the tail end of over a decade of its rule and with five more to go, and with a Tory party on the horizon pledging to ‘hug hoodies’ and change ‘broken Britain’. And what has changed?

I’m disappointed the Jeremy Kyle Show has been taken off air. Because in over 3,000 episodes of it inadvertantly telling us ‘Look, just look, at how these people have to live!’ I don’t think we learned a damn thing. What a waste.