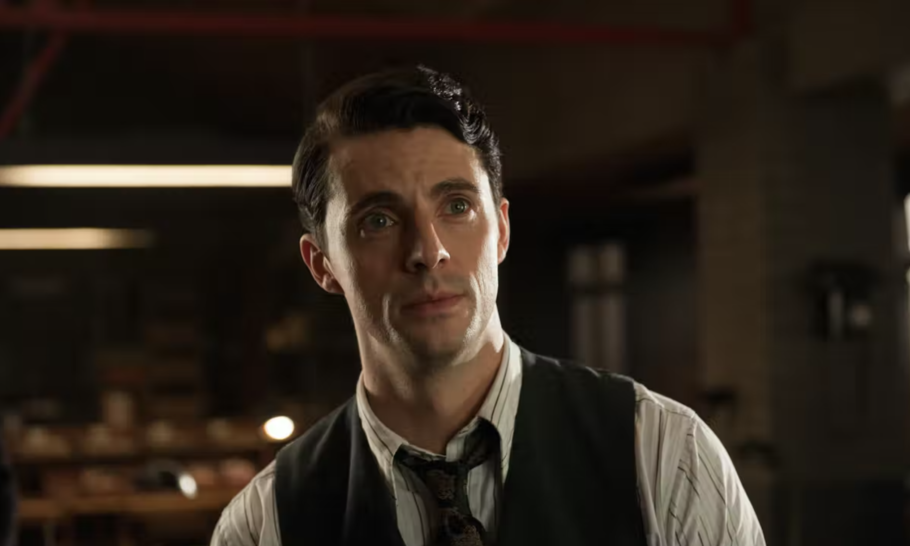 Hugh Alexander as played by Matthew Goode in The Imitation Game

With Russian aggression against Ukraine continuing unabated, this week’s column recalls earlier Soviet atrocities perpetrated against its own citizens and those of neighbouring countries, notably Latvia. This year’s Olympiad, or world tournament for national teams, has not only been relocated from Moscow, for obvious reasons, but has attracted a record breaking 187 federations, coming to the replacement city of Chennai, India. According to Nigel Short, the governing body’s Vice President, this is a monumental achievement for the All-India Chess Federation, which only stepped in as organiser at a metaphorical five minutes to midnight.

The 8th Chess Olympiad, organised by the Fédération Internationale des Échecs (FIDÉ), took place between August 21 and September 19, 1939, in the Politeama Theatre in Buenos Aires, Argentina. It coincided exactly with the outbreak of World War II. Not only was Buenos Aires the last Olympiad for over a decade, it was the last such event for one of the heroes of the competition, the now largely, if unjustly, forgotten Latvian Grandmaster Vladimirs Petrovs.

Following the conclusion of the 8th Olympiad, the Chess Team Tournaments were suspended indefinitely, due partly to global hostilities and then to economic concerns in conjunction with World War II; the next Chess Olympiad would not be held for a further eleven years until 1950.

In 1939 there was also a record number of entries for that time, with twenty-seven teams taking part. This compared with the nineteen nations participating at the previous Olympiad; the substantial increase being primarily due to the interest shown by other Central and South American nations, including Cuba. The debutant Cuban squad was led by the great former World Champion, José Raúl Capablanca, on top board.

Due to prevailing political conditions, namely the Anschluss of the previous year, the prominent Austrian players Erich Eliskases and Albert Becker were now playing under the German flag. Official sources referred to the Czechoslovak team as “Bohemia & Moravia”, soon to be under the “Protectorship”’of the notorious Nazi zealot, Reinhard Heydrich.

Following the Preliminaries, the teams were qualified into Final Group A or Final Group B, with the former contesting the Hamilton-Russell Cup and the latter playing for the “Copa Argentina”, a consolation award presented by the Argentine President. The London clubs , such as the RAC and Athenaeum, still compete for another Hamilton Russell Trophy.

The preliminaries took place from August 21–31, 1939. There were three groups of 7 teams and a group of 6. From a round-robin format, the top four in each group then went forward to Final A, the remainder to Final B. Group winners were Bohemia & Moravia (tied with Poland, Group 1), Latvia (Group 2), Argentina (Group 3) and Sweden (Group 4). Group 2 contestants will figure prominently as this column progresses.

The finals commenced on September 1, the very date of the outbreak of World War II. This led to great consternation amongst the European teams, although most players wanted to continue. The England team, despite having qualified for Final A, were the only team to return home immediately and their place was not filled. Three of the five English representatives — Conel Hugh O’Donel Alexander, Stuart Milner-Barry, and Harry Golombek — decided to go home and help win the war against Hitler. All three were soon recruited for secret work at Bletchley Park, the British code-breaking centre during World War II. Alexander, as a character, played by Matthew Goode, appears prominently in the movie, The Imitation Game, about the life of the genius Alan Turing, portrayed by Benedict Cumberbatch. In fact, it was Milner Barry, not Turing, who approached Churchill for extra funding to break the Nazi codes. Golombek, later to become OBE and Grandmaster Emeritus, was the sole Jewish master of the trio, and he personally told me how motivated he was to get back home and defeat the persecutors of his relatives. He took the war against Hitler very personally.

Concerning the remaining delegations, a crisis meeting was assembled to vote on the next step; this comprised team captains, the hosts and organisers. Leading roles were taken by World Champion Alekhine (France), Tartakower (Poland), Becker (Germany) and the president of the Argentine Chess Federation, Augusto de Muro. The ultimate decision was to continue with the Olympiad.

At the conclusion of the team event, won by Germany, ahead of Poland and Estonia, many participants decided to stay in Argentina or transferred elsewhere in Latin America, rather than face a dangerous future by returning to a Europe in the throes of war. The players affected included such celebrities as Miguel Najdorf, Gideon Ståhlberg, Erich Eliskases, Ludwig Engels, Albert Becker, Jiri Pelikan and Moshe Czerniak. Most of them were Jewish and had come to Buenos Aires in August 1939 on the Belgian steamship Piriapolis. It was interesting to see the effect of this transmigration of powerful matadors of the mind. When global chess restarted in the 1950’s, no fewer than three Argentine Grandmasters qualified for the World Championship Candidates tournaments, namely Najdorf, Pilnik and Panno.

Significantly, and in contrast to the England team, all five members of the German team (Eliskases, Michel, Engels, Becker, Reinhardt) chose not to return to Nazi Germany. This was a wise decision, since the Nazis diligently hunted down and liquidated Jewish masters (Landau, Appel, Przepiorka…) who returned to or remained in Europe, while Stalin accounted for many others, not restricted to those of Jewish origin. Many such tragic cases are recounted in two new books from Elk and Ruby, who specialise in unearthing chess documentation from the disreputable past of Russia/the USSR.

The first is The Lubyanka Gambit by Sergei Grodzensky, which covers the liquidation by Stalin of no fewer than fourteen chess luminaries, including, ironically, Commissar Nikolai Krylenko, the political Godfather of the Soviet Chess Imperium. Astonishingly, several games by this monstrous blade of the Stalinist regime have survived and appear in the book.

The companion volume is Hero of the pre-war Olympiads: Grandmaster Vladimir Petrovs, by Dmitry Kryakvin and Galina Petrova-Matisa, Petrovs’ wife, who survived the Stalinist purges. Petrovs it was who led the Latvian team in the Buenos Aires Olympiad, where he won the Bronze Medal on board one, without loss, scoring only slightly fewer wins than the former and reigning world champions, Capablanca and Alekhine.

A couple of curious facts emerged from this book concerning those two chess titans. In fact Alekhine made the overall best score on top board, and should have won the gold medal. However, the organisers, more well disposed to their fellow Latin American Capablanca, decided to discount the results of the preliminaries, and on Final Group results alone, Capa squeezed ahead by 77.3% to Alekhine’s 78.125% — had the preliminaries also counted. To make matters worse, Capa ducked out of his scheduled games against Keres and Alekhine himself, sending a reserve in to bat instead, and thus avoided his most dangerous opponents. No wonder that Alekhine was said to be fuming during the prizegiving ceremony.

This book tells the story of one of the most enigmatic and tragic figures in chess history – the Latvian Grandmaster Vladimirs Petrovs (1908-1943). His name was struck out of chess literature for decades. His games and biography are largely unknown to the public – even though Petrovs defeated Alekhine, Fine, Reshevsky, Boleslavsky and many other great players of the past, gained prizes at supertournaments including joint first at the famous Kemeri 1937 tournament, and performed strongly for Latvia at Chess Olympiads. According to the Chessmetrics website, Petrovs was ranked no.14 in the world in November 1938, and his performance at Kemeri 1937 was 2709. He had an equal (2.5-2.5) lifetime score against Alekhine.

In the first part of this book, grandmaster and chess historian Dmitry Kyrakvin instructively analyses Petrovs’ career through 52 games and fragments. As well as the above players, opponents include Smyslov, Euwe, Bogoljubov, Keres, Stahlerg, Flohr, Spielmann and many other global stars of pre-war chess. In the second part, Petrovs’ widow Galina Petrova-Matisa recounts the tragic fate in the Soviet Gulag of her husband and other family members and her search for the truth of what happened to Petrovs. She further provides biographical details of their short, blissful family life for four-and-a-half years, including unforgettable meetings with the world’s strongest chess players and their families. The work contains a large number of rare family and tournament photos and overall amounts to an amazing tribute to a Grandmaster whose reputation would have been consigned to oblivion, had Stalin and his cohorts of terror had had their way.

This week’s games: a win by Petrovs from his undefeated bronze medal run in the Buenos Aires Olympiad, plus three England wins from the same event by the heroes to be of Station X at Bletchley.

Raymond Keene’s latest book “Fifty Shades of Ray: Chess in the year of the Coronavirus”, containing some of his best pieces from TheArticle, is now available from Blackwell’s.