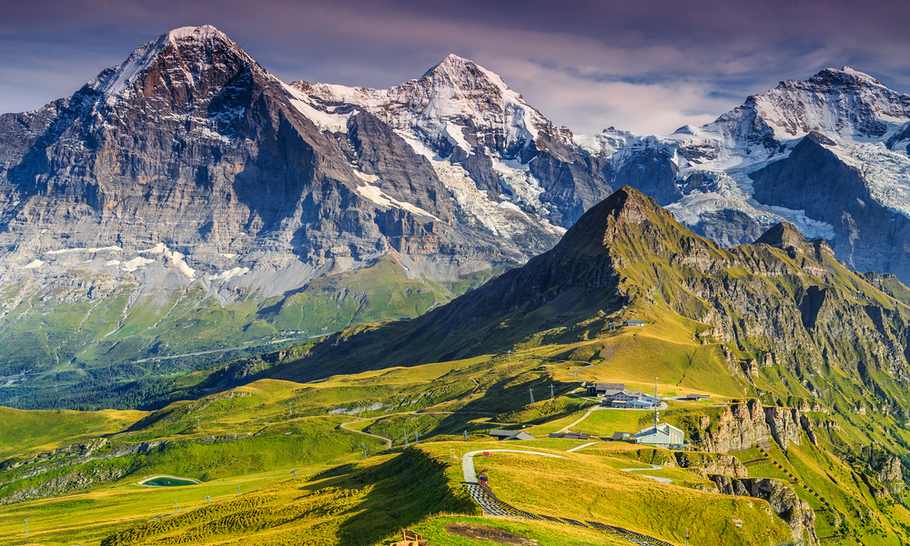 The French author Blaise Pascal observed, “All of humanity’s problems stem from man’s inability to sit quietly in a room alone.” Our hermetic existence, forced confinement and lack of individual choice has created intense anxiety. But isolation can also provide time for reading and reflection. They lead us inward, encourage us to draw on our intellectual and spiritual resources, to think seriously about the meaning of life and death. We can gain new insights and understanding, serenity and wisdom — if not reassurance and comfort — from great literature.

In Thomas Mann’s finest novel, The Magic Mountain (1924), the diseased inhabitants of a luxurious tuberculosis sanatorium in the alpine town of Davos, Switzerland — a kind of high-altitude cruise ship — symbolise the sickness of European society. The novel illuminates the patients’ psychological reactions, their denial or acceptance of their illness. Some think it is serious but not hopeless; others think it is hopeless but not serious. The expensive and often painful treatments never cure anyone. Anxious and fearful, patients either die, or leave, or return to die.

Mann sets his novel, which takes place from 1907-1914, in a strange and artificial atmosphere where the most dramatic and fatal disease of the period is treated.

Tuberculosis, like the virus that threatens us today, was a highly infectious disease that had no cure. Despite the extreme differences in age, temperament, nationality and language, the cosmopolitan group of sufferers are bound together by their illness and threat of death. Mann transports his young German hero, Hans Castorp, from the northern port of Hamburg to the top of a mountain in a landlocked country. The magic mountain casts a potent spell and transforms everything that was once familiar: from cigars, fever, weather and time to ideas, love, disease and morbidity.

Mann anatomises his country’s mentality and describes the reactions of a thoughtful German during a time of international disorder. He uses realistic clinical details for satiric and tragic effect; portrays a medical institution and relates this special world to the ideological crises that led to the carnage of 1914. Like the frightened people today, Mann considers whether this warlike state of anxiety and uncertainty (symbolised by disease) is abnormal or normal; whether it is inherent in European society (symbolised by the alpine milieu) or subject to cure.

In the illusory isolation and hermetic enchantment of the Alps, neither time nor temperature conform to the familiar standards of the flatland. In the weird unreality of sanatorium life the patients constantly attempt to escape from invalidism and suffering.

Like most people today, the patients in this luxurious ambiance have a desperate need to find distractions and suppress their fears about impending death. They enjoy the spectacular scenery and mountain walks. They take the horizontal rest-cure, wrapped up on their wintry balconies like mummies, and like the dead they do not feel the cold. They eagerly take part in festive drinking, speeches, gossip and celebrations. They shamelessly obsess about their fever and symptoms, and boast about the severity of their illness. They are diverted by music, lectures, séances, hypnosis, psychoanalysis and the recently discovered X-rays. The current survivors comfort the moribund and visit the new gravesites.

Loose morals prevail among the ill and idle young patients who seek relief from boredom and pain, from humiliating treatments and fear of death. Stimulated by leisure, isolation, fever and the emphasis on the body, uprooted from family ties and unrestrained by conventional mores, they plot secret assignations. They climb over the partitions that separate the balconies, sneak in to rooms at night and hedonistically indulge in sexual promiscuity.

Hans eagerly accepts his comfortably sequestered existence. He becomes educated in the sanatorium and his intellect develops with his disease. He is introduced to the pneumothorax procedure — the temporary, restorative collapse of one lung — by his exposure to the bizarre internal whistling of the morbid Half-Lung Club. In the course of the novel he changes from passive and submissive to active and assertive. He feels that some patients are ennobled by disease, and perversely emphasises the spiritual and moral over the physical and organic aspects of illness. By contrast, Hans’s cousin Joachim rejects the endless, futile treatment. Defying medical advice, he announces that he must rejoin his regiment “at all hazards” and breaks out of the sanatorium. But he is soon forced to come back and dies a slow, stoical death.

As in The Magic Mountain, most people today are depressed by the menacing medical reports, overwhelmed by the progress of the disease and traumatised by its effect on the human body. Imitating the doctors, Hans tries to see subcutaneously, to observe blood pressure, tissue tension, lymphatic circulation and what Mann calls “the dreadful welling up of the juices of organic dissolution.” Hans importunately asks Dr. Behrens, the head of the sanatorium: “What is the body? What is the flesh? What is the physical being of man? What is he made of? Tell us this afternoon, tell us exactly, and once and for all, so that we may know!” And Behrens answers quite simply, “water.”

Mann’s novel is structured by a series of polarities: health and disease, spirit and body, restraint and freedom, honor and shame, time and eternity. Just as we now have wildly conflicting attitudes toward the virus, so Hans is torn apart by four different medical and intellectual mentors. Emphasising the crucial connection, rather than separation, of life and death, Mann writes, “Interest in death and disease, in the pathological, in decay, is only one form of expression for interest in life.”

The doctors (like medical men today) try to understand and explain the etiology of the disease. Dr. Behrens ignores the spiritual and intellectual aspects of human beings, and believes tuberculosis is entirely organic. By contrast, his colleague Dr. Krokowski, a Freudian analyst, warns about the dire effects of sexual repression. He believes that “symptoms of disease are nothing but a disguised manifestation of the power of love; and all disease is only love transformed.”

Hans’s intellectual teachers also struggle to influence his ideas and control his mind. The Italian humanist Ludovico Settembrini believes that man is essentially good and society perfectible; that disease, which restrains man’s freedom, is abnormal. He thinks disease is dehumanising because it destroys intelligence and courage along with tissue. The totalitarian Jesuit priest Leo Naphta believes man is basically evil and society corrupt; that illness, which reflects this depraved condition, is normal. He thinks disease is ennobling because it exalts the mind as the body decays and makes the victim more tragic and sympathetic. Both combatants follow their fanatical principles to the bitter end. In their duel Settembrini, to defend his honor and uphold his humanism, fires into the air. Naphta, to humiliate his adversary and win their argument, shoots himself in the head.

Toward the end of the novel violent hostilities also erupt in the sanatorium — rising tempers, acute irritability, nameless rancor, anti-Semitic outbursts, rash challenges — that foreshadow the coming of World War I. As war breaks out Hans finally leaves the sanatorium, destined for death in the battlefields of Flanders.

The Magic Mountain provides valuable insights about our current crisis. Mann describes the frightening contrast between appearance and reality, between a patient’s external beauty and inner decay. The apparently healthy look of most people today can disguise their potentially fatal contagion. The capitalistic sanatorium is run for economic profit. Their doctors deny reality — no one is ever cured — and falsely claim that colds cannot exist in high altitudes. In the same way the American government, emphasising economic profit over public health, has offered false encouragement, and denied the severity and possible duration of the epidemic.

Mann suggests that in this pathological atmosphere helpless people, accustomed to living in mass society, blame their irrational behavior on some indefinable power. Similarly, the American government — claiming expertise yet incapable of effective action and avoiding responsibility — has called it the “Chinese virus” and compared it to the comparatively mild symptoms of the flu. The characters in the novel represent a microcosm of dying Europe before the outbreak of the cataclysmic war. The economic vulnerability, need to obey, personal degradation, lack of freedom and fear of absolute rule reveal the current threat of a totalitarian regime. Homer’s Iliad declared that one evil man could destroy an entire city. Thomas Mann warns that we must be aware of the decay of society in order to cure it.