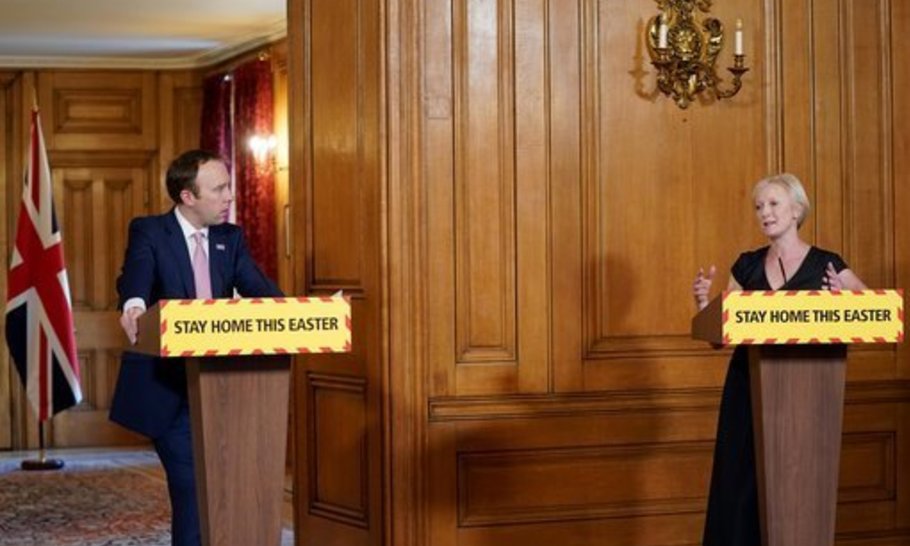 This time 24 hours ago I set out twenty questions I felt ought to be put to ministers at yesterday’s briefing. The feedback, here and across social media, suggested many shared my frustration at these important daily events, frustration not just at the government evasion and lack of transparency, but also the generally poor questioning by the journalists.

There were media heavyweights among those backing what I was saying: Andrew Neil, Adam Boulton, Mark Austin, Emily Maitlis, Piers Morgan, Matthew Amroliwala among them. Others with a very different kind of media experience chipped in from the sports world — Joey Barton, Gary Neville, Jamie Carragher. A lot of people are watching these briefings, and many are getting fed up with them, and will soon give up, making it harder for government to communicate at a time when communications really matters.

One of my 20 questions got asked. The other 19 still need to be at some point, and the sooner we have Parliament back the better.

The one that got asked was Question 7: “Can I ask how many frontline NHS workers have died from Covid-19, and has there been an investigatory  process so lessons are learned and this doesn’t happen to their colleagues?”

In what future seminars on leadership failure will study for years ahead, Matt Hancock, the political head of the NHS, the man who keeps talking about “my colleagues on the frontline” in an effort to associate himself with the more heroic part of the government response to this disaster, said these words. “I think this is a question for you Ruth,” throwing the ball — to use a phrase used by the Prime Minister when he did likewise at an earlier briefing — to Ruth May, Chief Nurse (see the photo above).

I actually gasped as Mr Hancock said it. The gasping continued through an evening when I felt so angry I had to be restrained by my partner from going over the top in my twitter tirade, and eventually turned my phone off. What else can one do but get angry though, watching on as government and media fail to discharge their responsibilities to the public?

I am still angry and gasping at the thought of it now, when I see how so few in the media bothered to gasp at all, and how the Opposition stayed relatively silent too. Papers like the Sun, the Times, the Mail, the Telegraph, the Express and others avoid actually spelling out what is happening, opting either for speculation about the future, or soap opera personality stuff. It is hideous to behold.

Had this been a minister in the Labour government, in a similar situation, showing such a lack of empathy for the people working and dying in service of the public, trying to clear up a mess in part created by government decisions as the crisis began, the media and the Tories would have gone into 24/7 meltdown. Tony Blair and I would probably have had a discussion, as I went to deal with the media fallout, about whether actually the minister could carry on.

Think back to the Sun and the rage they splashed all over the front page when they decided Gordon Brown’s handwriting in a letter to the widow of a dead soldier was insufficiently dignified for the moment. I wonder if Mr Hancock or anyone else (see question 14 yesterday) has written at all, never mind in bad handwriting, to the families of the doctors and nurses, carers and public transport workers who have lost their lives, in some cases surely because protective equipment promised by the Prime Minister “by the end of the week” on March 15 was not delivered?

This is the same Sun that is currently covering this crisis as a Mills and Boon love story for Boris Johnson. So the welcome news of the Prime Minister being moved from intensive care is splashed with the headline “now that’s a Good Friday.” This on the day the death toll reached new heights and suggested we were heading to an even worse outcome than Spain or Italy. Good Friday. What planet are they on? Sadly, we know the answer. The Murdoch planet, where if Rupert says they have to be pro-Boris, whatever the realities, they go into overdrive.

I wish Mr Johnson no ill will in his battle with a horrible illness. But his sickness is being used by his supporters to distract from the realities of the catastrophe, a catastrophe which may well have been made worse by decisions he made — or more to the point didn’t make — early on.

It was hard yesterday not to gasp at Ruth May’s answer as well. She is the chief nurse of England, not the chief spokesman for Mr Hancock and Mr Johnson. She wished the Prime Minister a speedy recovery. Fine. But where was the empathy for the dead and dying? Where was the spelling out of the reality she must be hearing from nurses all around the country — that many nurses feel scared and badly protected? With what possible justification could she say that it would not be appropriate to say how many had died or to name them? And why did Mr Hancock not allow the reporter a follow up? –

First, she had not been asked to name them. The question was how many had died. As it happens, provided the families were content, as those named so far have been, including the son whose moving interview I later saw on BBC London, who was clear his doctor father had died because of failure to be properly equipped, it is entirely appropriate to name them. It is certainly not just appropriate but essential that the public can know how many have died and that all who work in the NHS are aware of the risks.

If Mr Hancock is doing the briefing today, he should begin with an apology, and then give the numbers he was asked for yesterday, along with the other data. He should pay a proper tribute to those who died. Not the formulaic “thoughts and prayers are with their loved ones,” which has been delivered dead-eyed day after day, but a tribute to who they were and what they did. And yes, a promise that all their deaths will be properly investigated.

As for the journalists, if he does not do that, may I suggested this question? “Why did you refuse to answer the question about the number of deaths of NHS workers yesterday? On what basis is it inappropriate to give that number? And will you apologise for this appalling lack of respect for people who have given their lives trying to save the lives of others?”

If it is another minister speaking today, he or she should apologise on behalf of Mr Hancock and the Chief Nurse, and do as suggested above.

The public are rightly giving the government a fair amount of slack right now, because the Prime Minister is ill, and the challenge is enormous. But they are making a monumental error if they think that goodwill can survive the consistent poor performance we saw both before and since Mr Johnson was taken ill. If they do not up their game on every level, they really are heading for meltdown, no matter how sycophantic the media.

Just bear this in mind — it is 22 years almost to the day that the Good Friday Agreement, which brought peace to Northern Ireland, was achieved. In just two days in 2020, half as many people have died from Covid-19 as died during 30 years of the Troubles. Sixty-seven British people lost their lives in the 9/11 attacks. Ninety-six died in the Hillsborough disaster. One hundred and seventy-nine UK soldiers died fighting in Iraq. Three thousand six hundred died in the Troubles. Almost 9,000 have died from Covid-19 already, not counting many more dying at home or in care homes, the deaths often recorded as caused by other conditions. But it is the virus that has taken them.

It is time that government action, and media coverage, reflected the scale of what is happening. Both are a long way off it.