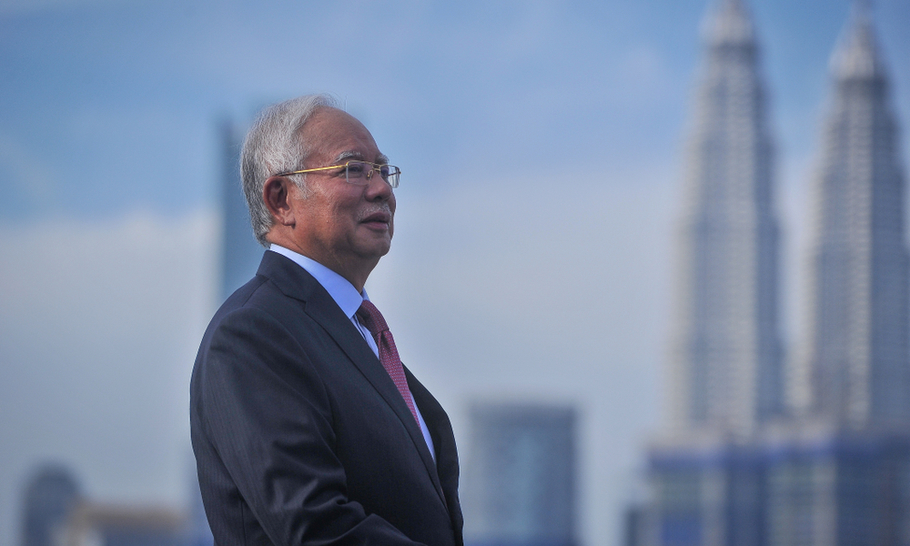 Waves from Malaysia’s 1MDB development fund scandal have started to lap against one of the world’s biggest banking fortresses. 1MDB was a government-owned fund, which was meant to invest its money in national projects. Instead, the money was siphoned off and used for personal ends by some very powerful people.

Jail sentences beckon for at least some of the bankers involved and also the former prime minister of Malaysia, Najib Razak, who has been standing trial for over a year in Kuala Lumpur after being turfed from power by an angry electorate. It has travelled a long way from when my anti-corruption portal The Sarawak Report revealed the first proof of the looting from 1MDB back in 2015.

Xavier Justo, a Swiss insider at the shell company PetroSaudi, which fronted as a joint venture partner to the fund, documented how $700 million was swiped into the Coutts Zurich bank account of an off-shore Seychelles shell company in a single transaction on the day 1MDB made its first “investment”.  That company was owned by Jho Low, a flamboyant Chinese Malaysian who acted as the “adviser” on the fund to then-Prime Minister Najib.

Over the ensuing three years, further details emerged as I and other journalists and investigators picked away at the vast web of malpractice. Late last month, the US Department of Justice (DoJ) confirmed that a total of almost $5 billion was taken from the fund. The good news is that the DoJ’s recovery operation has now recouped $1 billion-worth of stolen assets, in the form of a super-yacht, private jet, several Old Masters, high-end properties in New York, London and Beverly Hills, hundreds of millions of dollars-worth of diamonds, businesses and hotels, various Hollywood movies, and a whole lot more.

It was a Hollywood film that set me on the trail. The Wolf of Wall Street starring Leonardo DiCaprio, was made at a cost of a staggering $100 million. Appropriately, the movie documents the high living of a group of financial criminals and I had learnt that the producer who had found the money to make it was none other than the youthful step-son of Najib Razak, a Hollywood wannabe named Riza Aziz. At his side at all the launch parties was none other than Jho Low.

Jho Low’s blatant extravagance was in plain sight. I started following the money and chasing up leads through Abu Dhabi and the Middle East, Singapore, Switzerland, a number of off-shore entities, and finally to the United States and UK, where most of the cash was invested.

Once the FBI took up the chase through the DoJ’s newly-minted Kleptocracy Asset Recovery Unit, they found that the corrupt dollar transactions carried out in connection to 1MDB were easily traceable.

Already some 20 banks have faced fines and penalties for their role in handling the money. Switzerland’s oldest bank, BSI, lost its licence. Goldman Sachs is too big and powerful to face the same fate, according to conventional wisdom. However, its involvement was set out in a devastating 200-page shareholder suit lodged with the Southern District Court of New York late last month.

According to this latest class action, senior executives at the bank are alleged to have known about concerns surrounding three lucrative bond offers they raised for 1MDB totalling $6.5 billion. It is also alleged that senior Goldman staff over-ruled not only their compliance departments, but also a senior executive in Asia, who had flagged up the Malaysian fund’s “highly suspicious” desire for speed and secrecy.

Half of the cash raised through the three bond issues in 2012 and 2013 was duly funnelled into bogus off-shore accounts and then, allegedly, stolen.

Some $681 million from the third $3 billion bond, raised in just a matter of days in March 2013, had arrived in the personal account of Prime Minister Najib in Kuala Lumpur. In recent days, that country’s criminal court has heard in detail how Najib used the money as his personal slush fund to buy an election he called three days after the cash landed in his account.

Najib has claimed that he thought the money was a gift from an anonymous Middle Eastern royal who valued his role as a global moderate Muslim leader. However, Tim Leissner of Goldman Sachs, having pleaded guilty in a separate court case brought by the US DoJ, has testified that he and several colleagues at the bank knew that the deal involved paying bribes to Najib, his wife and officials at 1MDB. Leissner admits he assisted in the payment of some of those bribes.

Goldman’s share price tanked as details of its complicity in the scandal started to emerge (at its nadir the drop was 40 per cent) and the shareholder class action, led by a multi-billion dollar Swedish pension fund, is demanding compensation.

On Monday, Najob’s claim that the prosecution had failed to make a case was rejected by the judge. He will be forced to file his defence against some 40 criminal charges against him. He claims he was “shocked”. The new prime minister of Malaysia responded by saying that he was shocked that Najib is shocked; the evidence has, after all, been compelling. Najib has now electrified Malaysia by announcing he will take the stand and give evidence, leaving onlookers speculating how he will fare under cross examination, having publicly changed his story several times.

His present position is that he was duped from beginning to end by Jho Low, who went into hiding shortly after the scandal broke. Jho Low is widely believed to have gone to ground in China with a number of family members and former 1MDB staff, where he has undergone plastic surgery. Wherever he is hiding, he issues regular press releases through lawyers and publicists (paid for with stolen money) claiming he is the victim of politically-motivated investigations.

A clue to this baffling puzzle: Chinese state companies became entangled in various deals managed by Jho Low designed to get Najib off the hook over 1MDB’s missing money whilst he was still in power.

The latest bank to get caught up in the drama is the Bank of Cyprus, revealed last week to have processed some €5 million through an account opened for Jho Low as he purchased residency and a passport on the island. Three years on and there are new stories every week.